Super Bowl LV time, date and everything you need to know about the game 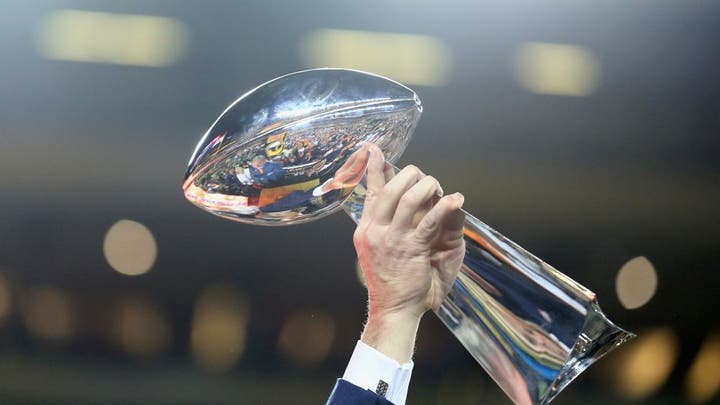 Super Bowl LV is hours away. The battle for the Vince Lombardi Trophy will be between the Kansas City Chiefs and the Tampa Bay Buccaneers.

The Buccaneers defeated the Green Bay Packers in the NFC Championship. The Buccaneers will be playing in only their second-ever Super Bowl and first since the 2002 season when Jon Gruden was leading the team. Tampa Bay will become the first team to play in the game at their home stadium.

Patrick Mahomes and company defeated the Buffalo Bills for the AFC Championship. The Chiefs are looking to become the first team since the New England Patriots to win back-to-back Super Bowl titles.

It will be a hyped matchup of epic proportions.

Here’s everything you need to know ahead of the big game.

WHEN IS THE SUPER BOWL?

The Steelers beat the Cardinals in the last Super Bowl played at Raymond James Stadium. (Photo by Chris McGrath/Getty Images)

The last time a Super Bowl was held at Raymond James Stadium was Super Bowl XLIII between the Pittsburgh Steelers and the Arizona Cardinals. The Steelers won the game.

WILL FANS ATTEND THE GAME?

Florida teams have had fans in the stands. It's unclear how many fans will be allowed in attendance for the game. (Photo by Joe Robbins/Getty Images) (Getty Images)

The coronavirus pandemic put a stranglehold on some teams’ decisions to have fans in the stands, but NFL teams that played games in Florida had opened their stadiums for fans gradually.

NFL Commissioner Roger Goodell announced on Jan. 22 that 22,000 fans would be able to be in attendance. There will be 7,500 vaccinated health care workers invited to the game as well.

"These dedicated health care workers continue to put their own lives at risk to serve others, and we owe them our ongoing gratitude," Goodell said. "We hope in a small way that this initiative will inspire our country and recognize these true American heroes. This is also an opportunity to promote the importance of vaccination and appropriate health practices, including wearing masks in public settings."

There will be rigorous measures to prevent the spread of the virus, including mandatory mask-wearing and podded seating.

WHO WILL SING THE NATIONAL ANTHEM?

This combination photo shows Eric Church performing at the 2016 Stagecoach Festival in Indio, Calif., on April 29, 2016, left, and Jazmine Sullivan performing at the Pre-Grammy Gala And Salute To Industry Icons in Beverly Hills, Calif., on Feb. 9, 2019. (Photo by Chris Pizzello/Invision/AP, File)

R&B star Jazmine Sullivan and country singer Eric Church will join forces to sing the national anthem at the next month’s Super Bowl, where Grammy-winning singer H.E.R. will perform "America the Beautiful."

WHO IS PERFORMING AT HALFTIME?

Hip-hop artist The Weeknd will be performing at halftime in Tampa. (Photo by Axelle/Bauer-Griffin/FilmMagic)

The Weeknd was announced as the halftime performer.

It’s unclear if any other acts will be joining him.

Last year, Jennifer Lopez and Shakira put on a sensational show in Miami.

The Buccaneers will be the first team in NFL history to play in the Super Bowl at their home stadium. Tom Brady is appearing in his 10th Super Bowl – more than 11 other franchises combined. His potential seventh win would be more than any franchise in NFL history.

Amanda Gorman dazzled those watching President Biden’s inauguration with her poetry and the NFL will have her participate in Super Bowl LV with an original poem. Gorman will be inside Raymond James Stadium reciting the poem for the fans in attendance and those watching at home.

Ryan Gaydos is the sports editor for FoxNews.com. Follow him on social media @Gaydos_