The package bundling them together might be a little bare-bones, but Super Mario 3D All-Stars features three absolute classics. That's always going to be good value.

How do you review a re-release? This is a question the video games media have had to reckon with an increasing amount in recent years. Do you score the games as a whole, or just the quality of the repacking? Everybody knows Super Mario 64 is an incredible classic, but do you knock it down for its early 3D foibles or accept them as a part of the game's history and age?

With Super Mario 3D All-Stars, one particular element is complicated: the paradigm of how much you score the original games versus how much you score the wrapper that brings them to you on a modern machine. This package contains three of the best 3D platformers ever made - Mario 64, Sunshine and Galaxy. All three games run as you'd expect, and keep much from their original releases intact, for better or worse. But the package that binds these three games together into one release is basic to say the least. Given this is the big 35th birthday release for Mario, I frankly expected a little more.

So here's what you get. Boot into the main menu of 3D All-Stars and you'll see the three games collected together. You can boot into each with a simple press of a button. Get into each game and they're basically unchanged except for minor bug fixes, the occasional art touch-up and tutorial language changed to reflect the Nintendo Switch controls. If you want to swap games, pressing the minus button brings up a menu where you can quickly hop back to the title screen and into a different game. It's simple but slick.

Also in the menu is the option to listen to the complete soundtracks of each game. This is basically the only bonus feature; there's no unlockable concept art, retro TV commercials, developer interviews or anything like that. It's the games and the soundtracks - which is fine, but also leaves one wanting. It is Mario's birthday, after all.

Hop into the games and it becomes clear that these are faithful recreations. Sometimes that faith even seems a little silly. Take Mario Galaxy, for instance, where menus are still controlled using a pointer, just as they were on the Nintendo Wii. Thankfully the Switch has the necessary hardware within its joy-cons to make this possible, but the fact you can't just prod around with the analogue stick feels strange. In-game, the motion element of the controls isn't needed all the time but is also absolutely a required component of the way Galaxy is constructed - so there it makes more sense. The fact you have to use a pointer every time you want to save game is a strange one, though.

Over in Mario 64, some fixes have been made. Some bugs have been squashed, and loopholes that have served the speed running and sequence breaking communities well for almost 25 years have been closed. Some sprite work has been touched up to not be a blurry mess - but generally, this is the game as you remember it. A fan project to decompile Mario 64 and build a native PC port has resulted in heavily modded versions of the game with features like ray tracing, new character models and widescreen support: this has none of that. It's a 4:3 presentation and broadly the same visuals as before. It's faithful, for better and worse, which means it's still amazing but also absolutely feels its age. 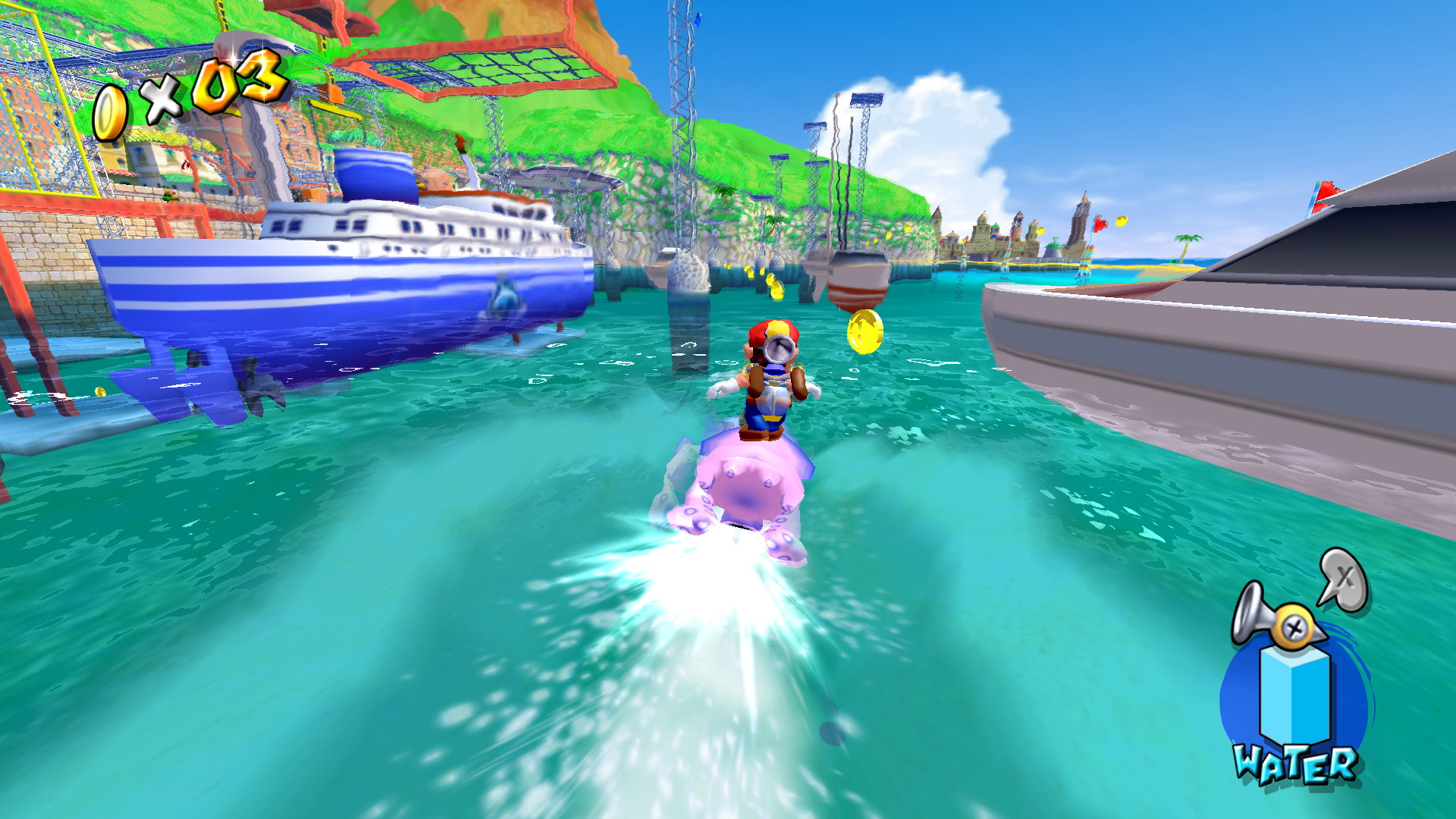 Sunshine is a polarizing love it or hate it release, but its charm is retained here. I still find it a bit of a frustrating, fiddly game, but there's something about the energy and bright exuberance of it that stands out even in the colorful world of Mario. My issues with how it controls probably aren't massively helped by the fact that it was heavily built around the GameCube controller, which isn't compatible here, even if you have the Smash Bros. adapter. It feels the least naturally at home on the Switch, but still plays just fine.

I'll leave this for the real hardcore techies and reverse engineering geniuses to figure out once the game has actually launched, but if I had to guess, the three games are likely emulated, thus the lack of any major changes. The important thing is that this emulation works well, however. The games run smoothly, look as you remember them or in some instances moderately better, and most vitally, they're fun.

The omissions from the collection do feel a little stingy, mind. You look back at the Street Fighter 30th Anniversary Collection with its reams of concept art to examine, or Activision's stunningly lavish full remakes of the Spyro and Crash trilogies and this feels positively meager. Strangest of all is the omission of Super Mario Galaxy 2 - a game that eclipses its predecessor in every way, and one that could've easily been included, given the games seem to be emulated. I wouldn't be surprised to see a fan mod to inject Galaxy 2 into this game in place of its predecessor in short order.

It feels like this review is a list of shortcomings - and to be honest, it mostly is - but one can't ignore the sheer quality and classic appeal of the trio of games included. However they're wrapped up, the main thing you're going to be doing is playing the games, and so three classics bundled together running well and looking as you remember is a fine offering from Nintendo. I still think Mario deserved a more lavish birthday celebration, but the classic titles in this collection really can't be diminished.

A review copy was provided by the publisher.