I want to tell you about a recurring dream I have.

In this dream, I become aware that I am dreaming. I still see myself from the vantage point of some faraway observer, yet my body relinquishes control to me. But something is off - my limbs feel distant and remote, like puppeteering a drunk mannequin. My legs are lead weights. The people in the dream wonder what is wrong. Is that a presence I can feel, standing over me?

Remedy’s latest game, Control, is like a dream, too. Its story is underpinned by that same sleeptime logic, asking you to traverse mirrors, float through impossible geometry, or pull on a light cord three times to be transferred to somewhere else. It is about poking through the membrane of the world to slosh around in the primordial goo beneath. It’s about will and the exertion of will over others. It’s about authority. It’s about a woman called Jesse Faden searching for her lost brother, 17 years after the fact, exploring a government facility where the rules of our world no longer apply. 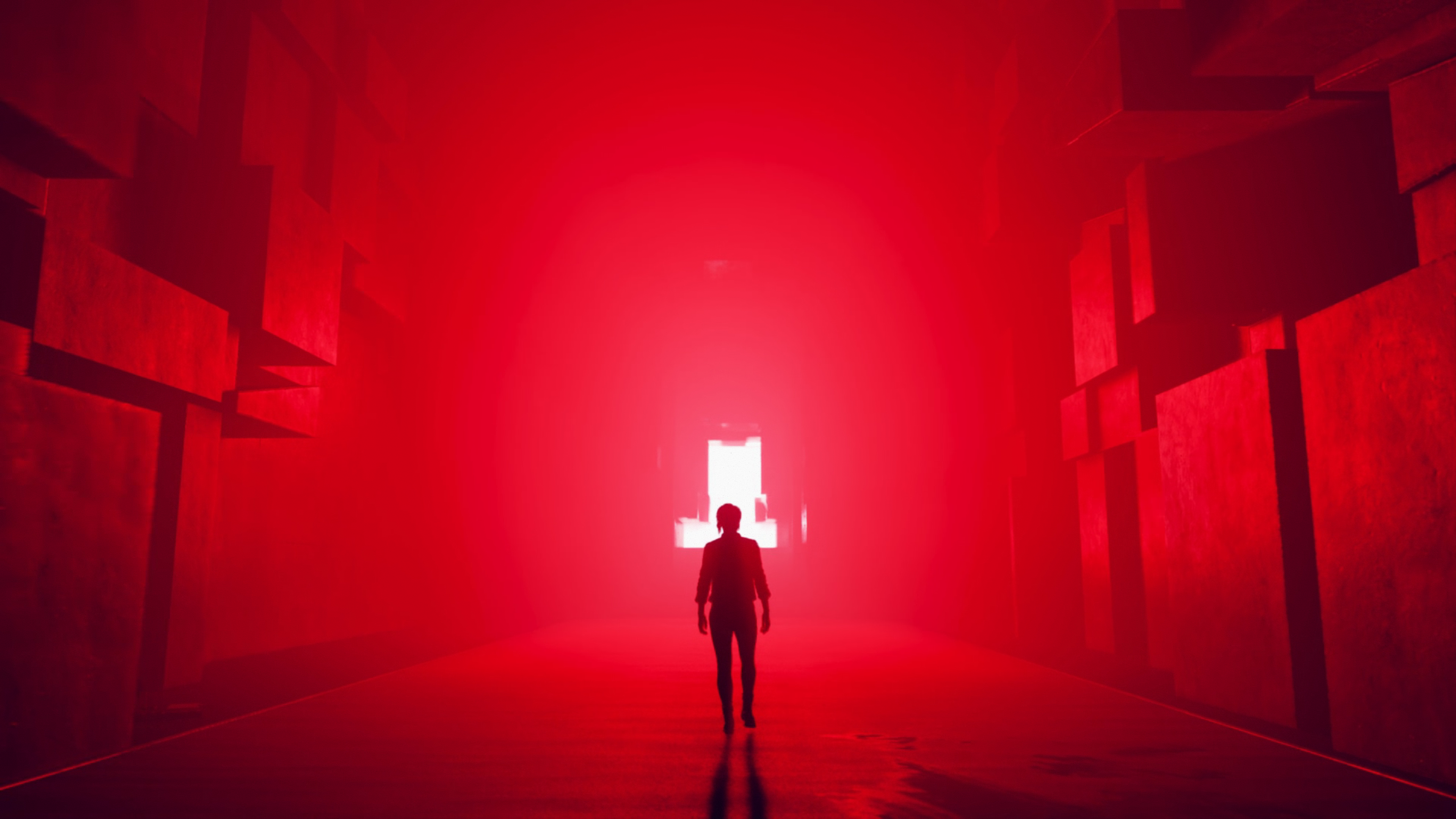 That name, Control, has layers. Within minutes of arriving at The Federal Bureau of Control, Jesse finds its director dead on the floor. She picks up the gun from near his corpse, the Service Weapon, and finds that this transfers his status to her. Jesse becomes the new Director. She’s suddenly in control.

It’s also about Remedy taking back control for itself, now it’s no longer an Xbox exclusive studio, kicking off the lead weights from its legs. The result of this new freedom is something bizarre - a story in the new-weird genre, taking influence from novels such as House of Leaves and the Southern Reach Trilogy. In fact, the second book in the Southern Reach Trilogy features a protagonist who calls himself Control. He’s the acting director of a shadowy agency that’s investigating some paranormal event, some oddity that gets inside peoples’ heads and changes them.

In Control that oddity has a name: the Hiss. This aggressive force has spread throughout the facility - also known as The Oldest House - taking over the minds of almost everyone inside. Most of these puppets attack on sight, while many hang in the air as if suspended in water, whispering some corrupt sermon. For an action game, it is hair-raisingly creepy at times. 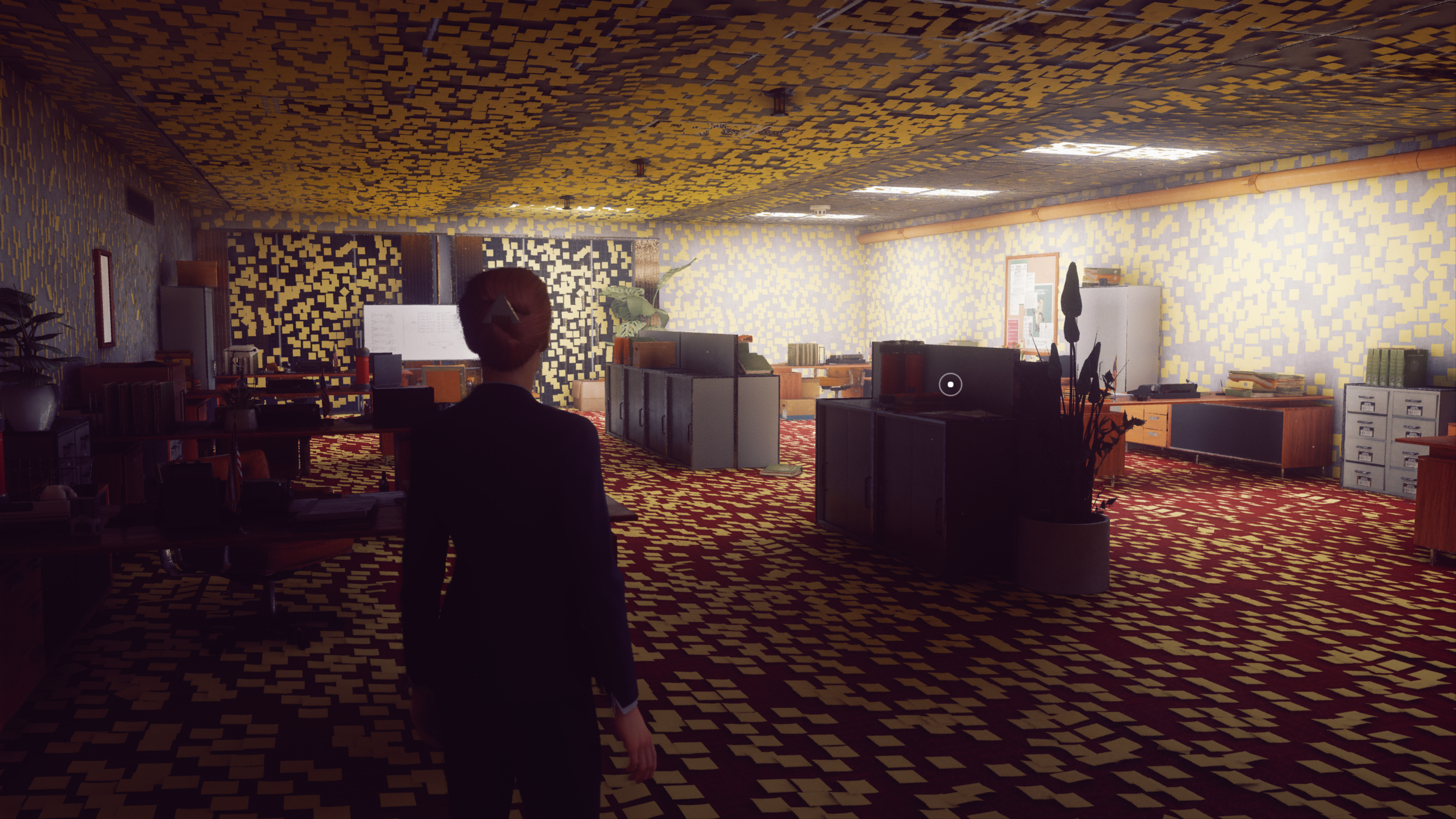 “This is going to be weirder than usual” - that’s the first piece of dialogue in Control, both a scene setter and a mission statement. The Oldest House is a leviathan - a huge, brutalist skyscraper that shifts like it’s a living organism. Its interior dimensions do not match the exterior; one area within takes you across an impossible chasm in a cable car, dropping you off in an endless hall filled with black obelisks.

This strange building is a vault where the government has been hoarding objects of power - everyday items that have been touched by the world (or worlds) that overlap our own. From teleporting rubber ducks to telekinetik floppy disks and hungry fridges, it is a paranatural museum of peculiarities.

The flea can’t see the dog, just as we can’t comprehend the scale of an ever-expanding universe swallowing us whole. Without special equipment, humans can’t see the microorganisms that cover our surroundings like a living carpet, either. Our eyes are unreliable mirrors. The Bureau is all about uncovering the horrifying truths that should be reflected back. 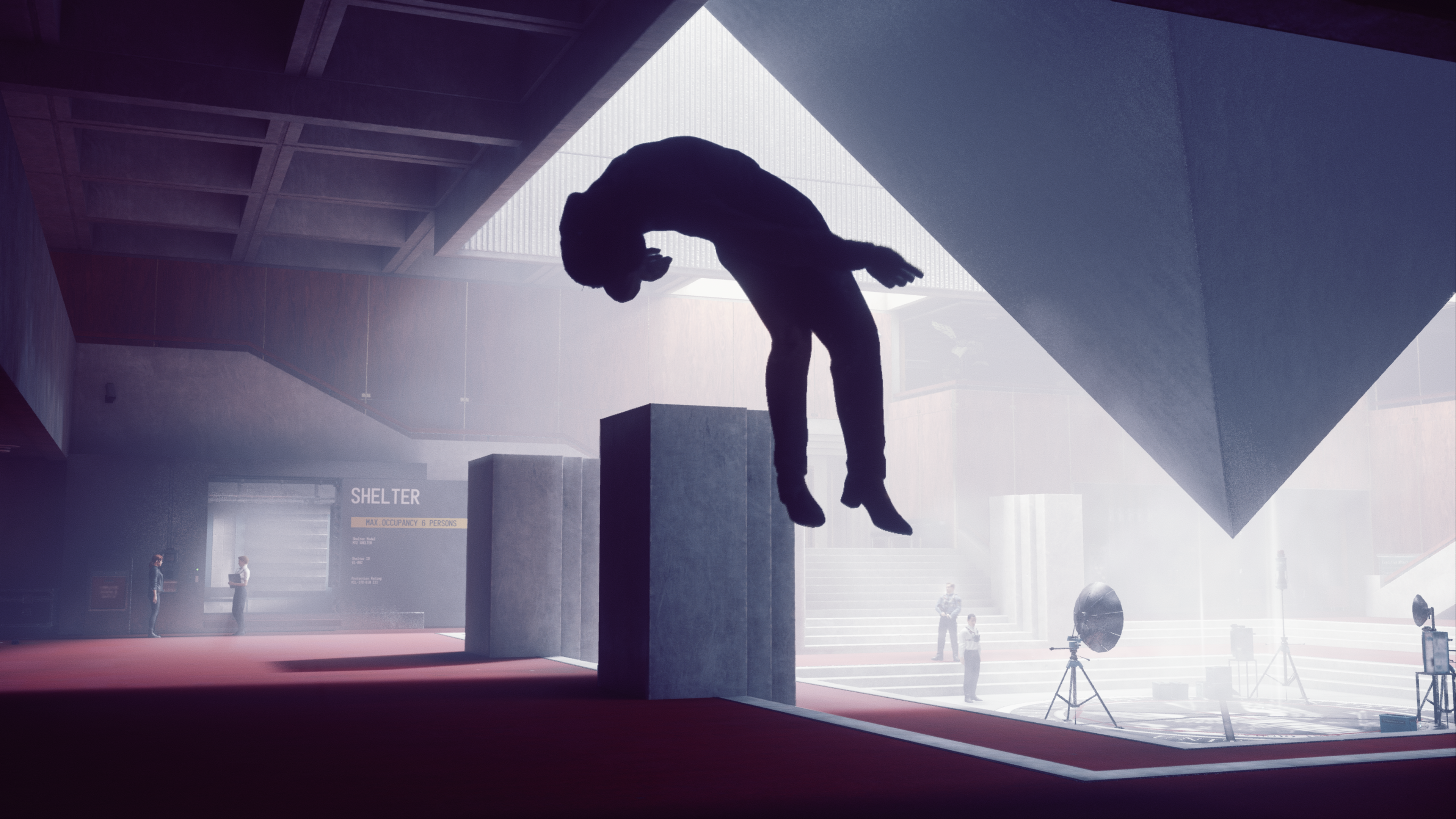 From the strange surprises that fill the office halls to the quarry where the Bureau processes black rock beneath the majesty of the Milky Way - all still contained within the walls of this ‘house’ - this isn’t your standard video game space. You’re always wanting to push forward, to see what’s waiting for you on the next floor, behind the next security door, or over that previously impassable chasm you can suddenly float across with a new power.

One of the reasons Remedy decided on brutalist architecture for The Oldest House was because it’s economical to create these stark, clean environment assets. The end result of this design decision is one of the most stylish, aesthetically pleasing video game locations in years. Everything stands out against the ivory balconies and monolithic blocks of concrete. Enemies appear in a flash of red - the kind of red you usually only see in emergency situations; a dangerous glow. When a Hiss-controlled human dies, they expire in a colourful mist, like the shadow of a rainbow caught by a swift breeze. 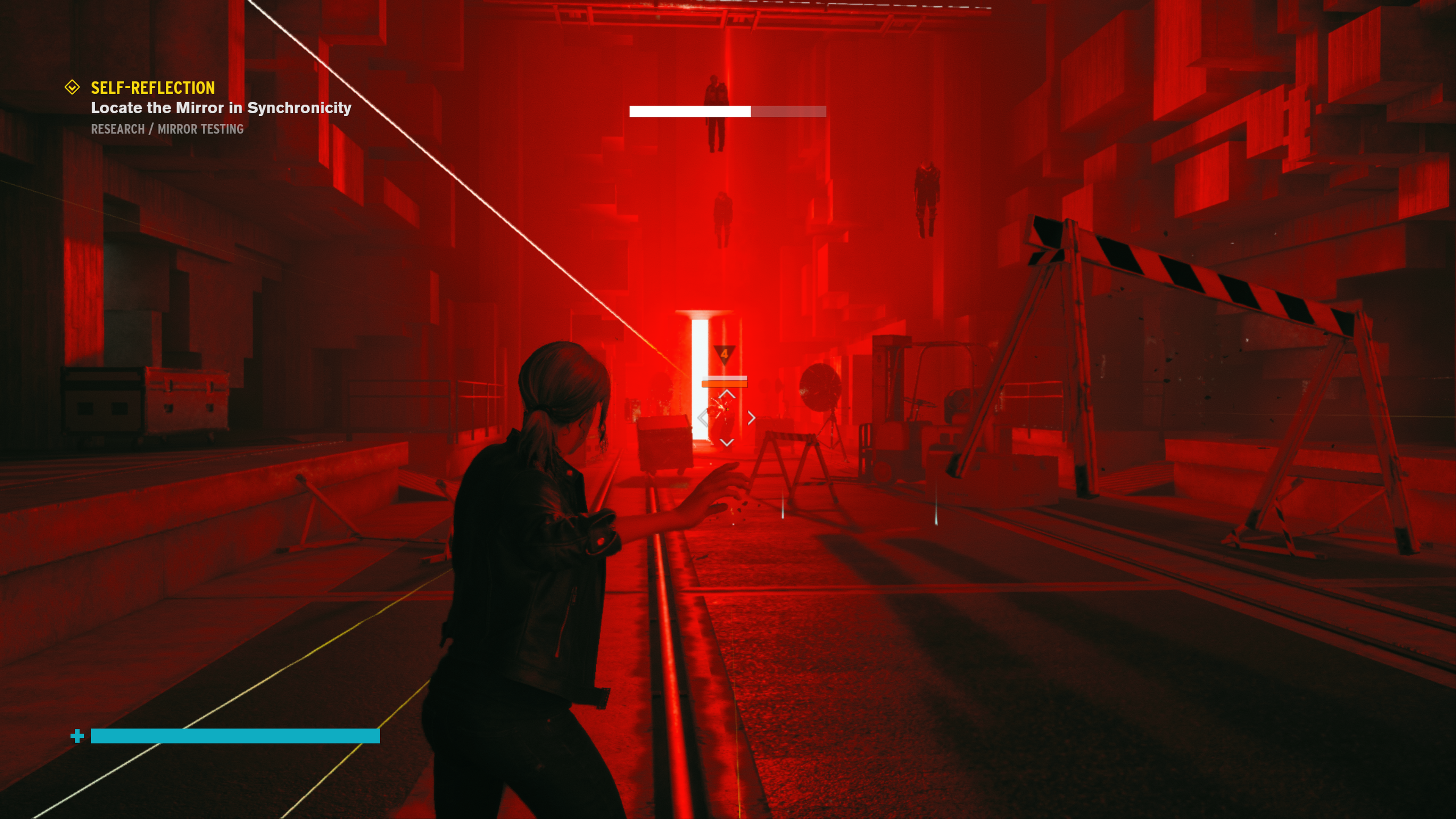 You deliver this kaleidoscope death with your Service Weapon, an interdimensional gun that can transform between four different forms. Whether it’s the satisfying pop, pop of the pistol, the neutron star charge of the sniper mode, the fanning spray of the shotgun, or the bucking spittle of the submachine gun, it’s always satisfying. Part of this is down to the incredible sound design, some of it is the flashy visual effects, but the biggest impact comes from Control’s rip-roaring physics and destructibility. Every single fight is like that corridor shootout from The Matrix - the crumbling plaster, explosions, and careening corpses. Dust motes and papers float to the ground in the aftermath.

As you press on through the story, you bind objects of power to Jesse. These allow you to dash through the air, float, pull up a debris shield, and manipulate your environment via telekinesis. The latter lets you pluck incoming rockets from the air and launch them back at your assailants. Towards the end of the game, you’ll be combining these powers together to float above the battlefield, raining down death and timing your shield to negate incoming damage. While dream logic might be one of the key themes of the story, you won’t be tripping up a kerb with lead legs here. You feel like a god. It’s Remedy’s best combat system to date and it handles, yes, like a dream. 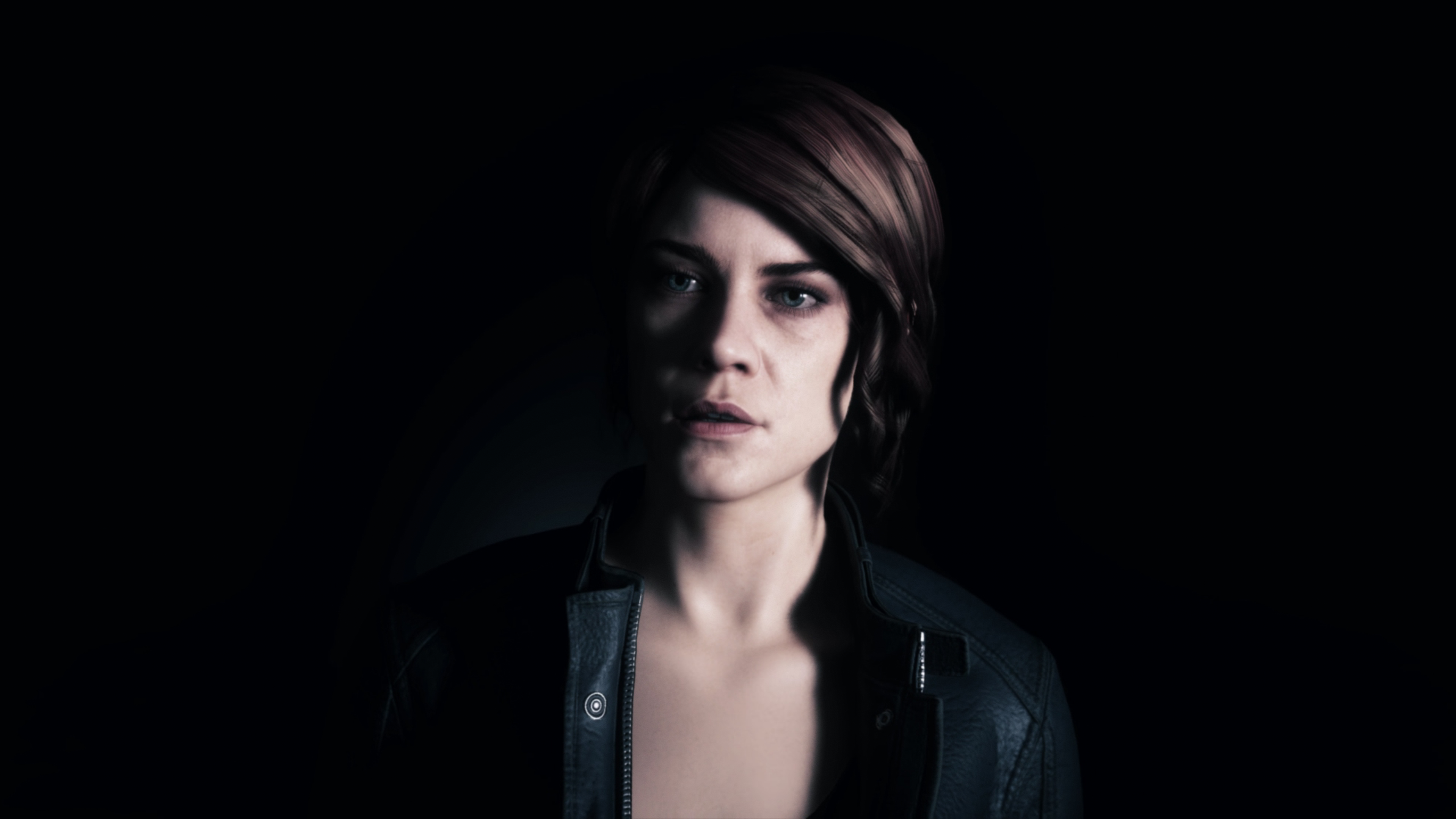 The only downside to all these moving parts is performance. Control’s frame rate on PS4 Pro isn’t always smooth, and the game seems to have a bit of trouble every time you unpause it. Occasionally, the map - which you 100% need to navigate this metroidvania space - doesn’t load in when you pull it up. Hopefully these issues get ironed out because - other than a couple of frustrating deaths coupled with a maddening checkpointing system - I struggle to fault Control. It’s the most interesting, exciting, and stylish new franchise we’ve had in years. There’s a set-piece late on that evokes the best moments from Japanese character action games, and I think that’s where the game fully cemented itself as a Game of the Year contender.

I’ve only touched on the themes of the story in vague terms as not to spoil it for you, but it all comes to a satisfying conclusion, leaving just enough threads loose for you to mull over as you sweep The Oldest House for more videos and documents to piece the mystery together for yourself. The writing, direction, and performances are consistently brilliant. This is Remedy at the peak of its game. Control feels like a company rediscovering itself, waking from a long slumber. Remedy’s legs work as intended once more, the vestiges of sleep paralysis a distant memory.