Anthem is an example of where the industry is heading and I’m not a fan at all.

Here we have a triple-A game that’s clearly been put together by talented people, yet it feels like it’s been designed by a board room full of grey-skinned men in £2,000 suits.

It’s a loot shooter where all the loot is variations of the same boring shotguns and assault rifles. The kids love real world guns.

You shoot these real world guns at bugs and humanoids, causing numbers to pop out of them - the better your gun, the higher the number. The kids love numbers.

It’s game design based on KPIs and Google trends.

This is a BioWare title, of course, and what would a game from the creator of Mass Effect be without player choice? Anthem. It would be Anthem.

Here conversations have two inconsequential dialogue options that slightly change what’s said without any impact on the story or your relationships. It feels like a direct response to the backlash against Mass Effect Andromeda, a game taken down by shareable gifs of awkward facial animations.

Those facial animations were likely an issue of scope. Andromeda was a proper RPG with hundreds of thousands of voice lines and branching paths. The budget went elsewhere. In Anthem, all the money has been pumped into making sure it can’t be mocked by gifs. It looks phenomenal and the performance capture is some of the best I’ve seen. It’s also lacking any substance.

You fly to a mission, shoot stuff, occasionally hold X on something interactive, head back to the hub, swap your mech’s crotch from chrome to rubber, then head back out and do it again. Absurd levels of visual decadence aren’t enough to mask over Anthem’s deep flaws.

The illusion almost works, though. For the first few hours, you’ll be distracted enough to be tricked into thinking it’s a good game. When you’re flying up a waterfall with the stars in your face, cresting the verge as some alien fungi pops, creating clouds of neon spores that frame the scene, it’s stunning. Playing it on a RTX 2080Ti, it’s one of the best looking games I’ve ever seen. There’s also a lot to be said about the novelty of a game that nails 360 degree movement as well as this. Minute to minute, it feels great. The problem is everything else: mission design, story, pacing, and even customisation.

A big part of Anthem’s appeal is in the Javelins. They’re your very own mech and you’re free to mess about with them, tweaking materials on different body parts, changing colours, and even applying vinyls. But if you had dreams of roleplaying some kind of mech mechanic, endlessly switching out parts for cooler loot as you progress through the story, you’re going to be disappointed. 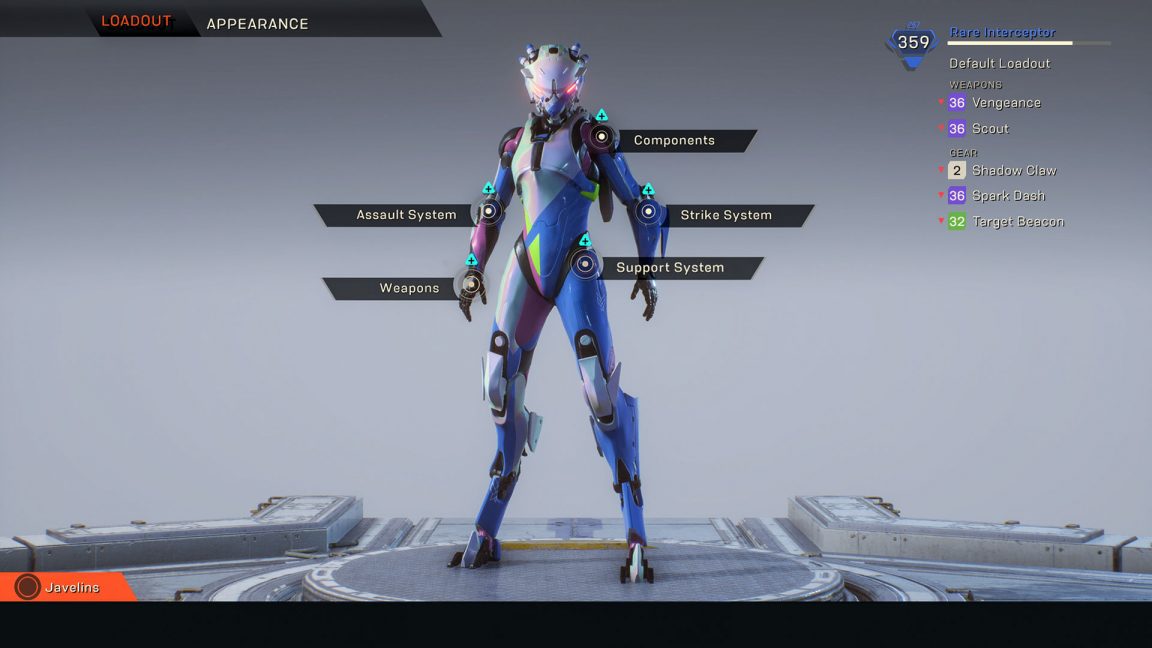 If you pre-ordered, you get some free parts and can swap out your Javelin’s legs, arms, head, and body for some different armour. Outside of that, you only have a couple of other choices and they’re all locked behind an absurd amount of in-game currency. The customisation is clearly designed to push you towards spending real money. Even then, there’s barely anything to tempt you.

The story isn’t even an incentive to plod along. There are flashes of BioWare’s brilliant world-building in there - mostly hidden within codex collectables dotted around a soulless hub area - but you’ll likely be lost in a sea of pretend words if you don’t bother reading them.

At one point, the game gives up trying to string you along entirely and you’re asked to open a handful of tombs in free roam. You head into the map, fly to the tombs, and are met with a list of challenges you must complete to unlock them: get 50 kills with an assault rifle, 20 melee kills, complete five world events, etc. It’s blatant, dull padding that kills the pacing dead.

Every mission is automatically matchmade with random players if you don’t squad up or select a private session - by the way, enemies don't scale down if you go private. You head out in a team of four and speed towards your objective as a unit. The map is vast and unreadable, so you’re always following waypoint markers. Of course, this being an open world game in 2019, there are also collectables dotted around that you can hoover up to use as crafting materials. However, you’re always tied to whoever is leading the pack. Fall behind too much and you’re met with a loading screen before being teleported to whoever is speeding off in front. There’s always some dick speeding off in front. 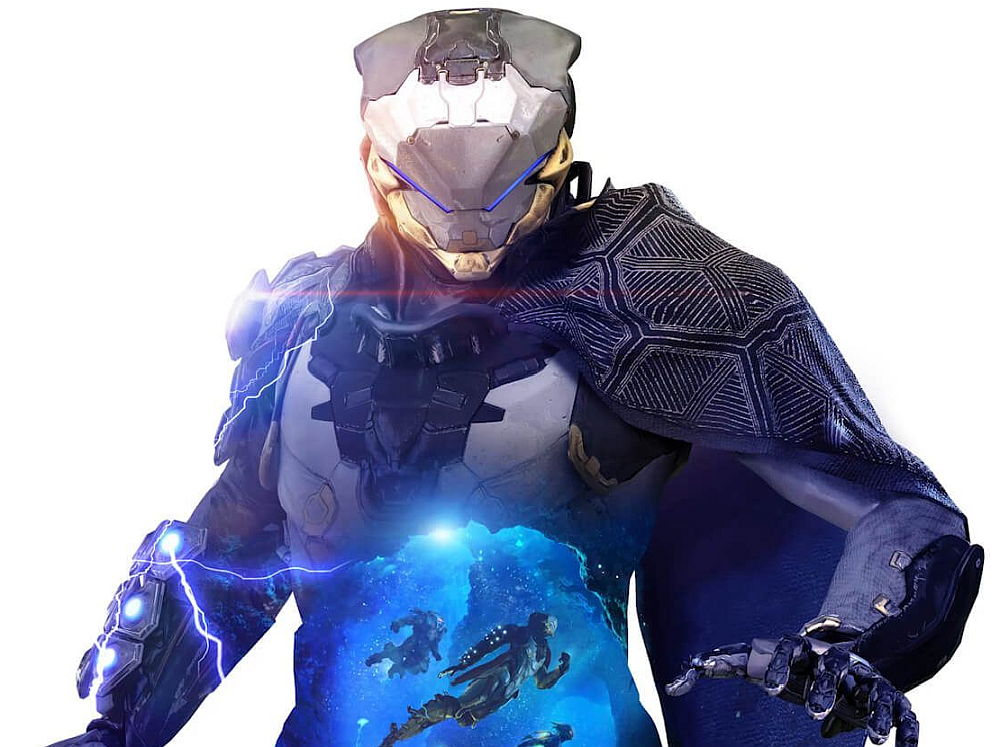 It’s also a team game where there’s barely any teamwork. Sure, you can all time your ultimate abilities together to quickly take down a boss. You can also combo together different moves - melee attacking an enemy frozen by one of your allies, for example - but the battlefield is so busy with fancy effects that it’s almost impossible to coordinate with intent. Occasionally, you’ll just pop off a power at the right time and the game will tell you that you did a combo. Yay, teamwork!

If you get killed in action, your allies can also revive you to bring you back into the fight. Once you are knocked down, there’s no way to signal your allies to tell them you’re down, however - you just have to hope they revive you. If not, you’ll spend the rest of the mission staring at your downed character. You can’t even reach the pause menu in this state. Even without the bugs where the volume cuts out entirely, the game freezes up, or the netcode makes you teleport through the sky and into a wall, Anthem’s biggest issues can’t be fixed with a patch.

In fact, there's so much wrong with the design that I felt compelled to put together an extensive list for how to fix Anthem. Anthem's day one patch certainly hasn't solved its issues.

I went into Anthem with an open mind. It’s a game I wanted to succeed from a studio I’ve always been fond of. Unfortunately, it’s everything everyone feared at reveal. It’s a hollow experience that’s been designed to appeal to the widest market possible while squeezing more money out of those who are hooked in by its doggy treat design.