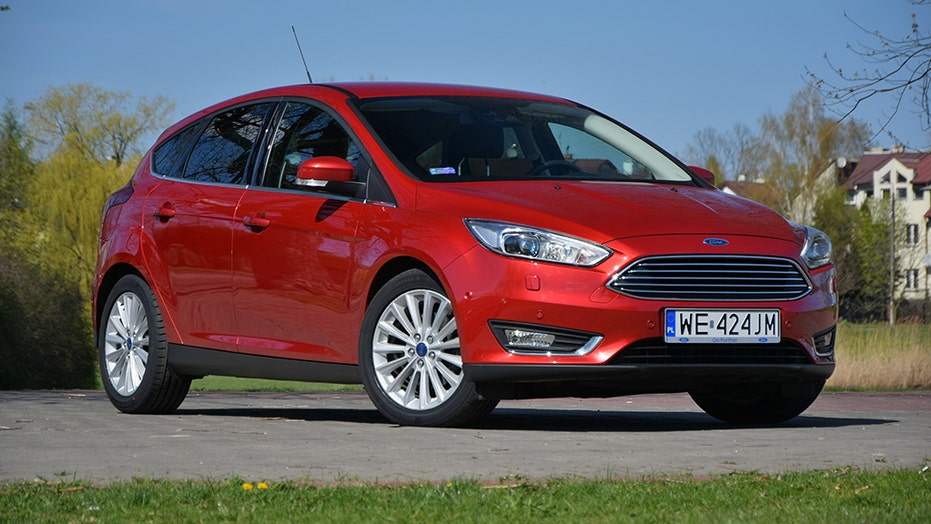 An Italian woman driving a Ford Focus down a coastal highway received a ticket for going hundreds of miles an hour over the limit after a speed camera malfunctioned and police failed to pick up on the error, according to a local report.

The camera recorded her speed at 703 kmph, or almost 437 mph, according to a translation of an article on the Italian car site Autoappassionati. That’s closer to the speed of an airliner than it is to a race car.

The version of the Ford Focus available in Europe can reportedly reach a top speed of 155 mph. The vehicle is one of the most popular compact cars in the world. (iStock)

And it’s about 100 mph more than the Devel Sixteen – a 5,007 horsepower supercar among the fastest in the world, according to the luxury product publication Luxe Digital.

The version of the Ford Focus available in Europe can reach a top speed of 155 mph, according to the automotive review site Motor1.

The Autoappassionati report said local police failed to double-check the camera’s findings before mailing the woman a ticket – which placed 10 points on her license and carried a fine of 850 euros, or just under $1,000.

Giovanni Strologo, a transportation spokesman for the community of Offagna, in Ancona province, where the incident happened, advised the driver to appeal to the local government for compensation, according to the report.

In a Facebook post, he noted that police should have checked the details before sending the driver a ticket and joked that “even with a missile” the car could not possibly reach speeds that high.

Street cameras have been controversial in the U.S. as well.

The New York Post reported in April that speed cameras in the Big Apple led to 180,000 tickets over a two-week span – even with the city’s streets seeing only a fraction of their usual traffic during the coronavirus outbreak.