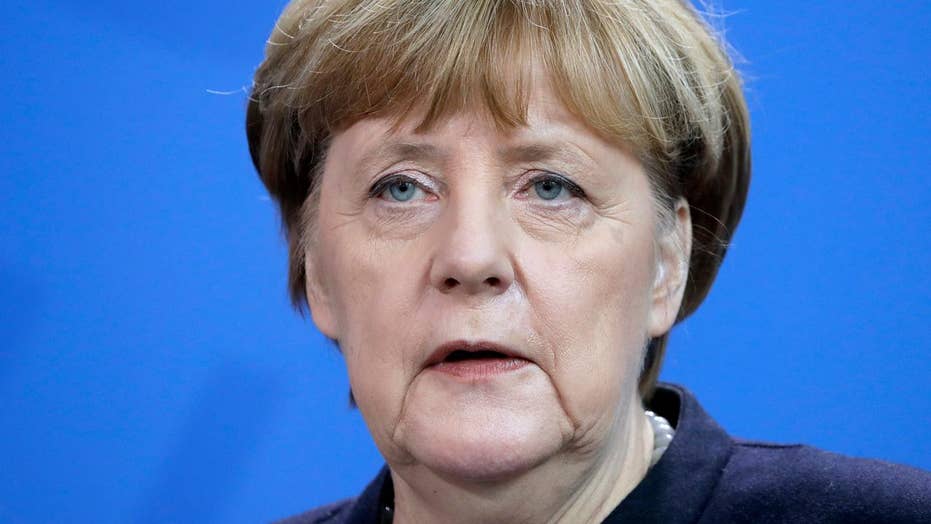 German Chancellor Angela Merkel, a major defender of Western democratic values in Europe, has become the target of a Russian campaign to derail her bid for re-election this year.

Merkel is up for re-election in September for her fourth term. Russian media is mounting a fierce campaign to defeat Merkel because it apparently sees her as a threat.

“The main aim of the Russians is to get rid of Angela Merkel, who is making the last stand in Europe to maintain the sanctions against Russia for its seizure of Crimea, and because of its war in Ukraine,” said Richard Herzinger, an opinion writer for the German conservative newspaper, Die Welt.

Germany's spy agencies, however, have not found any proof that Russia is meddling with the German presidential election.

Putin would like to break up the EU and NATO and sees Merkel as standing in his way, experts say. Dr. Stephen Szabo, a director of the German Marshall Fund, a Washington-based think tank intended to foster trans-Atlantic cooperation, said both NATO and the EU are blocking Russian expansion into Europe itself.

In an effort to undermine the Merkel government, Russian broadcasts and social media churn out stories designed to generate doubt about the German chancellor’s leadership. This Russian effort also plays upon fears generated by the influx of Muslim refugees and blames Merkel for endangering the German people by mishandling the migrant situation.

Moscow has distributed many false stories blaming Merkel for chaos and terrorism in Germany in the wake of her controversial admission of more than 800,000 Muslim refugees in 2015. These stories appear on social media, RT, Sputik television and radio broadcasts, beamed from Moscow to Germany.

A fake news story about a Russian-German girl who was allegedly raped by Muslim migrants in Germany ignited a media frenzy last year that spanned two weeks.

The teenager was affectionately called “our Lisa,” by protesters who alleged a police cover-up and demanded speedy arrests. Russian Foreign Minister Sergei Lavrov made two public comments chastising the German police for not solving the crime.

That was just one glaring example of how Russian disinformation is designed to influence public opinion and sow distrust about Germany’s justice system.

Another example is a false story about Ukraine that was broadcast last month. The host of a popular Russian news program said that Germany wanted to seize Ukraine, but Moscow intervened to foil the plan, according to Peter Kreko, an expert on Russian propaganda and disinformation.

German authorities believe the Russian government hacked the Bundestag computer system in 2015 for information that may be used in the current national election campaign. They also hacked the computer of Marieluise Beck, a Bundestag member from the liberal Green Party, and critic of Russia’s authoritarian government. She was an election observer in Russia.

“I have worked hard for human rights and freedom of the press,” Beck said in a phone interview. She believes her computer was hacked because Russia was interested in her Russian and German contacts.

Truth-based debate has suffered because of Russian propaganda, said Jurgen Hardt, a Christian Democratic Union member of the Bundestag and a foreign policy expert.

“What worries me the most about the Russian influence is the introduction of doubt and the belief that there are alternative facts,” he said during a phone interview. “A belief in good arguments and the acceptance of truth is being undermined by the Russians.”

Donald Snyder was a news producer at NBC for 27 years and has been a freelance writer since his retirement. He specializes in Germany and Eastern Europe.