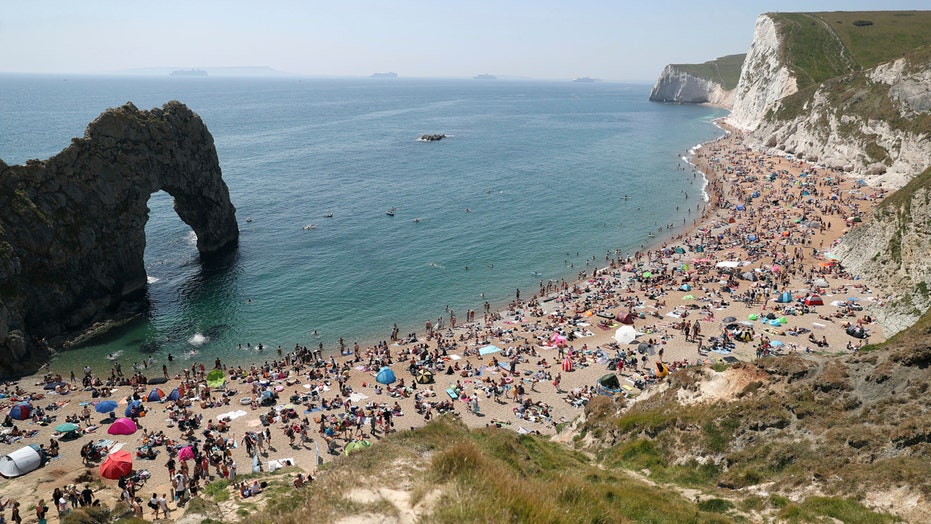 Why the sun is getting dimmer and cooler?

Scientist say the sun is expected to go into a dimmer, cooler cycle by 2050. What does this mean for planet Earth?

Even in the midst of a global pandemic, sunny days were the status quo in the United Kingdom this past month.

The U.K.'s national weather service said Monday, that there were 266 hours of sunshine in May, making it the sunniest calendar month on record.

"Spring 2020 is also the sunniest on record for the UK, exceeding the sunshine amount for most summer seasons," the agency tweeted.

“The most remarkable aspect is just how much some of the May and Spring records for these climate statistics have been exceeded. Exceeding the UK sunshine record is one thing, but exceeding by over 70 hours is truly exceptional," Mark McCarthy, head of the Met Office’s National Climate Information Center, said in a statement.

"The sunshine figures for spring would even be extremely unusual for summer and only three summers would beat Spring 2020 for sunshine hours," McCarthy added.

Forecasters said that May 2020 was also the driest May in England on record, and the second driest in Wales, in a rainfall series that goes even further back, to 1862.

People relax on the beach of Durdle Door beach, as the public are being reminded to practice social distancing following the relaxation of coronavirus lockdown restrictions, near Lulworth in Dorset, England, Saturday May 30, 2020. (Andrew Matthews/PA via AP)

Overall, it has been the sunniest spring on record for the U.K. and the fifth driest, which came after the country had experienced its fifth wettest winter.

McCarthy said that an extended area of high pressure centered over or close to the U.K. suppressed clouds and rainfall, allowing "plenty of sunshine to reach the surface."

A family play in the shallows on the banks of the river Tyne, that has very low water levels, at Corbridge, England, June 1. (Owen Humphreys/PA via AP)

"There has been a band of similar weather conditions extending across central parts of Europe, whereas Iberia and parts of Scandinavia have experienced rather wetter conditions," he said.

The warm and dry weather has raised concerns over whether it may make a potential second spike in the country’s coronavirus outbreak more likely, especially now that all four U.K. nations — England, Scotland, Wales and Northern Ireland — have started easing some of the lockdown restrictions, albeit at different speeds.

Over the weekend, beaches and parks were packed with many people clearly not observing social distancing guidelines to stay six feet apart.

Chaotic scenes at beaches on the Jurassic Coast in southern England, which saw three people seriously injured after jumping off cliffs into the sea, prompted a local leader to call for stricter travel rules.

Vikki Slade, the leader of Bournemouth, Christchurch and Poole Council, has written to lawmakers and Dorset Police after the weekend incidents, including at the limestone arch of Durdle Door.

A Police Community Support Officer talks to people as they social distance in York, following the introduction of measures to bring England out of lockdown, in York, England, June 1. (Danny Lawson / PA via AP)

She said she had witnessed incidents of people failing to adhere to social distancing rules, parking illegally, widespread barbecues, and staff facing abuse while working.

“We saw the most awful scenes in Durdle Door with the arrival of two helicopters to deal with the stupidity of people jumping from the top of cliffs, cheered and clapped by thousands of beachgoers,” she said.