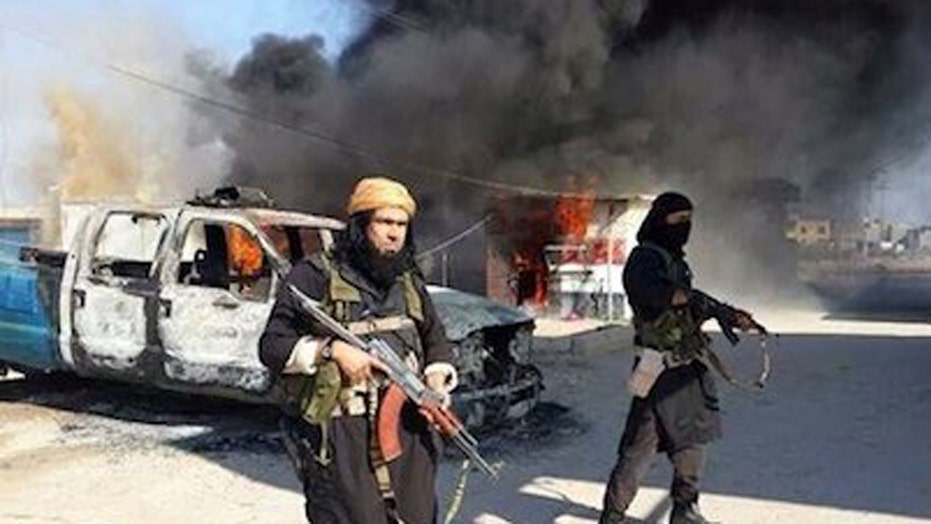 New graphic photos released from war-torn Aleppo, Syria, show Islamic State militants throwing a man accused of being gay off a rooftop before a fanatic mob pelts his corpse with rocks.

The website Heavy, which reports on the terror activities of the Islamic radical group, said the incident occurred in Maslamah City in Aleppo. ISIS' religious police, known as the "hisbah," carried out the execution in accordance with Sharia law.

The article explains: "Hisbah is short for 'Rijaal al-hisbah' and translates to 'men who guard against infringements.'' Infringements' in this context refers to anything seen as non-Islamic by Sharia law interpretation, which is called "hudud." Hudud means "boundaries" in Arabic. Most hudud crimes fall under the category of "sex crimes," such as adultery, fornication, accusing someone of illicit sex, etc."

The newly released photos show a crowd of people gathered underneath the building where the gay man is thrown from. In one image, a hisbah representative reads the charges and the punishment being carried out against the man.

No information was presented about the man himself, who is blindfolded in the photos as he is hurled off the building to his death.

There have been several similar executions committed by ISIS militants who punish people suspected of being gay by throwing them off rooftops. In May 2016, another young Syrian man was charged with the crime of sodomy in Mambij, Syria, and was executed before a crowd of onlookers.