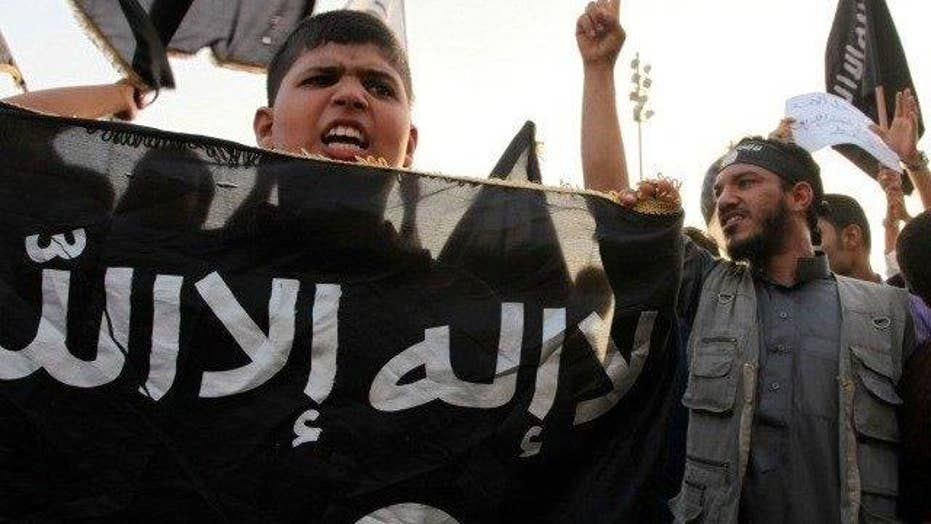 Iraqi Christians who survived living under Islamic State rule in occupied territories are now speaking about the various ways they were brutally tortured and threatened by the radical extremists, and have revealed some of the humiliating and degrading acts they were forced to commit.

REPORTER'S NOTEBOOK: REFUGEE FATHER'S TALE OF HORROR AND HOPE FOR THE FUTURE

Although more than 100,000 Christians fled from Mosul and the surrounding Nineveh Plains after IS conquered Christian villages in the area in 2014, some Christians were not able to leave due to sickness, old age, and a variety of other reasons. Many of those who remained were given three choices — convert to Islam, pay a tax for being Christian, or be killed.

One elderly woman who lived in Qaraqosh, which was once home to over 50,000 Christians, could not get away before IS took over because she was tending to her sick 90-year-old husband.

Zarifa Bakoos Daddo, who is 77 years old and survived living two years under IS' rule, told AFP from her family's home in Erbil that her husband died shortly after IS took over.

Although her husband passed, Daddo was not alone because she lived with her friend Badriya in Qaraqosh until the town was liberated by Iraqi-led coalition forces last month.

Daddo said that while some of the older IS militants could be friendly, the younger jihadists were overzealous in pressuring them to convert.

"One day, one of them came asking for money and gold. He poked his rifle into my ribs and said 'You have to give to us,'" she said, explaining that she forked over about $300, while Badriya gave up 15-carat gold to pay the jizya tax.

In an another instance, about 20 IS militants came to the house and tried to force the women to convert and recite the Islamic declaration of faith.

"I told him we had our beliefs and they had theirs," Daddo said.

"He told me to spit on a picture of the Virgin Mary and a crucifix," she continued. "I refused but he made me. The whole time I was telling God in my heart that I did not mean any of this."