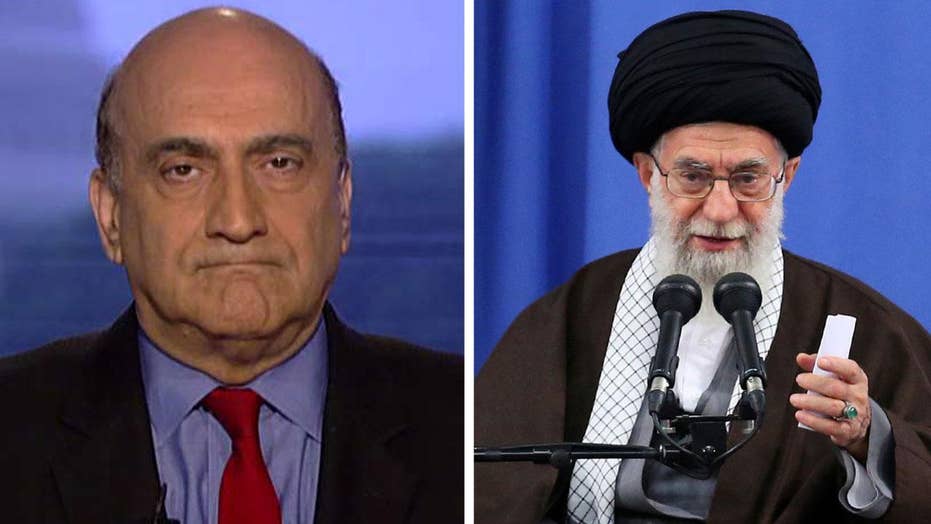 Walid Phares on the 'web' of Iran's influence in the Mideast

Iran is targeting German companies in its bid to advance its missile program, in possible violation of an international agreement, and at least on occasion with the aid of a Chinese company, according to a damning recent report from a German intelligence agency.

The 181-page report, published last month and released Tuesday by officials from the heavily industrialized southern German state of Baden-Württemberg, warned that Iran is actively seeking “products and scientific know-how for the field of developing weapons of mass destruction as well missile technology.” The Islamic Republic is targeting German companies through various fronts, according to the report.

“[Iran is seeking] products and scientific know-how for the field of developing weapons of mass destruction as well missile technology.”

In one case, Iran allegedly worked through a Chinese front company to seek “complex metal-producing machines” from a German engineering firm. German intelligence officials blocked the sale when they told the engineering firm the merchandise was slated to be unlawfully routed to Iran.

Iranian Supreme Leader Ayatollah Ali Khamenei has not stopped trying to pair missile and nuclear weapons technology, according to the report (Associated Press)

Another report, released this week by Germany’s Federal Office for the Protection of the Constitution (BfV), found the deal brokered by the Obama administration to limit Iran’s pursuit of nuclear weapons resulted in little or no decrease in the Islamic Republic’s efforts to gain technology for missiles capable of carrying warheads. But it noted that the agreement was aimed at restricting nuclear technology, not missile technology.

"The amount of evidence found for attempts to acquire proliferation-sensitive material for missile technology/the missile program, which is not covered by the Joint Comprehensive Plan of Action, remained about the same," the report said.

The U.S. and other world powers -- including France, China, Russia and the United Kingdom -- reached an agreement with Iran in July 2015, the so-called Joint Comprehensive Plan of Action (JCPOA), to restrict Tehran’s nuclear program in exchange for sanctions relief.

Benjamin Weinthal reports on human rights in the Middle East and is a fellow at the Foundation for Defense of Democracies. Follow him on Twitter @BenWeinthal