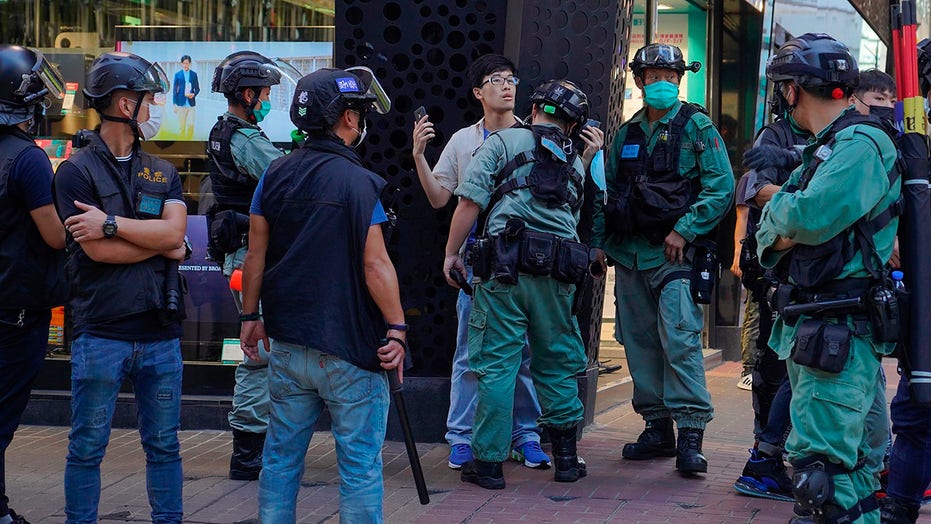 Hong Kong police arrested dozens of protesters Sunday during a demonstration against a controversial national security bill, which China’s legislature has begun to review.

A crowd of several hundred opponents of the bill gathered for what was planned as a “silent protest” in the Kowloon district while armed riot police kept watch, Reuters reported.

Protesters ignored police warnings to disperse and began chanting slogans, police said on Facebook. Pepper spray was used to break up the crowd after some protesters charged at police lines in a street of Mong Kok, according to police.

Police said 53 protesters were arrested and charged with unlawful assembly.

The planned law would criminalize secession, subversion of state power, terrorist activities, and colluding with foreign forces to endanger national security. Critics say Hong Kong's legal statutes already account for such matters and that Beijing is determined to use the law to pursue political opponents.

While few details have been released, the Associated Press reported it appears Beijing will have ultimate power over government appointments in the semi-autonomous nation.

The measures have been widely seen as the most significant erosion to date of Hong Kong’s British-style rule of law and high degree of autonomy that China promised Hong Kong would have under a “one country, two systems” principle.

The National People’s Congress Standing Committee took up the bill at the start of a three-day session Sunday, China’s official Xinhua News Agency reported. China has said it is determined to enact the law, and its passage is expected by Tuesday.