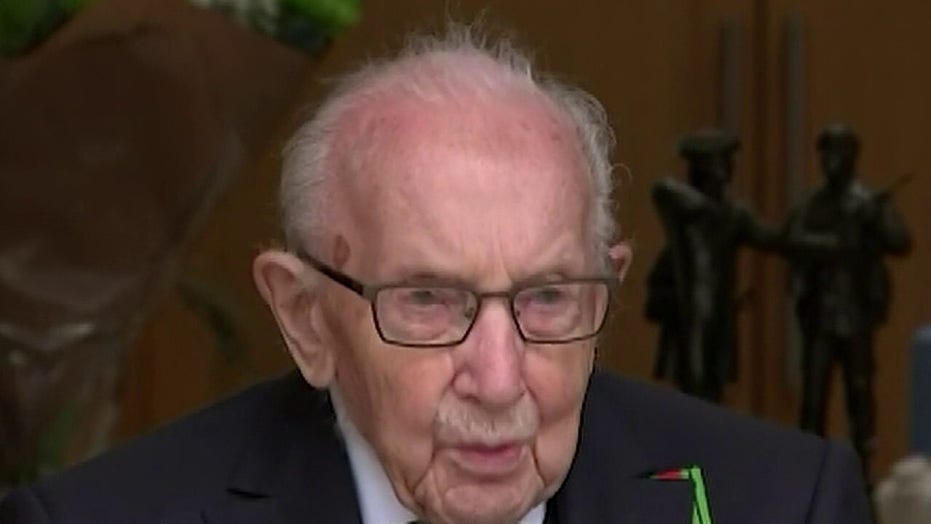 The 100-year-old British war veteran who raised more than $41 million for those working on the frontlines of the coronavirus fight is set to be knighted by Queen Elizabeth II on Friday – and he is already anticipating it as one of the “most special” days of his life.

Captain Tom Moore will be honored in a private ceremony at Windsor Castle -- where the queen has been residing during the pandemic – with his family in attendance, according to the BBC.

100-year-old war veteran Captain Tom Moore, poses for a photo at his home in Marston Moretaine, England, after he achieved his goal of 100 laps of his garden, raising millions of pounds for the NHS with donations to his fundraising challenge from around the world. (Joe Giddens/PA via AP)

“I could never have imagined this would happen to me,” Moore wrote on his Twitter account Wednesday. “It is such a huge honor and I am very much looking forward to meeting Her Majesty The Queen.”

“It is going to be the most special of days for me,” he added.

The queen will knight Moore by using a sword belonging to her father, George VI, before presenting him the insignia of Knight Bachelor, the BBC reports.

Moore, who uses a walker, originally wanted to raise about $1,200 for those working on the front lines of the coronavirus crisis by walking laps around an 82-foot loop in his Bedfordshire garden. He eventually raised more than $41 million for the National Health Service -- and in the process became a national hero.

He now holds the Guinness World Record for the most money raised by an individual through a walk, according to Reuters.

Prime Minister Boris Johnson has said Moore provided the United Kingdom with "a beacon of light through the fog of coronavirus."