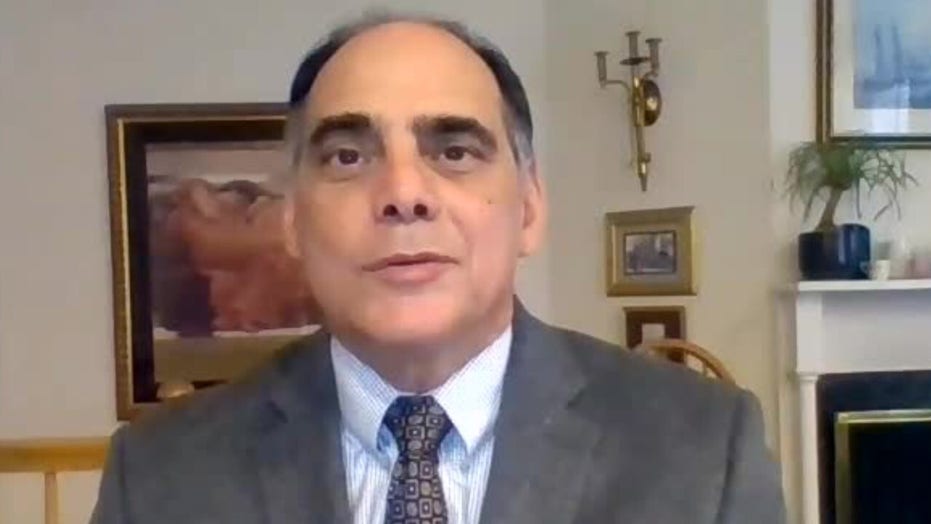 James Carafano on Iran’s threat to Israel: ‘It comes across like Hitler in the bunker’

Israeli Prime Minister Benjamin Netanyahu arrived in a Jerusalem courtroom Sunday to face corruption charges in a long-awaited trial that he has denounced as a sham.

After entering the courthouse, Netanyahu railed against the nation's justice system and accused the police, prosecutors, judges, and the media of conspiring to oust him against the will of the people.

"I stand before you with a straight back and head raised high," he said, surrounded by leading Cabinet ministers of his Likud party. "The objective is to depose a strong, right-wing prime minister, and thus remove the nationalist camp from the leadership of the country for many years."

Israeli Prime Minister Benjamin Netanyahu, wearing a face mask in line with public health restrictions due to the coronavirus pandemic, standing inside the courtroom as his corruption trial started at the Jerusalem District Court. (Ronen Zvulun/ Pool Photo via AP)

The standoff looked to worsen the nation's deep divisions just after Netanyahu swore in what he called a "unity" government with a former rival and after three inconclusive elections in the past year.

Dozens of Netanyahu supporters outside the court in east Jerusalem wore masks and T-shirts depicting the prime minister as a martyr and denounced what they called a corrupt prosecution seeking to topple him.

Netanyahu faced charges of fraud, breach of trust and accepting bribes in a series of corruption cases stemming from ties to wealthy friends. He allegedly accepted lavish gifts and offered to grant favors to powerful media moguls in exchange for favorable coverage of him and his family. He denied the charges, which came after years of controversies swirling around the family.

Netanyahu largely did not speak during the one-hour session itself, rising just once to confirm he understood the charges. The next hearing was scheduled for July 19. 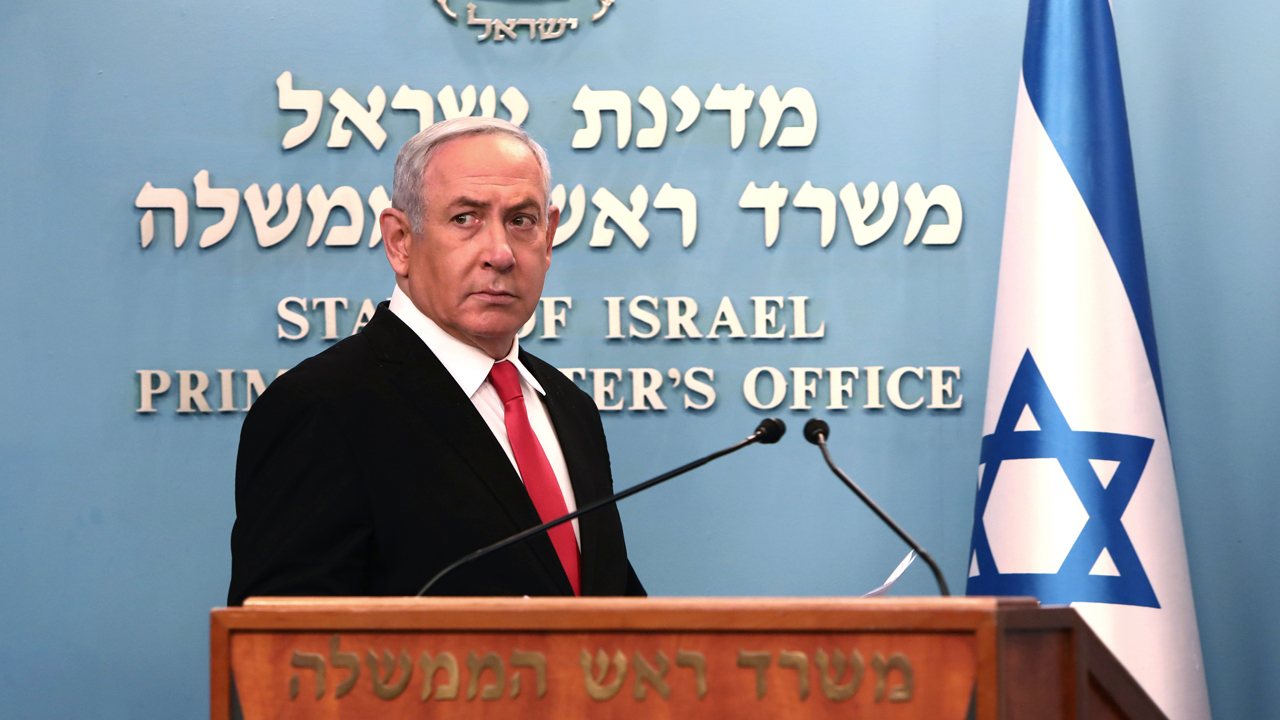 BENJAMIN NETANYAHU CORRUPTION TRIAL – EVERYTHING YOU NEED TO KNOW

Before the session, Netanyahu called for the court proceedings to be broadcast live on TV to ensure "full transparency." Attorney General Avichai Mandelblit vowed the case would be handled like any other — "in a professional, business-like manner and within the courtroom halls."

After vowing never to sit with an indicted prime minister, Netanyahu's challenger, Benny Gantz, agreed this past March to form a power-sharing coalition with his rival, in part to prevent another deadlocked election.

The new government was sworn in just last week for Netanyahu's fourth consecutive term. Netanyahu held his first Cabinet meeting with the new government just hours before he left for court. Neither he nor any of his ministers addressed the looming trial.

Under the coalition deal, Netanyahu will remain prime minister for the next 18 months, and "alternative prime minister" for the 18 months after. He would not be legally required to step down during what's expected to be a lengthy trial.