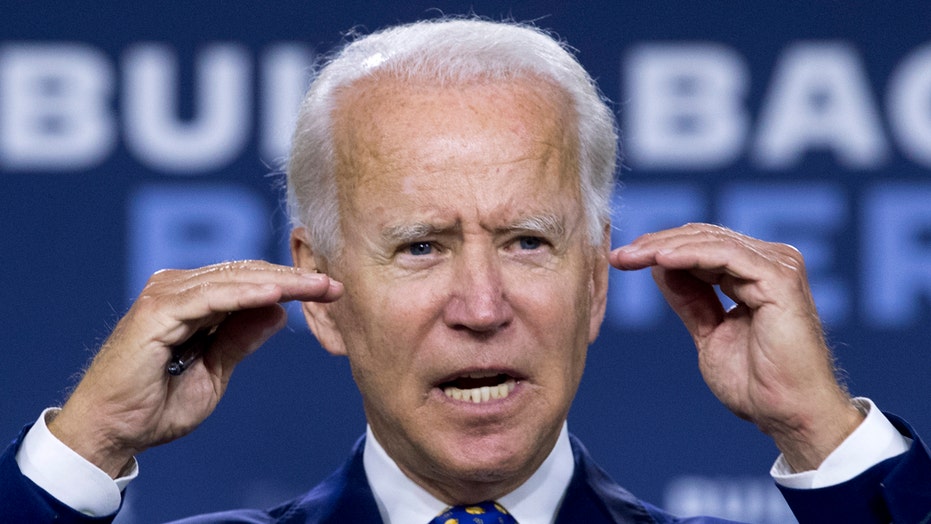 Leo Terrell: Joe Biden is a racist but gets a free pass because he's a Democrat

Civil rights attorney Leo Terrell sounds off on Joe Biden's 'insulting' remarks on lack of diversity in the Black community on 'The Brian Kilmeade Show.'

The British Broadcasting Corporation has offered an apology for using and defending a racist term in its reporting, calling it “a mistake.”

Director general Tony Hall issued the apology for using the n-word during a report about an aggravated assault in Bristol. The use drew more than 18,600 complaints, including complaints from politicians and BBC staff.

London, UK - People outside the main entrance to the BBC's Broadcasting House building in central London.

BORIS JOHNSON SAYS IT IS A 'MORAL DUTY' TO REOPEN SCHOOLS, WARNS OF WIDENING GAP BETWEEN STUDENTS

"The action and the defense of the action feels like a slap in the face of our community,” DJ Sideman, real name David Whitely, said in a statement.

The BBC initially defended use of the word, saying the organization felt it needed to “explain, and report, not just the injuries but, given their alleged extreme nature, the words alleged to have been used" during an attack on an NHS worker.

Larry Madowo, U.S. Correspondent for the BBC’s World Service, said that he had previously not been allowed to use the term in an article when quoting an African American, but ridiculed the fact that the BBC defended the action because it was “editorially justified.”

However, the organization later accepted that use of the word was offensive.

Hall acknowledged the use of the racist term caused “distress” among its viewership and vowed that the BBC would be “strengthening” guidance on offensive language.

"This is important journalism which the BBC should be reporting on and we will continue to do so," Hall said. "Yet despite these good intentions, I recognize that we have ended up creating distress amongst many people.”

"The BBC now accepts that we should have taken a different approach at the time of broadcast and we are very sorry for that. We will now be strengthening our guidance on offensive language across our output.”