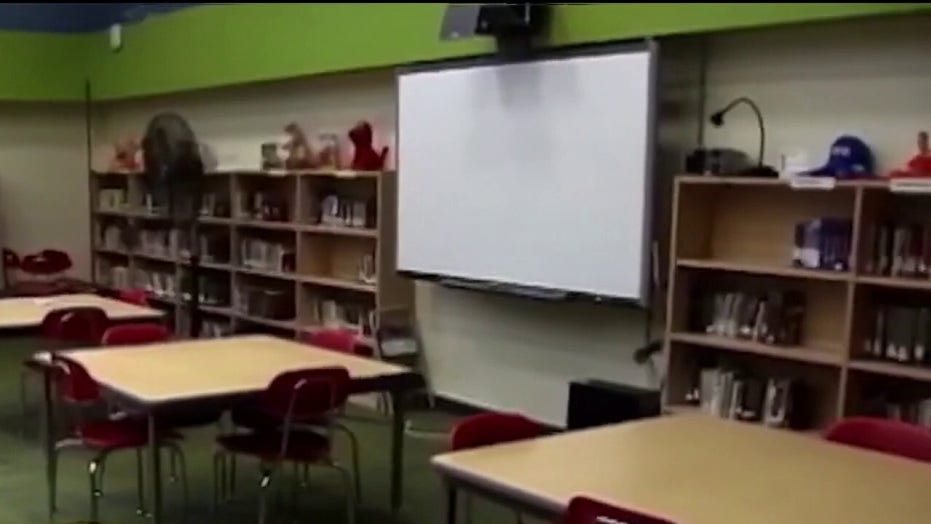 The largest Los Angeles teachers union is calling for campuses to remain closed when the new school year starts.

The board of directors and bargaining team for United Teachers Los Angeles say it’s too soon to safely bring children back to classrooms -- despite a push by President Trump to have all schools nationwide reopen in the fall.

In a statement earlier this week, union leaders declared that “safety has to be the priority.”

“We all want to physically open schools and be back with our students, but lives hang in the balance,” UTLA President Cecily Myart-Cruz said. “We need to get this right for our communities.”

Union leaders also cited a research paper that showed a “jarringly disparate rate” of infections and death among blacks and Hispancis, which would put the families of those students at greater risk.

California has seen a surge of new coronavirus cases, with thousands recorded every day.  The total number of cases statewide has ballooned to more than 312,000.

The union represents about 32,000 district employees, including teachers, counselors, nurses and librarians, according to the Los Angeles Times. In an informal poll released Friday, 83 percent of union members who responded agreed that Los Angeles Unified School District campuses should not physically reopen this fall.

KUDLOW LAYS OUT 'FOUR THINGS EVERY CITIZEN SHOULD DO' TO ENSURE SCHOOLS, BUSINESSES STAY OPEN

L.A. school officials have already suggested two options for how they would approach reopening: a learning-from-home program; and a hybrid plan that would combine learning at home with part-time attendance on campus in small, social-distanced classes.

"It is hitting us hard to think we may not be back with our students in the fall," Myart-Cruz told ABC News. "And we know this is hard on our students and their parents, so many of whom have stepped up as our partners in teaching while struggling with the economic fallout of this crisis."

“But safety must come first, along with a commitment to focus on strengthening distance learning."

The UTLA is still in discussions with the district, but it not the only California union calling for a delay in reopening.

The Oakland Education Association announced that it was in negotiations with the Oakland Unified School District to determine what safe learning will look like in the upcoming school year.

“I would love more than anything to be back with my students,” said Chela Delgado, who teaches at Coliseum College Prep Academy, “but we know that COVID is disproportionately impacting black and brown communities, and the rates in East Oakland are higher than anywhere else in the country.”

“I believe it would be irresponsible to open in the fall.”