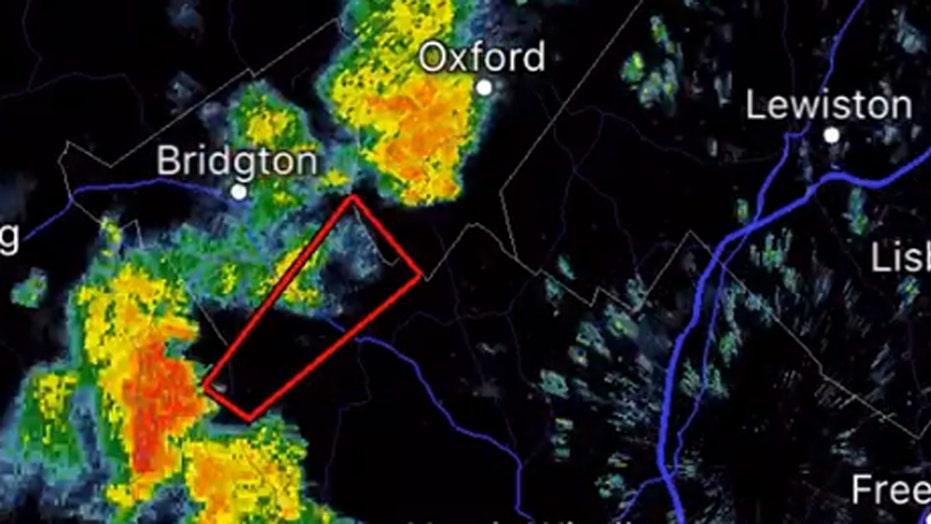 Rick Reichmuth has your FoxCast.

Editors Note: An earlier version of this story said the tornado in Maine on July 11 was the first in the state since 2017, based on local reporting. A check of records shows a tornado touched down in Maine in 2019.

Trees were downed and a tin roof was ripped off a building after a tornado touched down in Maine on Saturday, the state's first this year.

The National Weather Service (NWS) said the tornado touched down around 3:30 p.m. in Hiram, located in southwestern Maine’s Oxford County, and continued to Sebago in Cumberland County.

The region of the state was under tornado and severe thunderstorm warnings at the time.

According to the NWS office in Gray, the EF0 tornado had an estimated maximum wind speed of 80 mph and traveled along a nearly 5-mile-long path.

"Eyewitnesses, including video footage, saw the tornado form near or over an island along the western side of Barker Pond," the forecast office said in a statement. "A number of softwood trees were snapped or uprooted on the east side of the lake at the end of Barker Pond Road."

Video obtained by WGME-TV shows the tornado forming over the lake.

No fatalities or injuries were reported in the statement issued by the NWS office.

HOW STRONG CAN TORNADOES GET? HERE'S A BREAKDOWN

An EF-0 tornado has winds between 65 and 85 mph, according to the NWS.

The ratings of tornadoes on the Enhanced-Fujita Scale. (Fox News)

Tornadoes that are rated EF-0 can cause "minor damage."

Last year, an EF-1 tornado touched down in August in Washington County, Maine.