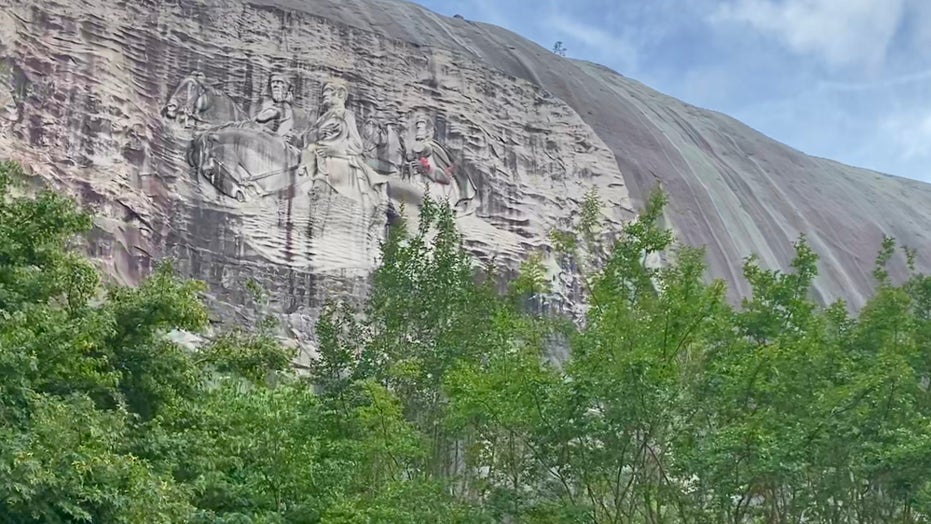 The carving is 190 feet wide and 90 feet tall. While Confederate monuments are being removed nationwide, dozens of protests at the mountain have called to remove the carving.

Stone Mountain Park in Georgia is home to the largest carving that depicts three Confederate leaders. The carving sits 190 feet wide and 90 feet tall with Jefferson Davis, Robert E. Lee, and Stonewall Jackson at its forefront.

With Confederate monuments being removed nationwide, officials at Stone Mountain are answering more calls than ever before to remove it.

Atlanta chapter NAACP President Richard Rose agrees with the hundreds of protesters that are calling to have the carving removed.

Dozens of protestors march to remove the monument led by the Atlanta chapter of NAACP. Source:聽Albert Fields / AlbertMultimedia.com

However, a group called the Georgia Sons of Confederate Veterans said the monument is a tribute to key Confederate leaders.

“One of my ancestors fought under Robert E. Lee in Virginia. He would have been absolutely horrified to think such a beautiful work of art would be torn down,” O'Toole said.

Although the group argues that the carving has great historical value, the Atlanta chapter of NAACP disagrees.

Michael Thurmond, the CEO of Dekalb County, where the monument sits, said in order to remove the divisive element of Stone Mountain, we must first understand its history.

“We have to recognize the difference between a Civil War monument and a lost cause monument. And often the carving on Stone Mountain is referred to as a Civil War monument – that’s not what it is. That monument was conceived in the early 20th century by the Ku Klux Klan,” Thurmond said.

Furthermore, Thurmond said there are several things that can be done to help reimagine Stone Mountain park.

“I believe that we should immediately remove or lower the Confederate flags that dominate the park. You can rename the streets that were all named after Confederate generals and you can provide a marking that tells the truth about the history of the carving,” Thurmond said.

However, the removal of the monument wouldn’t be easy because it has special protections under Georgia law.

“I would hope that the general assembly and the governor would have better sense to remove such an important piece of history,” O’Toole said.

Gordon Jones, the Atlanta History Center historian, said the carving on the monument has been challenged for a very long time.

In the meantime, if Georgia changes the law, the Atlanta NAACP is working on a plan to remove the monument.

“I’ve consulted with concrete experts and they think they can cover the carving, so it looks much like the original mountain before they destroyed it,” Rose said.

So far, there are two change.org petitions with over 10,000 signatures seeking the removal of the carving.

Jayla Whitfield joined Fox News in 2019 as a multimedia reporter based in Atlanta, Georgia.