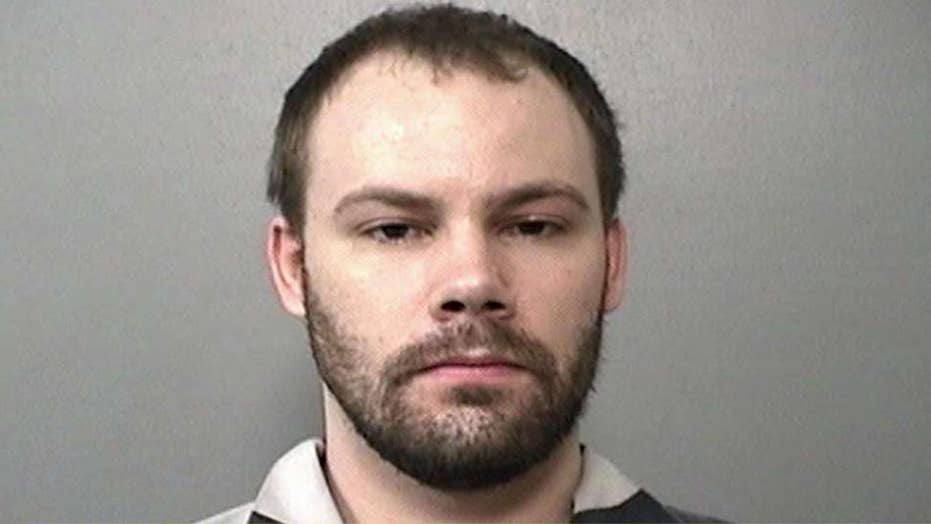 CHICAGO – A website that hosted an "Abduction 101" forum linked to a 28-year-old suspect in the kidnapping of a Chinese scholar at the University of Illinois bills itself as the most popular sexual fetish networking site on the internet — and it has faced pressure in recent months to be clearer about not tolerating behavior that could be regarded as criminal.

Brendt Allen Christensen, who earned a master's degree in physics from U of I this year, is charged in the June 9 abduction of 26-year-old Yingying Zhang. Investigators believe the woman is dead. The federal complaint says Christensen's phone was used April 19 to visit the FetLife.com forum, including to view threads titled "Perfect abduction fantasy" and "planning a kidnapping."

Christensen remains jailed and is due to make an initial appearance Monday in federal court in Urbana, not far from the University of Illinois campus where Zhang was conducting research in agricultural sciences. Christensen, who is from neighboring Champaign, was arrested Friday after agents monitoring him heard him tell someone he had kidnapped Zhang and held her against her will.

FetLife prohibited hundreds of fetish categories this year after it was cited in several criminal cases, including one in Australia, Baku said in a February online note to members. He said that, among other things, he wanted to reduce any legal liability and risks to the wider community.

As of Sunday, however, the site still included multiple forums focused on abduction fantasies, and an "Abduction Play" group had more than 78,000 FetLife members. Among the threads still available on the site was one called "Tools of the Kidnapper" and another titled "Original kidnapping Play."

One registered user who commented in the kidnapping forum agreed that anyone who engages in such fantasies must first provide consent. But the person goes on: "I enjoy the knowledge that I COULD do anything I wanted to them. I'm well aware that once I render them helpless, their very life is in my hands."

The Australian case, which Baku mentioned, involved a man who met a younger woman through FetLife. He was charged last year with assaulting her sexually and has denied the allegations. In a New York case, a couple who first met on FetLife were sentenced to lifetime prison sentences in 2015 for kidnapping and sexually abusing two Amish girls. FetLife wasn't accused of wrongdoing in either case.

Anyone can register on the site and become a member in a process that takes just a few minutes and requires no independent verification. Users provide their ages, genders and roles they wish to play, but otherwise remain anonymous.

Detailed policy guidelines on the site stress that any interaction online or in person with members must be between adults and consensual.

"FetLife's community is ... open-minded and non-judgmental," it says, adding, "Our number one priority is to create a fun and safe place for kinksters."

Neither FetLife nor Baku responded to messages seeking comment.

Authorities say Christensen kidnapped Zhang during the day as she headed to sign a lease for an apartment and was running late. She tried unsuccessfully to flag down a bus, and minutes later, is seen getting into a Saturn Astra the complaint says belonged to Christensen. While authorities say facts in the case indicate Zhang isn't alive, a body hasn't been found.

Zhang's father traveled from China to Illinois in June for the search. Zhang, who received her master's degree in environmental engineering in China last year, was described by friends and family as bright and caring. She aspired to one day land a professorship so she could help her family financially.