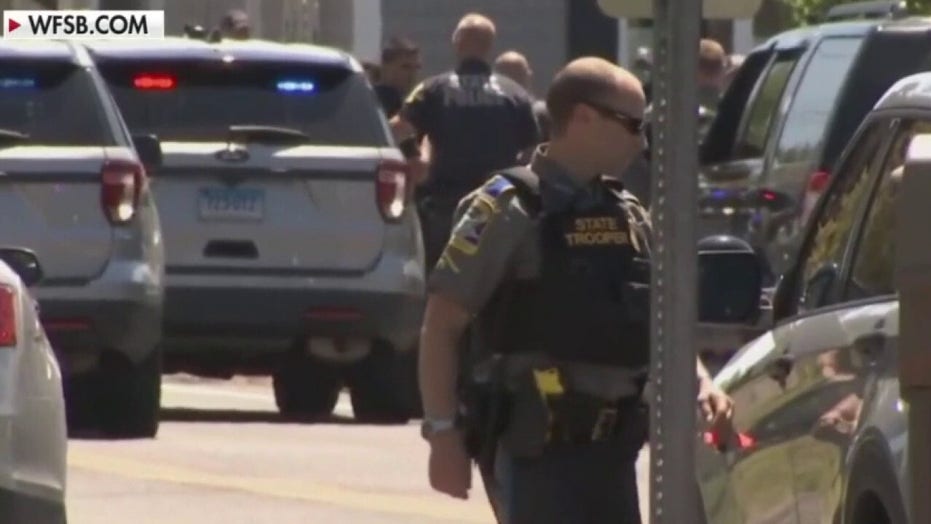 Fugitive wanted in two killings in Connecticut captured in Maryland

Peter Manfredonia was apprehended after a multi-state manhunt that stretched on for several days.

Peter Manfredonia, the fugitive University of Connecticut student wanted in two killings, was caught in Maryland after a manhunt that stretched on for days, police announced Wednesday night.

Manfredonia was taken into custody at a truck stop in Hagerstown near the Washington County Sheriff's Office following a six-day, multi-state manhunt involving several law enforcement agencies after he allegedly killed two men and bolted from Connecticut on Sunday.

The University of Connecticut senior was not injured and no officers were hurt.

The Hagerstown Police Department said an Uber driver dropped off Manfredonia, 23, in the city on Tuesday.

He then went to another home and allegedly held another man hostage before stealing his guns and truck and speeding to Derby, Conn.

In Derby, Manfredonia is believed to have shot and killed Nicholas Eisele, a former high school classmate, and forced Eisele's girlfriend into her 2016 Black Volkswagen Jetta before leaving the state. She was found uninjured in Columbia, New Jersey. Police found Eisele shot to death on Sunday.

Pennsylvania police said Manfredonia took an Uber to a Walmart in East Stroudsburg, not far from the New Jersey border. Police discovered through interviews with the driver and from security camera footage that Manfredonia walked behind the store and onto railroad tracks, investigators said.

State police also noted that Manfredonia had been seen on surveillance video at a Sheetz in Chambersburg, Pa. A Hyundai Santa Fe reported stolen Monday was recovered near the Sheetz.

Police later suspected Manfredonia to be in the Hagerstown, Md., area, where a ride-hailing service dropped off someone matching his description Wednesday.

Investigators have not elaborated on a possible motive for the crimes.

Manfredonia is a 2015 graduate of Newtown High School. He is a senior at the University of Connecticut, but has not lived on the campus in Storrs, Conn., at the time of the crimes or during recent semesters, UConn spokesperson Stephanie Reitz told WVIT.

A lawyer for the suspect's family, Michael Dolan, said Wednesday that Manfredonia, an honors engineering student at UConn, had not shown signs of violence. He said the Newtown native had a history of depression and anxiety, but would not say whether he was on any medication for those conditions.

"This came as a total surprise to everybody based on Peter's past," he said. "He's been a kind-hearted person who has no history of violence or any trouble with the law."