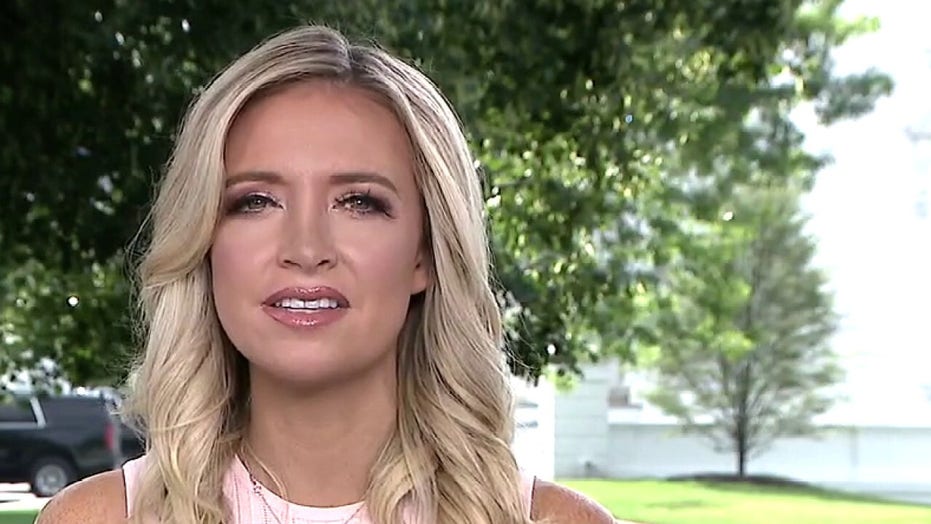 Kayleigh McEnany: How Trump's back to school strategy differs from CDC guidelines

Kayleigh McEnany, WH Press Secretary, responds to Nancy Pelosi slamming the Trump administration saying they are ignoring science in order to rush children back to school

The data hospitals collect on coronavirus patients will now be rerouted to the Trump administration instead of first being sent to the U.S. Centers for Disease Control and Prevention in Atlanta, according to reports.

Starting Wednesday, hospitals have been instructed to bypass the CDC and send daily patient information directly to a central database operated by the Department of Health and Human Services in Washington, D.C.

Michael R. Caputo, a Health and Human Services spokesman, told the New York Times, which first reported the shift, that “the new, faster and complete data system is what our nation needs to defeat the coronavirus, and the CDC, an operating division of HHS, will certainly participate in this streamlined all-of-government response. They will simply no longer control it.”

“Today, the CDC still has at least a week lag in reporting hospital data,” Caputo said in a statement. “America requires it in real time.”

The data will be used to inform decisions at the federal level, including the allocation of personal protective gear, the drug remdesivir, and other supplies, treatments and resources, according to a document on the Health and Human Services website.

Critics claim the change will hinder the work of medical researchers, modelers and officials because, unlike coronavirus data published by the CDC, the data stored by Health and Human Services will not be readily accessible by the public. Caputo said the CDC data will still be made public.

"We cannot recall over our collective tenure a single time when political pressure led to a change in the interpretation of scientific evidence," they wrote, claiming public health experts now "face two opponents: covid-19, but also political leaders and others attempting to undermine" the CDC.

A general view of the Centers for Disease Control headquarters in Atlanta, Georgia on April 23, 2020.  (Photo by Tami Chappell/AFP via Getty Images) (Getty)

"Unfortunately, their sound science is being challenged with partisan potshots, sowing confusion and mistrust at a time when the American people need leadership, expertise and clarity,” the op-ed said. “These efforts have even fueled a backlash against public health officials across the country: Public servants have been harassed, threatened and forced to resign when we need them most. This is unconscionable and dangerous.”

This comes as Trump pushs to have children return to the classrooms this fall, accusing Democrats of advocating to keep public schools online to damage his reelections chances.

Despite pressure from the president, the current head of the CDC, Dr. Robert Redfield, said Thursday that the federal public health institute will not be revising coronavirus recommendations for reopening schools, stating, “Our guidelines are our guidelines.”

The agency said there are steps that schools can take to safely reopen but that it “cannot provide one-size-fits-all criteria for opening and closing schools or changing the way schools are run.” Documents obtained by The Associated Press said “decisions about how to open and run schools safely should be made based on local needs and conditions. They also included a checklist encouraging parents to carefully consider whether they should send their kids back to school in person or seek virtual instruction.

California’s two largest public school systems said Monday that classes will be online after summer vacation, citing “skyrocketing infection rates” The largest public school system in the country will likely not fully reopen in the fall, but New York City May Bill de Blasio has proposed a plan to return students to the classroom on a part-time basis.

New York Gov. Andrew Cuomo said Monday that schools cleared to reopen for in-person instruction in the state must be in an area that maintains a daily infection rate below 5 percent, based on a 14-day average over a sustained period. He said a final decision on reopening will come the first week of August, adding that he would not be using “our children as guinea pigs.”