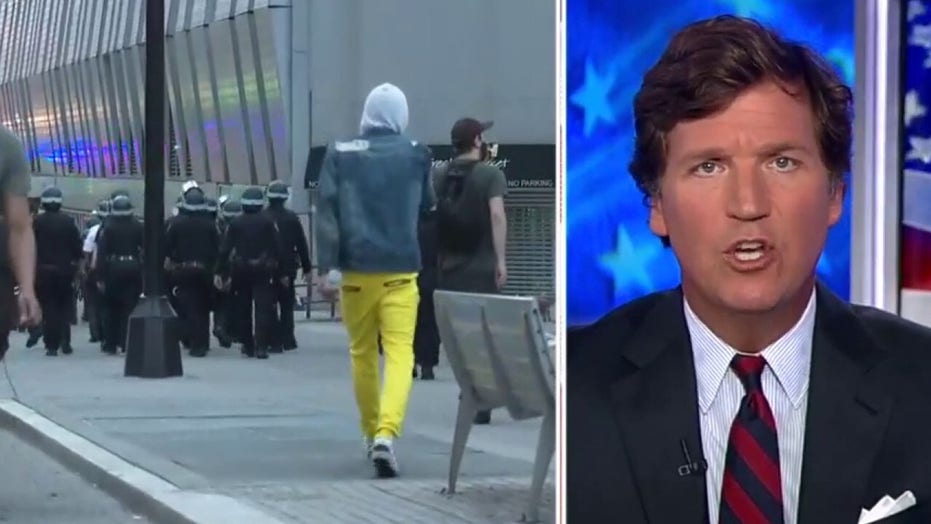 The NYPD Lieutenants Benevolent Association on Tuesday slammed New York Gov. Andrew Cuomo and other leaders for labeling the department “incompetent” and siding with “peaceful protesters,” despite a video showing a protester hitting a lieutenant on the back of his head with a brick amid riots and looting sparked by the death of George Floyd.

In a letter sent to NYPD lieutenants and obtained by Fox News, association president Lou Turco said politicians have been blaming law enforcement for “all the societal ills realistically created by their misdirected and hollow civic policies” while officers are being attacked.

The letter took direct aim to Cuomo, with Turco writing: "How dare you call the members of the NYPD incompetent, when it is your misguided policies that have created an environment where police cannot police and you provide additional incentives to those who want to destroy society and commit crimes against people, law enforcement and property."

"You, and your administration, have completely abandoned and insulted the members of the New York City Police Department," he added.

A lieutenant's helmet after a protester struck him with a brick.  (Lieutenants Benevolent Association)

Video of the incident from Sunday night shows a lieutenant collapsing to the ground after being struck with a brick, prompting a fellow officer to draw his weapon to protect the lieutenant and other officers as a crowd began to surge.

“The other night one of the rioters, under the cover of being a ‘peaceful protestor,’ took a brick, snuck up behind one of our fellow lieutenants and murderously took a full swing, hitting the lieutenant in the back of the head,” Turco said.

On Monday, Mayor Bill de Blasio condemned the officer who drew his weapon.

“To me, seeing that video, was absolutely unacceptable,” de Blasio said.

The NYPD Police Benevolent Association (PBA) later released a video clip of the lieutenant getting hit, which it claimed preceded the officer drawing his gun on the crowd.

“Now we have the full story: this police officer unholstered his weapon only after his supervisor was nearly killed with a brick. #FactsMatter,” the PBA tweeted.

Turco blasted politicians and “mislabeled” civic leaders for focusing on the “supposed aggressive actions” of police officers while pandering to “the now comically labeled ‘peaceful protestors.’”

The lieutenant who was struck has received medical evaluation and attention. A complaint report has been prepared for attempted homicide, Turco said.

“Ladies and gentlemen, please protect yourselves and those you supervise the best you can. It is painfully obvious that no civic leaders support us, nor do they genuinely care about our safety,” Turco said.

“They spout disingenuous words to retain our assistance to clean up the problems they've created, but they are proactively willing to use us as scapegoats and sacrifice our safety just to ensure their political survival. Their actions are disgusting, irresponsible, hypocritical, and unconscionable.”

"We've had police officers trying to stop looters and they've been knocked down, they've been run down, and some of them have almost been shot down. That's exactly what's happening on the street," Lynch said. "Watch the video, watch the security cameras, venture in and see what happens."

He added: "Roving gangs running up and down the street under the guise of 'protest,' when it's 12 o'clock at night. It's not a protest. It's a riot. It's looting. The violence, the mayor has to say now, 'It stops today,' and allow our police department to use the skills, the technique, and the equipment we have to do the job."

New York City, meanwhile, was bracing for another night of unrest Tuesday as thousands of protestors remained on the streets after an 8 p.m. curfew put in place by officials struggling to quell destruction.

De Blasio had doubled down on a citywide curfew, moving it up from 11 p.m. the night before, but rejected an urging from President Trump and an offer from Cuomo to bring in the National Guard.