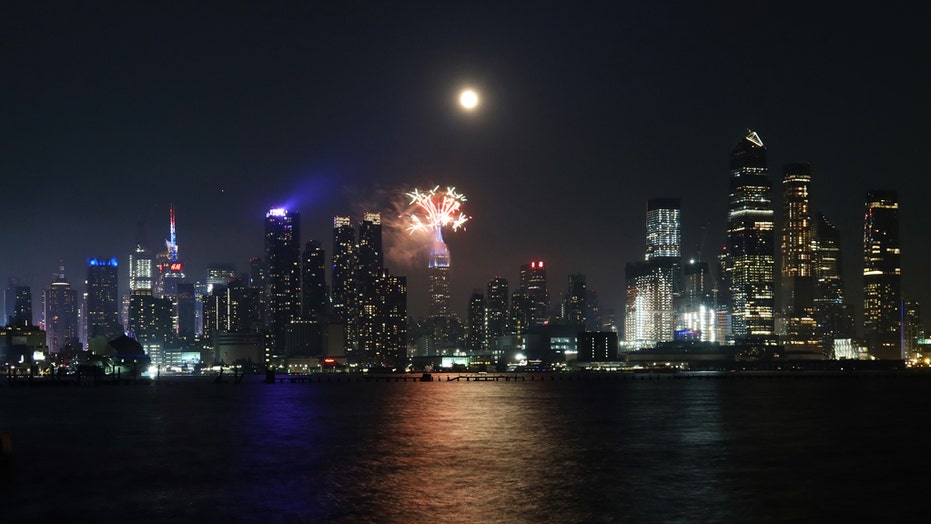 At least eight people were killed and more than 44 people were shot as New York City saw its surge in violence continue throughout the Fourth of July weekend, according to multiple reports.

As fireworks subsided, there were a reported 21 shootings that left at least 37 people injured and three people killed during a nine-hour span between midnight through 9:00 a.m. on Sunday, according to NYPD Chief of Detectives Rodney Harrison. Later on Sunday night -- in a span of three hours -- at least seven people were shot, including five fatally.

"The NYPD and the community need to work together as a team to help curb the violence," Harrison tweeted on Sunday. "As shootings throughout NYC continue to rise, news articles like these are becoming a daily occurrence."

At least four NYPD officers were involved in attacks that left two with minor injuries, according to NBC New York. Two officers in the Bronx were sitting in their vehicle when a bullet pierced their windshield, sending glass shards into an officer's face. A suspect also threw a lit firework through an unmarked police vehicle window, a police spokesperson said.

The violence on Sunday night began around 5:47 p.m. At least four people were fatally shot -- all in their 20s -- in the Bronx and Brooklyn, the New York Post reported. A 45-year-old man was found dead after being shot in the head in Staten Island at around 8:47 p.m.

NYPD leadership called out Manhattan District Attorney Cy Vance earlier on Sunday inquiring why he hasn't responded to any shootings in the previous 24 hours.

"Manhattan DA Cy Vance where are you? No show at any shooting scene!!! Our community is being attacked, there have been 24 people shot in the city in the past 24 hours....Where Are You!!!," tweeted Assistant Chief Stephen Hughes.

"Disgraceful the amount of people shot in Manhattan North in the past 24 hours! Where are the elected officials and violence interupter!! The community is suffering!!," she added.

From the beginning of the year through Saturday, there were 530 shootings in New York City. There were only 350 shootings during the same time period last year, police said. At least 83 people were shot citywide in the nine days prior to the Fourth of July, Fox 5 New York reported.

WEEHAWKEN, NJ - JULY 4: Macy's fireworks go off on the top of the Empire State Building as the full buck moon rises in the sky on July 4, 2020 as seen from Weehawken, New Jersey. (Photo by Gary Hershorn/FOX News)

There haven't been this many shootings in New York City since 1996, according to the station.