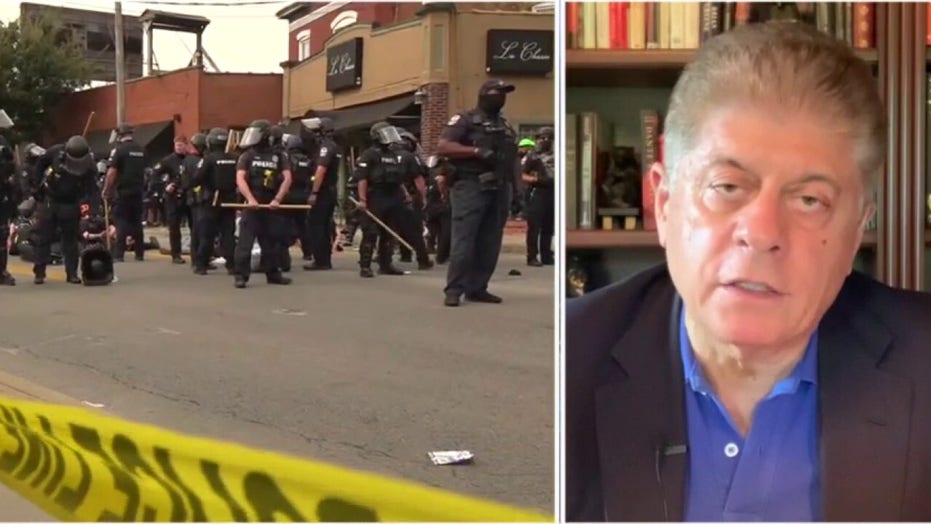 A former Louisville police officer indicted in connection with the March drug raid that resulted in the death of Breonna Taylor is accused of "the moral equivalent of hitting somebody with your golf club," Fox News senior judiciary analyst Judge Andrew Napolitano told "Your World" Wednesday.

Officer Brett Hankison, who was fired from the Louisville Metropolitan Police Department in June, was indicted on three counts of wanton endangerment by a Jefferson County grand jury. No charges were announced against the two other officers involved in the raid -- Myles Cosgrove and Sgt. Johnathan Mattingly, who was shot in the leg and underwent surgery after the police operation that resulted in Taylor's death.

BREONNA TAYLOR CASE EVIDENCE DOES NOT 'PROVE A HOMICIDE' BY POLICE: ANDY MCCARTHY

Napolitano told host Charles Payne that though the officers "had to use some force in order to stay alive" that night, their actions were "a little too aggressive for self-defense.

"If I could have had my way, if I were the grand jury ... I would have indicted all three of them -- for sure, the one who fired the fatal shot," he added. "Why that didn't happen is something we won't know until there is a trial and we get to see the transcripts of what went on before the grand jury."

Napolitano explained that the officers were at the home to arrest a suspect who was not actually there, but that they reacted in a "normal response" when a bullet came flying at them.

"The boyfriend, the one who fired the gun, thought that drug dealers were coming after him," he judge said. "He fired and missed and as a result, the police shot back. From the police perspective ... They were there to serve a warrant and were authorized to use whatever force was necessary to serve the arrest warrant."

"It is certainly not justifiable to have a target on your back, in this case, literally target. It appears [however] that this was a case of self-defense on the part of these police officers. That is what the jury found."