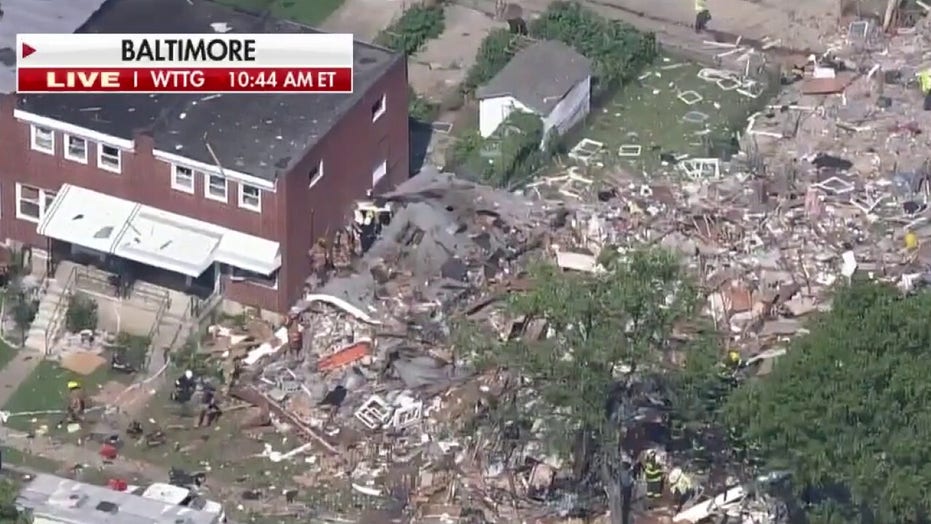 Rescue crews are searching for missing residents after a confirmed gas explosion kills one person and sends three to the hospital.

Fire officials said Tuesday the second victim was a man whose body was found by firefighters sifting through the rubble with their hands and small tools. Monday’s 10 a.m. blast rocked the Pikesville neighborhood in northwest Baltimore, shattering windows in nearby homes. It could be heard for miles.

At a Tuesday morning news briefing, fire officials upped the number of those injured to seven. The victims included five who were in critical condition at local hospitals.

Baltimore Mayor Bernard Young told the briefing that the devastation was so extensive he didn’t know how to describe it. “I’m just asking the community at large, the city, to come together in prayer,” he said.

Firefighters believe everyone has been accounted for, fire department spokeswoman Blair Adams said. “We haven’t had any reports of anyone still missing,” she said.

Adams said firefighters were now conducting a recovery and cleanup operation. “We are thinking of all the residents in the area and the family who lost a loved one or possibly could have been injured because of this,” Adams added.

Baltimore City Council President Brandon Scott said the community’s reaction to the explosion should dispel the notion that Baltimore residents don’t care about each other.

“We hear a lot about Baltimore and the negativity of Baltimore but in a tragedy like what we saw yesterday you saw the true spirit of Baltimore,” Scott said.

The cause of the gas explosion remains under investigation.

Baltimore Gas and Electric said Monday night their records show the gas infrastructure in the neighborhood was installed more than 50 years ago. The utility said no gas odors were reported prior to the explosion and it had not received any recent gas odor calls from the block of homes that were damaged.

The company said that its most recent inspection of the gas mains and services in the area occurred in June and July of 2019 and did not identify any leaks.

Fox 45 Baltimore interviewed a woman who said she was rescued by neighbors after being trapped in the rubble. She suffered no injuries.

“I thank everybody because all of those people who came from everywhere and they were actually digging us out,” the woman said.

“I fell from the top to the bottom," she told the station, "and they were working to get me out.”