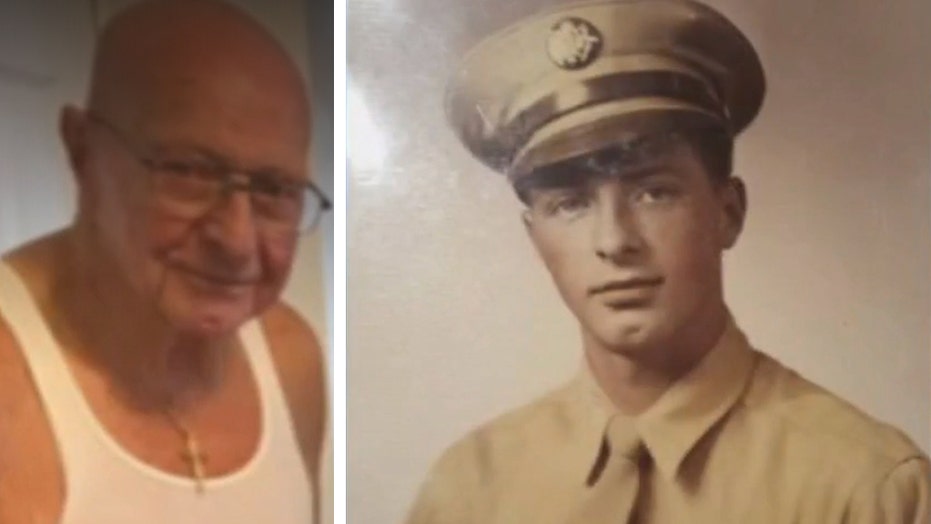 Steve and Teresa Esposito, a Brooklyn couple married for 70 years, both died this month -- he contracted COVID-19 and she had Alzheimer’s disease.

But their family says Steve Esposito had a gold cross that went missing before he succumbed to the virus, and they're asking for its return, according to a local report.

Steve Esposito, an Army veteran, bought matching crosses for him and his wife that they rarely took off, their granddaughter Jessica Petrosino told Fox 5 NY.

(Courtesy of the Esposito family)

“This is something that was going to be passed down to grandchildren and great-grandchildren,” she said.

Days after Teresa Esposito's death, Steve Esposito checked in to NYU Langone Hospital in Brooklyn, the outlet reported, and he then briefly transferred to the Bensonhurst Center for Rehabilitation and Healthcare.

He returned to NYU, where he later died, and his cross was missing, according to Petrosino.

She filed a police report, but she hinted that the family is more concerned with recovering the heirloom than seeing anyone punished.

“We don’t have any questions,” she told Fox 5. “We don’t want to know anything. [We want it] back in our family, where it belongs. This is something we didn’t want to die with my grandfather, and at this moment, it died with him.”

NYU told Fox 5 in a statement that it is investigating the matter.

“We have already been in contact with family, have expressed our condolences on the loss of their loved one, and will continue to keep them updated on the progress of the inquiry,” the hospital said.

(Courtesy of the Esposito family)

The Bensonhurst Center, which has barred visitors to the facility since March 11 over concerns about the spread of the coronavirus, did not immediately respond to Fox News' request for comment.