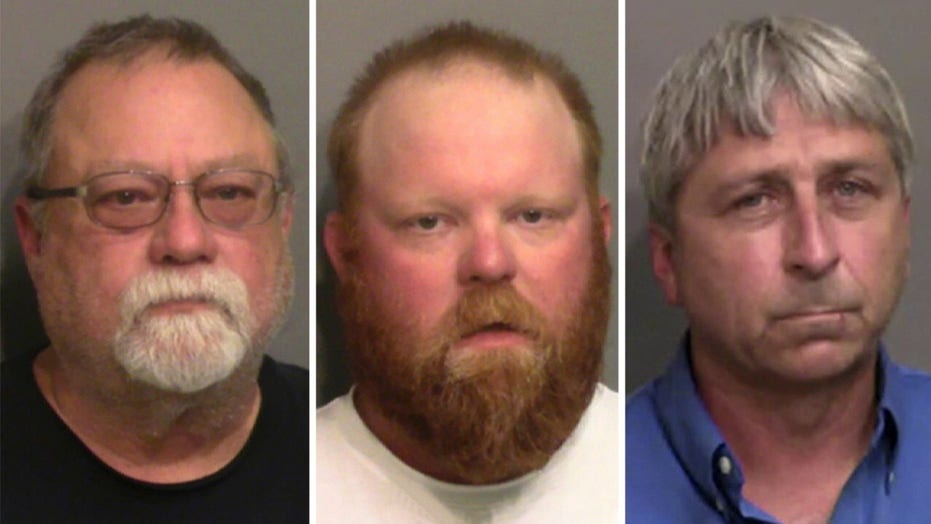 A judge will decide if the case moves to trial or gets dismissed; Phil Keating reports from outside the Georgia courthouse.

The Georgia man who allegedly shot Ahmaud Arbery while he was he was jogging on a residential street called him a "f---ing n----r" as he stood over the 25-year-old's lifeless body, according to testimony given Thursday in a Gynn Country courtroom.

William Bryan, the man who shot the infamous viral video of Arbery's death, told investigators that ex-cop Gregory McMichael, 64, and his son, Travis McMichael, 34, chased Arbery with their truck and blocked his exit before opening fire and killing the young black man.

That admission, along with the use of racial expletives, will likely factor into the Justice Department's decision whether to pursue federal hate crime charges against Arbery’s accused killers.

Georgia Bureau of Investigation's lead investigator, Rick Dial, testified Thursday at a probable cause hearing for the three defendants charged with Arbery’s murder: the McMichaels and their neighbor Bryan, 50.

Dial testified that Arbery was running toward the McMichaels' truck and that Greg McMichael was in the bed of the pick-up. Travis McMichael aimed his shotgun at Arbery from outside the driver’s side door.

Arbery changed direction and tried to pass the truck on the passenger’s side, but Travis McMichael showed up again and "made the decision to engage," Dial said.

Arbery was shot three times. Once in the center of his chest, once in the upper left chest and once through his right wrist. 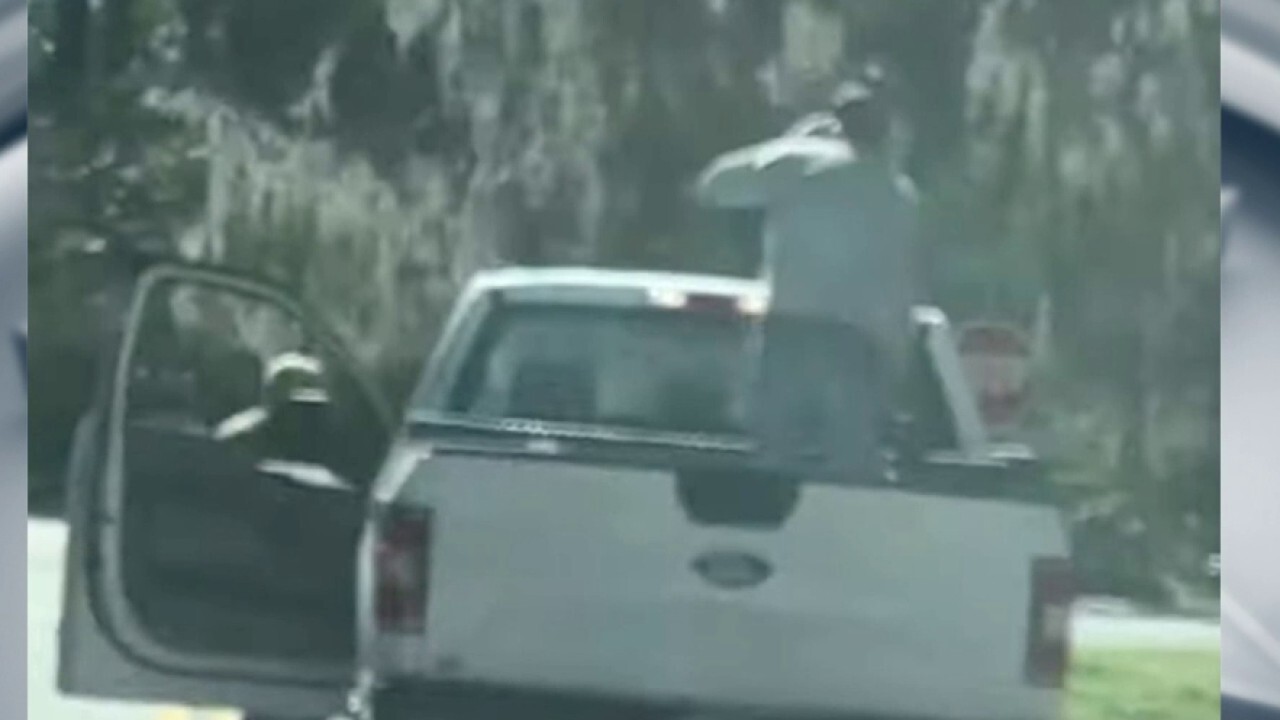 The McMichaels and  Bryan have all been charged with felony murder in Arbery's death and appeared on video from the Glynn County Detention Center due to coronavirus concerns.

In addition to murder, the McMichaels have also been slapped with an aggravated assault charge while Bryan, who shot the cellphone video that was leaked on social media and triggered a national outcry, has also been charged with one count of criminal attempt to commit false imprisonment.

Special prosecutor Jesse Evans described a harrowing scene in the last minutes of Arbery's life and said he was “chased, hunted down and ultimately executed."

Arbery's mother, Wanda Lee Cooper, and family attorney Lee Merritt were also at the hearing. Some of Arbery's family members got emotional and left the courtroom.

Dial confirmed there is additional video of Arbery trying to leave but that Bryan tried to block Arbery multiple times.

The judge ruled during Thursday's probable cause hearing that the cases against all three defendants could advance to the trial court.

Arbery, an unarmed 25-year-old black man studying to be an electrician, was shot and killed in late February near the coastal city of Brunswick. Charges, however, were not filed against any of the men accused in his shooting death until May, when the Georgia Bureau of Investigation was called in to investigate Arbery's death. It was then learned that local law enforcement and district attorneys allegedly slow-walked the case to allegedly protect one of their own.

The fact that local law enforcement largely looked the other way after Arbery's death triggered national outrage and demands for accountability.

Since then, a harsh light has been cast on the Glynn County Police Department. A deeper dive into the beleaguered police department by Fox News uncovered scandals and claims of corruption for years, including allegations that detectives tampered with evidence, lied to prosecutors and retaliated against whistleblowers.

GEORGIA POLICE DEPARTMENT AT CENTER OF ARBERY MURDER INVESTIGATION HAS DISTURBING PAST FILLED WITH SCANDALS, CORRUPTION

When the GBI finally arrived in Brunswick, it took them less than 48 hours to arrest the McMichaels.The quick arrest prompted even more anger and accusations of cronyism at the local police department. There was also a backlash for three district attorneys involved in the case prior to the GBI taking over. 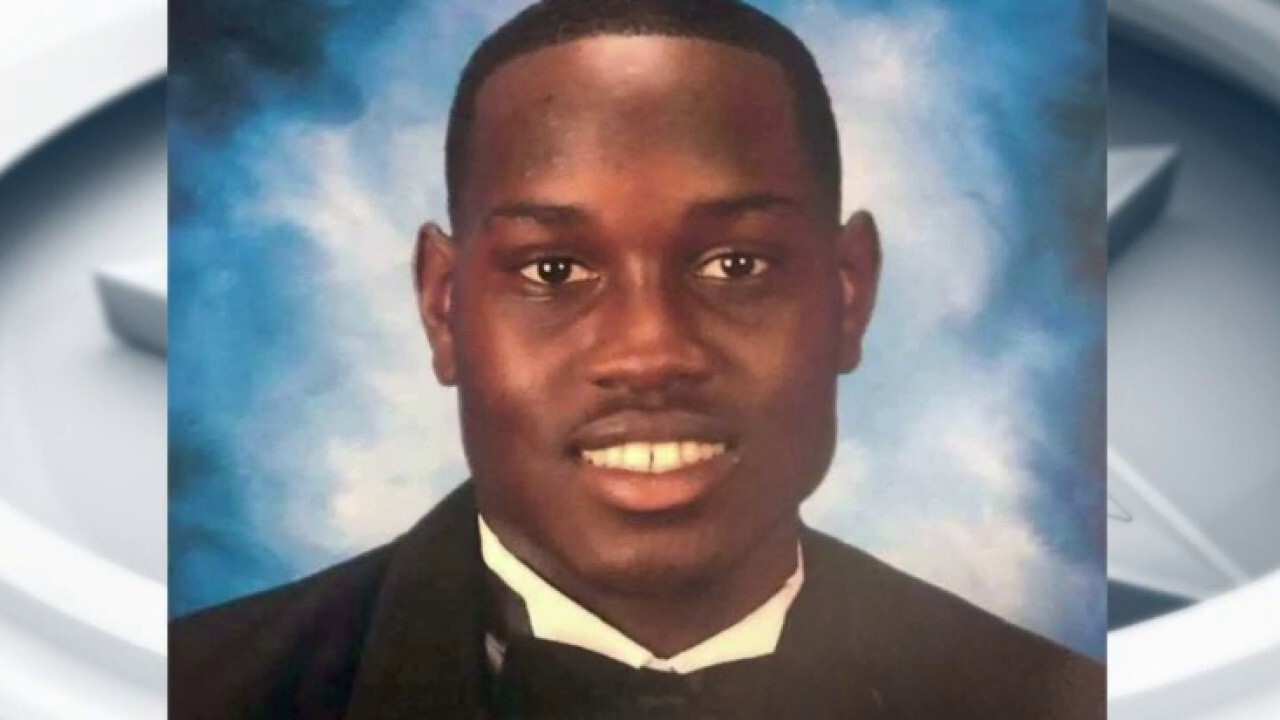 In the disturbing video taken by Bryan, Arbery and Travis McMichael can be seen fighting over McMichael's shotgun as McMichael shoots him three times. Arbery spins around, tries to run but falls to the pavement.

The elder McMichael, who has ties to the police department, told law enforcement on the scene that he saw Arbery running through the neighborhood and thought he resembled a suspect that was responsible for recent break-ins.

Lawyers for the McMichals say their clients are innocent and that the full story will come out at trial.

With tensions already running so high in Brunswick and the rest of the country, Georgia Gov. Brian Kemp said Wednesday that the state will do "whatever is necessary to keep the peace."

What started out as peaceful protests last week over police brutality and the tragic deaths of Arbery, Breonna Taylor in Louisville, Ky., and George Floyd in Minneapolis took a destructive turn when hundreds of stores were looted, cars were set on fire, and protesters and police officers squared off, sometimes violently.

Georgia was not exempt from the destruction and chaos that took place coast to coast. In Atlanta, about a four-hour drive from Glynn County, a peaceful rally on Friday devolved into a night of chaos that led to protesters torching a police car and breaking into nearby businesses.

"We will take the appropriate actions to hold bad actors accountable if they try to infiltrate what has been very peaceful gatherings in that community (Brunswick/Glynn County) for well over a month now," Kemp said.

A rally was planned at the Glynn County Courthouse hours after Thursday's hearing for the McMichaels and Bryan.