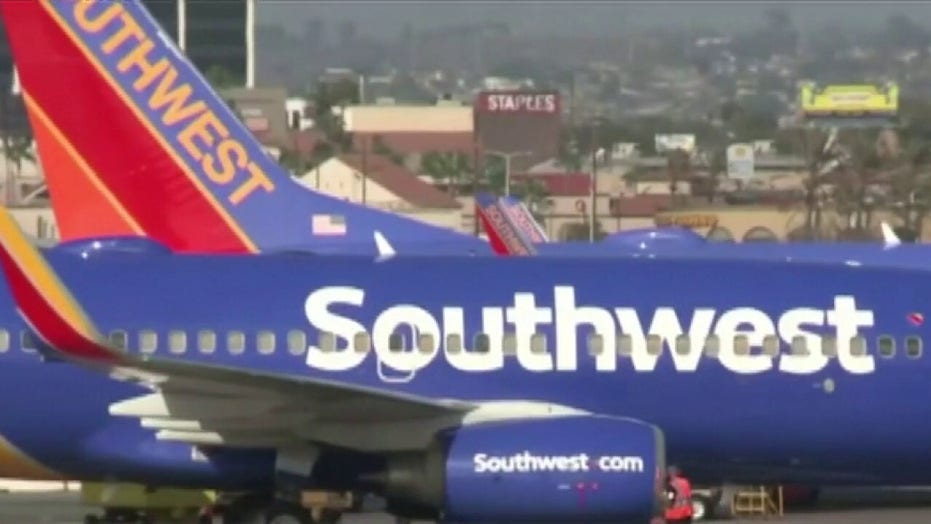 A Texas mother says her family was refused service on a recent Southwest Airlines flight because her 3-year-old son with autism would not wear a face mask.

Alyssa Sadler planned to fly from Midland to Houston with her son and daughter, 1, on Monday when the alleged incident occurred, Click2Houston reports.

The flight initially left the gate, Sadler said, but soon returned after a crew member noticed that the boy would not keep the mask on.

The flight initially left the gate, Sadler said, but soon returned after a crew member noticed that the boy would not keep the mask on. (iStock)

"They're going over the security safety features and all that, and the flight attendant walks by and tells me that he has to put a mask on,” she continued to KTRK. “So, I try to put the mask on him. He is 3 and has autism and sensory processing disorders, so he wouldn't keep the mask on."

Then, the flight attendant allegedly alerted the captain of the issue, who asked Sadler’s son to wear the mask before returning the plane to the gate.

A flight attendant allegedly alerted the captain of the issue, who asked the young boy to wear the mask before returning the plane to the gate. (iStock)

Sadler said the captain announced the reason for the early return over the loudspeaker, telling the plane that a noncompliant passenger refused to wear a facial covering. From there, Sadler said an escort helped remove her family’s luggage and that airline officials later wrote up her son for noncompliance to the carrier’s policy.

THE MOST AND LEAST EFFECTIVE CORONAVIRUS FACE MASKS, ACCORDING TO NEW STUDY

The parent stressed that she understands the importance of the mask policy but argued that exemptions must be made for those with disabilities.

"I agree with the mask policy," Sadler told the outlet. "I wear my mask everywhere I go. It's not an issue, but you've got to have some kind of exemption, especially for people with disabilities.”

In a policy update effective July 27, Southwest ended face mask exemptions for passengers over the age of 2 and suspended medical exceptions for the PPE, citing evolving guidance from the Centers for Disease Control and Prevention amid the coronavirus health crisis.

Sadler, however, thinks the mask policy is too rigid for younger passengers with autism. “No 3-year-old, who is autistic and has sensory processing disorder, is going to put anything on their face,” Sadler argued. “He's supposed to wear glasses. I can't even get him to wear his glasses to help him see. He just doesn't understand. He doesn't like things touching his face, so he's not going to put a mask on.”

What’s more, Sadler said that her 3-year-old did not wear a mask while boarding or flying out to Midland on a Southwest flight last week, Click2Houston and KTRK report. She added that there were no issues.

Now, Sadler and her kids plan to drive home to Houston on Thursday.

When reached for comment Tuesday morning, a spokesperson for the airline shared the following statement with Fox News:

“Southwest Airlines requires all Customers over the age of two to wear a face covering or mask while traveling to help prevent the transmission of COVID-19. We communicate this policy to all Customers at multiple touchpoints throughout the travel journey, so we regret any inconvenience this family experienced. Customers are informed of the policy on our website during booking, in a pre-trip email sent prior to departure, and during a required acknowledgment that’s part of the Customer Health Declaration Form which appears during the online check-in process on the Southwest app, Southwest.com, and Southwest’s mobile website.

“If a Customer is unable to wear a face covering for any reason, Southwest regrets that we are unable to transport the individual. In those cases, we will issue a full refund and hope to welcome the Customer on board in the future, if public health guidance regarding face coverings changes."

“At Southwest, safety and caring for others with our Southwest Hearts is at the center of everything that we do — which is especially important during this pandemic," the carrier added. "We appreciate the ongoing support and spirit of cooperation among our Customers and Employees as we collectively take care of each other while striving to prevent the spread of COVID-19.”