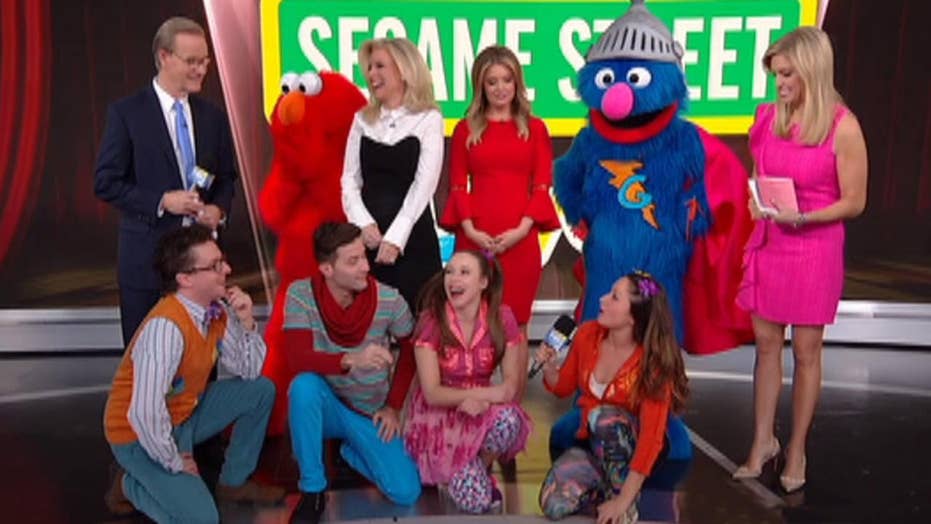 Cast members talk about the show and family.

At least one person wasn’t having a sunny day at Sesame Street.

An adult man allegedly punched a Sesame Place worker after being asked to wear a mask at the Pennsylvania theme park.

On Sunday, a teen employee of the theme park told an unidentified man and woman that they were required to wear masks while in the park, WCAU reports. As with many businesses, the park instituted the policy amid the coronavirus pandemic.

PARENTS NOT READY TO BRING KIDS BACK TO DISNEYLAND, DISNEY WORLD AND OTHER THEME PARKS: REPORT

Later in the day, the man reportedly "confronted" the staffer outside the Captain Cookie’s High C’s Adventure ride around 5 p.m. and punched the teenager in the face, police said, per the outlet.

The man and woman reportedly fled the scene and were chased by park security. According to witnesses, they drove away in a vehicle registered in New York. Authorities are looking for information on the suspect’s identity.

The teenage park employee suffered an injury to his jaw and a cracked tooth. He was taken to a nearby hospital and reportedly underwent surgery Monday.

This is the latest incident involving face masks.

Yesterday, Fox News reported on a video that was apparently filmed in a Long Island grocery store that showed a woman shouting insults and threats at a worker. Various news outlets reported that a worker at the grocery store told the woman to wear a mask. At one point in the video, the woman can be heard shouting, “Don’t put your communist crap on me.”