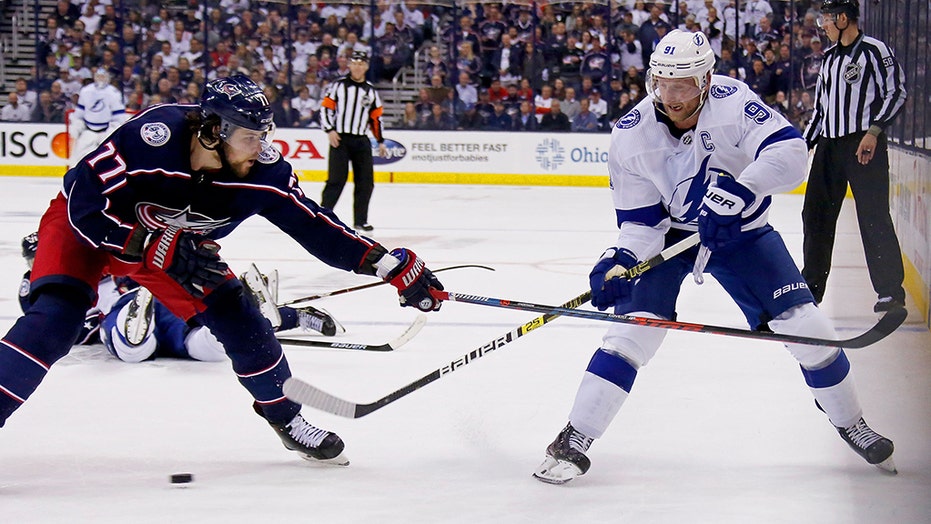 The Tampa Bay Lightning are hoping for a better outcome than last year when they take on the Columbus Blue Jackets in the first round of the Stanley Cup playoffs on Tuesday.

Columbus will be looking to repeat last year’s matchup where they swept the Lightning in four games, marking their first playoff series victory in franchise history.

HOCKEY MAKES PROGRESS IN MIDST OF AWAKENING ABOUT RACISM

The Blue Jackets have proven to be a “blue-collar” team over the past two seasons.

In their best-of-five series against the Toronto Maple Leafs, Columbus came out strong with a 2-0 win over the playoff-hungry Leafs. But with the series at 2-1, they blew a three-goal lead in the final four minutes of what would be a 4-3 overtime loss in Game 4. The Leafs forced a Game 5 but Columbus was able to seamlessly solidify their spot in the playoffs with a 3-0 win.

“It’s a group that we don’t do it easy, the easy way," head coach John Tortorella said. “As I said to you guys earlier today, we just try to go out and play. I’m proud of them.”

PUNCHER’S CHANCE: FIGHTING IS UP DURING UNIQUE NHL PLAYOFFS

But Lightning head coach Jon Cooper isn’t going to underestimate his opponent going into the first round.

“If blue-collar means a hard-working team, they are. But they don’t have blue-collar talent,” he told reporters on Monday. “They have blue-chip talent.”

The Lightning defeated the Washington Capitals (3-2) and the Boston Bruins (3-2) but fell to the Philadelphia Flyers (4-1) in the round-robin games to determine seeding.

WHO'S MISSING? Lightning Captain Steven Stamkos has been out since sustaining a lower-body injury before the start of training camp last month. And defenseman Victor Hedman’s status is uncertain after the Norris Trophy finalist appeared to twist his right ankle in a 4-1 loss to Philadelphia on Saturday.

Tortorella ruled out goalie Elvis Merzlikins from Game 1. That means the Blue Jackets will start Joonas Korpisalo, who is coming off a 33-save outing in Columbus’ 3-0 Game 5 win over Toronto on Sunday night. Korpisalo also shut out Toronto in Game 1, but was yanked for Merzlikins after allowing three goals on 15 shots in Game 3.