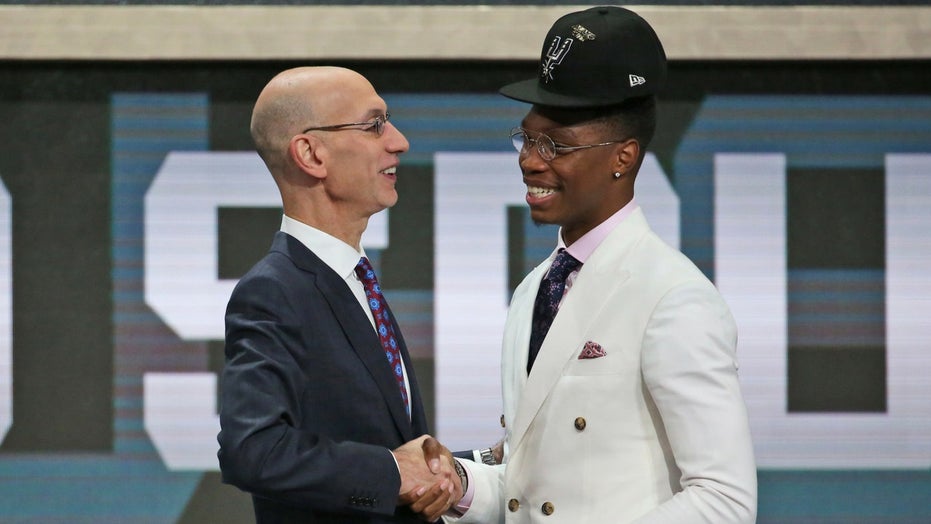 San Antonio Spurs guard Lonnie Walker IV helped clean up some of the buildings in San Antonio that were damaged during the George Floyd protests Saturday night.

Walker was among a group Sunday morning who helped clean up businesses in the central part of the city, according to the San Antonio Express-News.

“I take great pride in saying that I live in San Antonio,” Walker told the Express-News. “I am part of this community.”

Walker, who was in the middle of his second season with the Spurs before the league pressed pause on the season due to the coronavirus pandemic, handed out water bottles to other workers, police officers and fans. Walker received praise from fans who were also in the area while he was cleaning up and helping out.

“I am just trying to be another human being playing my part,” Walker told the paper. “I am not Lonnie Walker who plays for the Spurs. I am not an NBA player. I am just a regular human being trying to do what we are supposed to do, and that’s to create peace, positivity, and joy throughout everybody’s lives.”

MICHAEL JORDAN ON DEATH OF GEORGE FLOYD: 'WE HAVE HAD ENOUGH'

According to the Express-News, around 5,000 demonstrators flocked to downtown San Antonio to march in support of Floyd – a Minneapolis man who died in a police-involved incident last week. The protests then turned violent as some people clashed with police.

“Everyone is not seeing eye to eye at the moment,” Walker said. “There are people who have an abundant amount of emotions who really don’t know how to express themselves, and that’s why you have mistakes. All humans make mistakes. The most we can do is forgive them.”

Walker didn’t give his thoughts on the Floyd incident and instead wanted to focus his efforts on helping to clean up the city.

“We are here as a group,” he said. “It doesn’t matter if you are white, black, Mexican. We are trying to get to the end all be all, which is that world peace. Peace, positivity, and being equal. It all starts here. So, spreading love is, for sure, a pinpoint for it.”