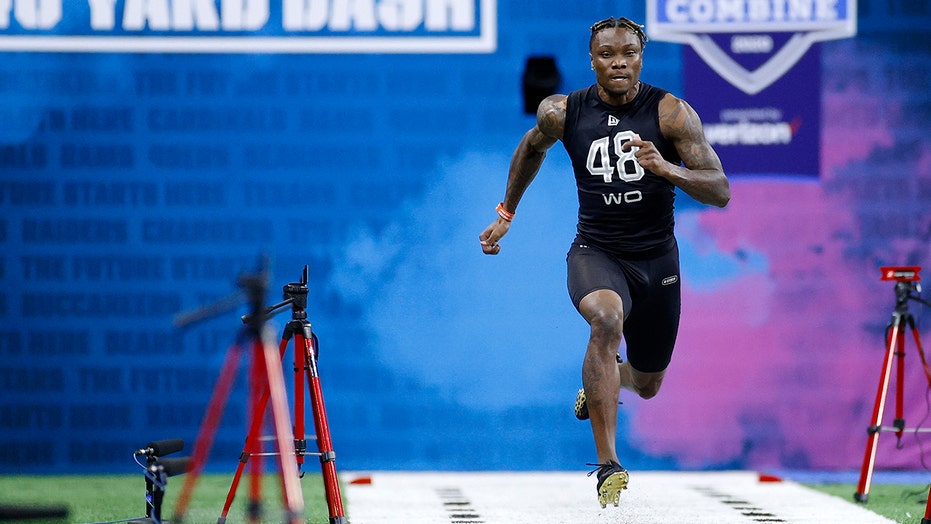 The No. 12 draft pick out of Alabama suffered an open wound to his thigh while moving items into a trailer, his father, Henry Ruggs Jr., told Al.com.

“He was trying to move a trailer or something -- move furniture or something -- and the trailer just kind of pinned him against a car or a wall or something,” he told the outlet. “He’s pretty much OK, I’m about to go out there and see him in a little bit. It was just like a little open wound on his leg, a little incision. Like something had stuck him right there on his thigh a little bit.”

Ruggs Jr. said that they haven’t seen the doctors yet because of the coronavirus pandemic but that they’re taking the necessary precautions.

“He’s just having to walk on crutches. Not putting as much pressure on it.”

The Raiders released a statement to the Las Vegas Review-Journal that they were aware of Ruggs' injury, writing, “The Raiders are aware of a report regarding an off-field injury to Henry Ruggs III. Respecting Henry’s right to medical privacy, the team will not be commenting on the report."

Ruggs spent three years at Alabama and was regarded as one of the best wide receiver prospects in the 2020 NFL Draft. Coming out of Robert E. Lee High School in Alabama, Ruggs was a five-star prospect by 247Sports and the No. 2 overall player in the state of Alabama.