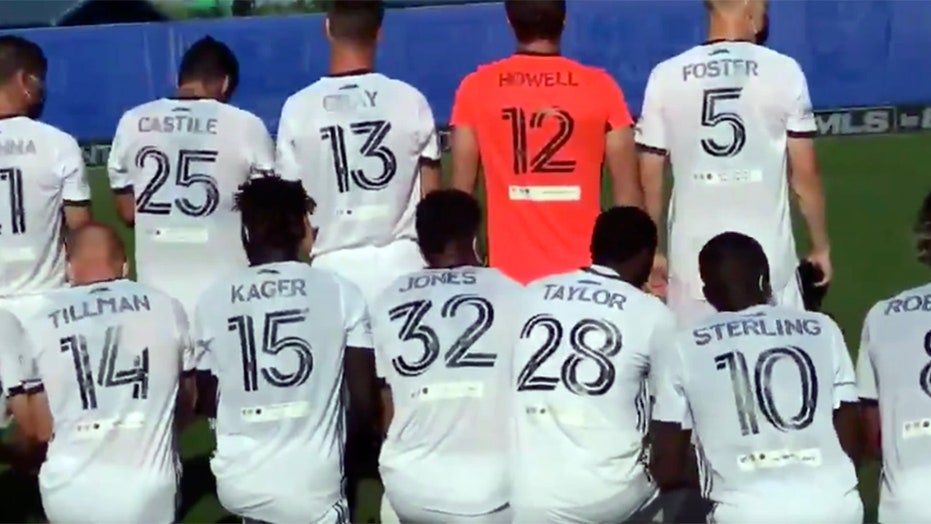 Philadelphia Union players honored Black victims of police brutality by wearing their last names on the back of their jerseys during the club’s first match of the MLS is Back Tournament on Thursday.

Players lined up before the match in Black Lives Matter T-shirts, which they took off to reveal the names on their jerseys.

“Our players stand together,” the club said in a tweet. “One name too many.”

Goalkeeper Andre Blake wore the name of George Floyd, a 46-year-old Black man who died on May 25 while in the custody of Minneapolis police. Breonna Taylor, John Crawford and Eric Garner were among the other names represented during Thursday’s match against New York City FC.

TEXANS’ J.J. WATT COULD OPT OUT OF SEASON IF NFL REQUIRES PLAYERS TO WEAR MASKS: ‘YOU CAN KEEP THAT’

“I have to say I'm very proud of my players throughout the past four months for the leadership they've shown, the leadership role they've taken in the BLM movement, educating the other players on our team,” Union manager Jim Curtin said after the club’s win, ESPN reported.

"The idea today was action over permission; I hope the league understands that. It was done to show respect, to learn, to grow, to make our country better. I'm really proud of my players for everything they've done."

The NBA previously floated the idea of wearing the names of Black victims of police brutality on their jerseys once the season returned but ultimately decided to go with unifying social justice messages like “Equality” or “Black Lives Matter.”