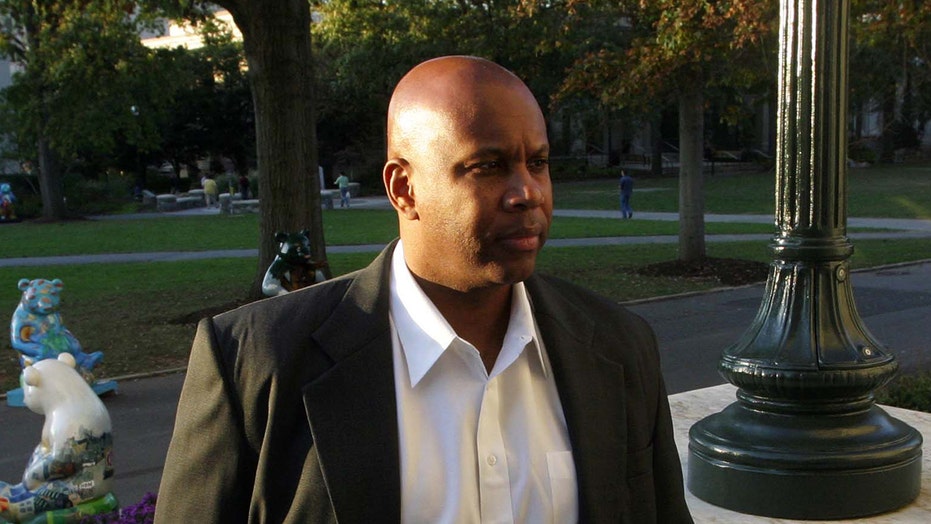 Kermit Washington, a former NBA All-Star serving six years in federal prison for charity fraud, was denied release despite concerns over the coronavirus, according to a report Sunday.

The 68-year-old Washington, who played for five NBA teams in the 1970s and 1980s, last month argued he was at a "high risk of death or serious illness from COVID-19" due to the "extreme rate of infection" in the U.S. prison system, according to court documents obtained by TMZ Sports.

But officials now say that Washington’s COVID-19 argument was “not enough” to grant his release, the outlet reported, citing new court documents.

Washington, pictured here in 2004, played in the NBA for nearly a decade. (Dudley M. Brooks/The The Washington Post via Getty Images, File)

"The risk of the spread of COVID-19 alone is not enough to constitute extraordinary and compelling reasons for release," the documents stated.

Thousands of inmates have been released from prisons across the country over fears COVID-19 could rapidly spread through the crowded systems.  Some of the released inmates committed low-level, or non-violent crimes, officials have said.

While prisons have ramped up precautions, some inmates and staff have still contracted the virus. Earlier this month, a federal prison in Texas reported an outbreak of 423 new cases, while the news of a potential early release saw inmates in California deliberately try to infect themselves with the virus.

Kermit Washington, #24 of the Los Angeles Lakers, looks to put a move on Elvin Hayes, #11 of the Washington Bullets, during an NBA basketball game circa 1976 at the Capital Centre in Landover, Maryland. Washington played for the Lakers from 1973-77. (Photo by Focus on Sport/Getty Images, File)

Washington was drafted fifth overall in 1973 by the Los Angeles Lakers, where he spent the first five seasons of his nearly decade-long NBA career. He would go on to play for the Boston Celtics, San Diego Clippers, Portland Trail Blazers before retiring in 1983. He made a brief comeback in the 1987-1988 season, but only played in six games for the Golden State Warriors.

Despite getting an All-Star nod in 1980 while in Portland, Washington was best known for throwing a punch that seriously injured Houston Rockets player Rudy Tomjanovich during a 1977 game. Tomjanovich required surgery to reconstruct his face after suffering a fractured skull, a broken nose and broken jaw.

In 2016, Washington was accused of spending thousands of dollars in donations intended for a charity to help children in Africa for his own gain, including paying for vacations, jewelry and entertainment.

He pleaded guilty in 2017 to two counts of making a false statement in a tax return and one count of aggravated identity theft. In 2018, he was sentenced to serve six years and ordered to pay nearly $970,000 in restitution, USA Today reported at the time.