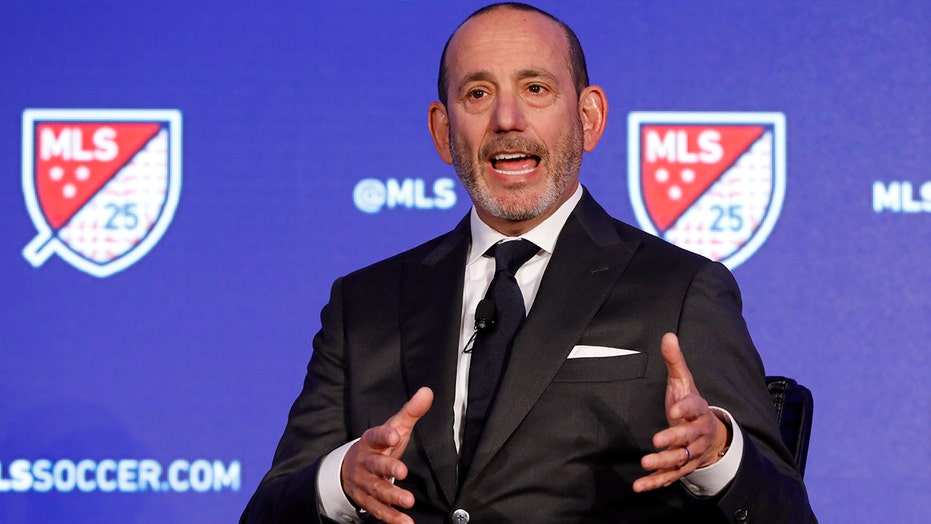 In light of Major League Baseball's trouble with its season, Major League Soccer's plan to resume play in its local markets is under scrutiny.

The league has been buoyed by the success of its MLS is Back tournament in Florida, which concludes Tuesday with the title game between the Portland Timbers and Orlando City. With teams headed home, the plan now is for an abbreviated season.

“It started with a tournament in a bubble, but in our minds it had always been that we would get back into the markets at some point soon," MLS Commissioner Don Garber said. "And that transition from the successful tournament to playing in our home markets is no different than the process with our tournament: It is very closely following the guidance of our medical experts and our infectious disease advisors, and in consultation with the local health authorities and government officials in all of our local markets.”

The tournament got off to a rocky start when both FC Dallas and Nashville were forced to withdraw because of positive coronavirus tests. But only two other players have tested positive in the bubble at ESPN's Wide World of Sports complex at Walt Disney World.

MLS, the National Women's Soccer League, the NBA and the WNBA have been able to successfully play games amid the pandemic, but in controlled environments with players sequestered from the general public. The NHL has resumed its season in “secure zones” in Toronto and Edmonton, and the league says it has not had any positive tests.

But MLB, playing in home stadiums without fans, has had some two dozen games postponed because of the coronavirus. Outbreaks have notably impacted the Marlins and Cardinals.

The NFL is planning games in the fall, although 67 players have opted out. The players association says 56 players have tested positive since the start of training camps on July 26.

The USL Championship, the tier below MLS in American soccer, has been playing in local markets since July 11 but there have been more than a dozen games postponed because of positive tests. LA Galaxy II has had 11 positive tests.

The MLS plan comes amid increasing coronavirus cases in the United States, with more than 5 million contracting the virus and 162,000 deaths.

Dr. Carlos del Rio, an infectious disease expert who is chairman of the Hubert Department of Global Health at Emory University’s Rollins School of Public Health, has reviewed Major League Soccer's plans for playing out the season and believes it is sound.

He pointed to the league's mandate that teams take charter flights or buses to the games, with no overnight hotel stays. That will cut down on the contact the teams have with the public. The league's rigorous testing program also should help prevent outbreaks.

“I think the major difference between what MLS does and what baseball is doing is, let’s say Atlanta United was playing in New York. They’re flying in the morning, they’re playing and they’re flying back home. So they’re not staying there overnight, there’s no risk of the players going to hotels, staying at an unknown place, having to get meals in a restaurant or go out to eat," del Rio said. "They’re not having back-to-back games. And that will give them the opportunity to test them again before the next game. So I think there’s some fundamental differences."

But players will individually need to be diligent in protecting themselves away from the team, he said.

“I think that’s where the issues are. And that’s why I think it’s very going to be very important that the players have the discipline and have the education about those risks and try to avoid that, because the reality is those are the things you cannot control,” he said. "So it’s less about the bubble or the market, it is more about what happens outside of those settings.”

Del Rio is on the NCAA's COVID-19 advisory panel. He is not so certain about college football this fall, considering all the variables involved. The most important thing, he said, was that the nation needs to comprehensively address the pandemic.

For Chicago Fire coach Raphael Wicky, the resumption of the season is a chance for his team to move on from a disappointing showing at the MLS is Back tournament. But he too emphasized the importance of individual responsibility.

“Knock on wood, we never had a positive test in our team and in our club. So, I think we were very disciplined, but it’s very important that we keep doing that," Wicky said. "Especially now, everyone’s back home. It’s summer, everyone has a life, but we tell the players, `Look, you’ve got to be very careful and you’ve got to follow the rules, wearing masks, social distancing.'”

Garber said that if circumstances merit it, he won't hesitate to pull the plug on the rest of the season.

“We believe we have a good plan, we believe our players and our staff are focused on adhering to our protocols, and if we’re able to do that, we ought to be able to get our games in,” Garber said. “And if we can’t do that in a way that’s safe, and one that’s ensuring the health of our players, we’ll have to address it. If it doesn’t work then we won’t move forward."