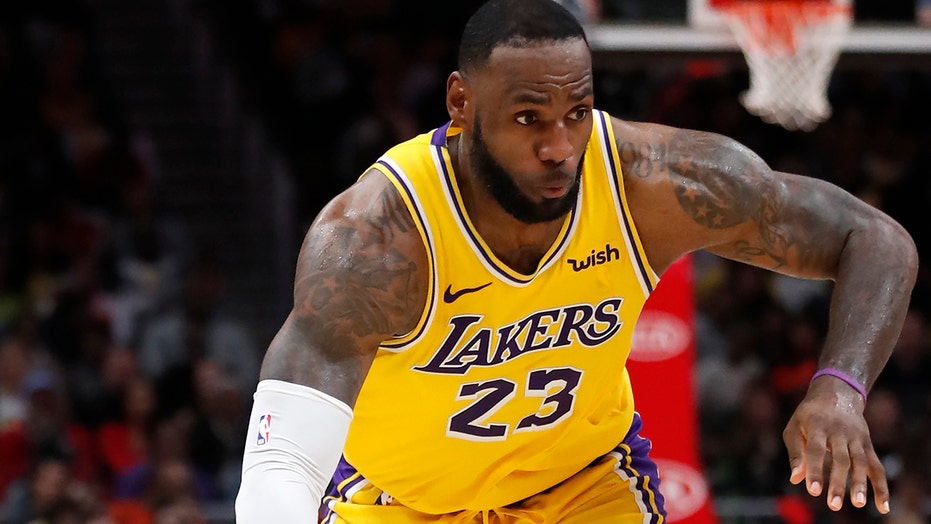 LeBron James and other pro athletes spoke out about the death of a Minnesota man while in police custody Tuesday, with some throwing their support toward NFL quarterback Colin Kaepernick.

James posted a photo on Instagram which appeared to show a Minneapolis police officer kneeling on the neck of a man identified as George Floyd alongside a picture of Kaepernick kneeling during the national anthem. The picture was captioned “This… … Is Why.”

The Los Angeles Lakers superstar also added: “Do you understand NOW!!??!!?? Or is it still blurred to you??”

“DONE BEING QUIET AND DONE BEING ANGRY. HOW CAN WE FEEL SAFE WHEN THOSE MEANT TO PROTECT US ARE KILLIN’ US?!!!! WHEN WILL MINORITIES BE FREE TO BE AMERICANS IN AMERICA!?” he wrote.

UFC star Jon Jones added: “There needs to be a nationwide policy change. When a man is in handcuffs and is screaming that he cannot breathe. Get the f—k off his chest and or neck. If you cant hold a man who is in handcuffs down by his feet you’re a p---y and probably shouldn’t be wearing that badge.”

Other athletes also chimed in.

Floyd died Monday night during an incident with Minneapolis police officers. Video later emerged showing Floyd on the ground with a police officer pressing his knee against his neck. Footage released appeared to show Floyd shouting, “I cannot breathe” and “Don’t kill me.”

The police were reportedly responding to a call that a forged check had been used at a convenience store.

The four officers linked to Floyd’s death were fired Tuesday. The FBI also has been called to investigate the incident.