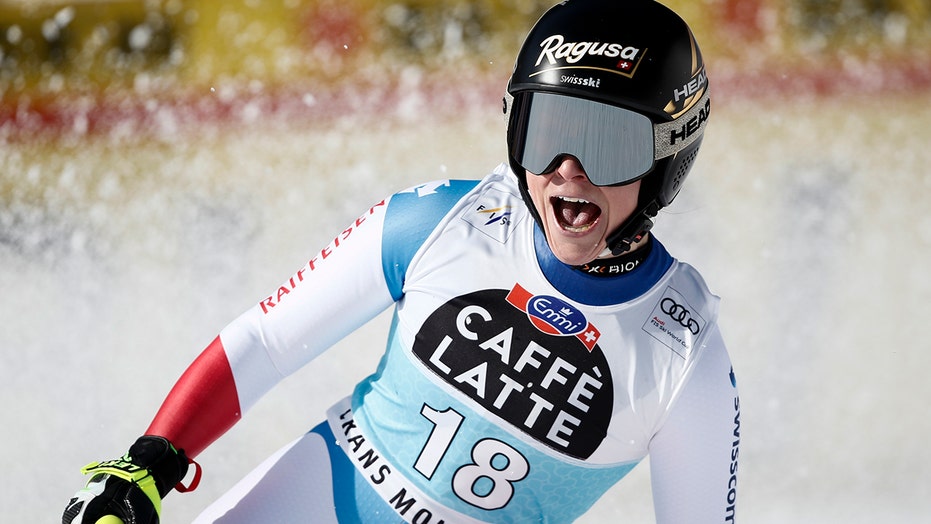 The former teenage prodigy, an overall World Cup champion in 2016, led a 1-2 Swiss finish in a downhill race Friday on the Mont Lachaux course, beating discipline leader Corinne Suter by 0.80 seconds. Stephanie Venier of Austria was third, 0.92 behind.

It was the biggest winning margin in a women's downhill this season.

“Finally, I was able to ski the way I wanted,” Gut-Behrami said. “I wasn’t thinking. When I’m thinking I know that I’m slower, and this has been happening almost the entire season.”

An elite speed racer with an Olympic medal and seven career World Cup winsin the marquee discipline, Gut-Behrami had a best result of 10th place in the six previous downhills.

While Gut-Behrami's form had slipped, Suter has built on her world championship silver medal from last year to be the top-ranked Swiss downhiller. Suter can clinch the season-long discipline title on Saturday, taking advantage of closest challenger Mikaela Shiffrin’s extended break from racing after the death of her father.

“I don’t watch these standings,” said Suter, whose nearest rival is now Ester Ledecka, the 2018 Olympic gold medalist in skiing and snowboarding who finished 11th on Friday.

Shiffrin still leads the overall standings but two racers moved closer to the three-time defending champion. Petra Vlhova was fourth on Friday, 1.08 behind, to score an unexpected 50 World Cup points for a career-best result in downhill. The Slovakian slalom specialist only ever started one World Cup downhill until last month.

Federica Brignone tied for seventh to earn 36 points and cut Shiffrin’s lead to only 77. The Italian racer is favored to score 100 points in Sunday’s combined event, a race she won in the past three seasons at Crans-Montana.

Friday’s win was the 25th of Gut-Behrami's World Cup career and the first since she married Switzerland international soccer player Valon Behrami.

Suter looked to be the likely winner until Gut-Behrami, starting 18th, began a consistently fast run on the 2.45-kilometer (1 1/2-mile) course. Gut-Behrami had a half-second lead midway down and clocked the second-fastest speed check at 105 kph (65 mph).

The sun-bathed, south-facing slope hosted an extra downhill this weekend to replace the Feb. 1 race canceled by bad weather on the 2014 Olympic course in Russia.

Vlhova was among several skiers launched off a mid-race jump, and she needed to twist in mid-air to maintain balance and stay on the racing line.

A slick racing surface saw some racers go too fast through corners and miss a gate. Elisabeth Reisinger of Austria was airlifted from the mountain after crashing and sliding into a safety fence.

Last year, there was a finish-line timing problem at the race in Crans-Montana downhill. The podium places were amended three days later and Gut-Behrami dropped from third to sixth.