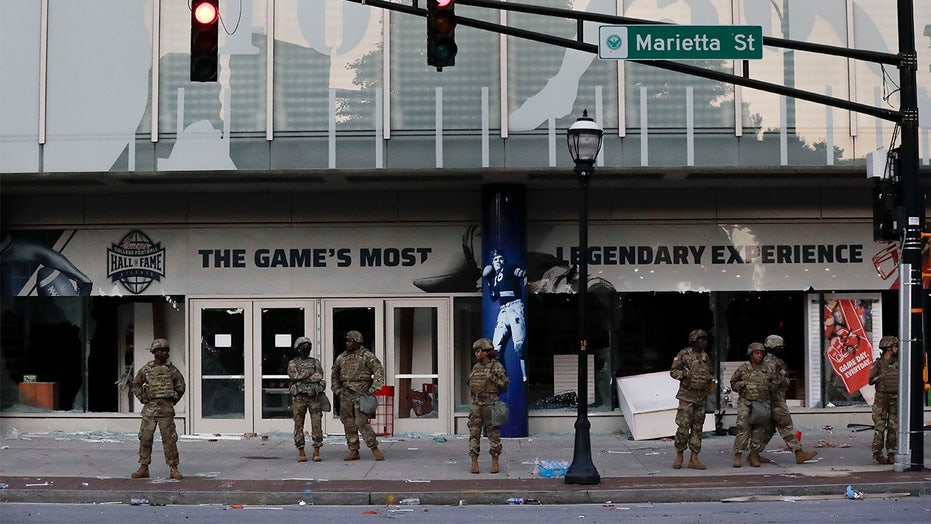 Atlanta Police Department Sgt. John Chafee said in a statement Saturday that the $68.5 million facility in Atlanta was one the businesses targeted by looters.

"Protesters continue damaging businesses, looting and setting fire to buildings," Chafee said in a statement obtained by ESPN. "There has been looting at the College Football Hall of Fame ... and many other businesses. We are grateful for the assistance being provided by multiple local and state law enforcement partners as we work to minimize the damage being caused by these individuals and to restore order in our city."

College Football Hall of Fame CEO Kimberly Beaudin also issued a statement condemning the damage done to the city and the Hall of Fame facility.

"We support the peaceful protests that honor [Floyd's] memory but unfortunately deteriorated into chaos and disorder," her statement read, according to the report. "We are heartbroken to see the damage to our city and the Hall of Fame.”

She continued: “In the coming days and weeks, we'll work to pick up the pieces to rebuild the sacred walls that housed memories and honored those who played the game, many of whom fought these same injustices throughout their storied careers.”

Beaudin told ESPN separately that the looters were unable to enter the museum attraction and so no artifacts or displays were damaged or taken.

"We're just trying to get everything boarded up and secure," she said. "We've had estimators and insurance out, but we don't know the monetary damage yet."