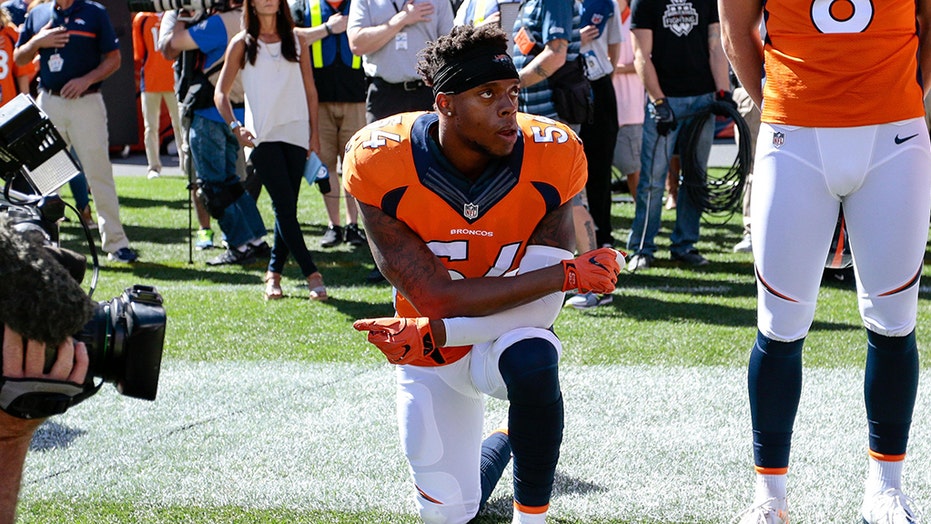 Former Denver Broncos linebacker Brandon Marshall says he’s hopeful that the message about social injustice that he and Colin Kaepernick first shared in 2016 will finally be heard.

Marshall recalled when he and Kaepernick began kneeling during the national anthem to protest police brutality and social injustice, telling reporters on Monday that he hopes the message will be better received in the wake of the police-involved death of George Floyd last week.

“Back then, we were called rogues, people said that we didn't deserve jobs, but this is what we were talking about then,'' Marshall said, according to ESPN. "I think people are looking at [Kaepernick] now like, 'OK, maybe he knew.' People didn't want to hear the message after, 'Oh, they were kneeling.' They didn't want that message, weren't ready for it, didn't listen.”

He continued: "I hope, and I look at it, I hope people are ready for the message. I really hope they're ready for change.''

Marshall said he’s since spoken to Kaepernick after a video of Floyd in police custody that appeared to show one officer with a knee on his neck as he screamed for help and that he was having trouble breathing.

“We talked some about what's happened -- and this is why he started the Know Your Rights foundation -- and I asked him if he needed me to do anything or what I could do to help,'' he said. "He said right now, at the moment, he's concentrating on legal assistance for the protesters, but we'll talk more moving forward.''