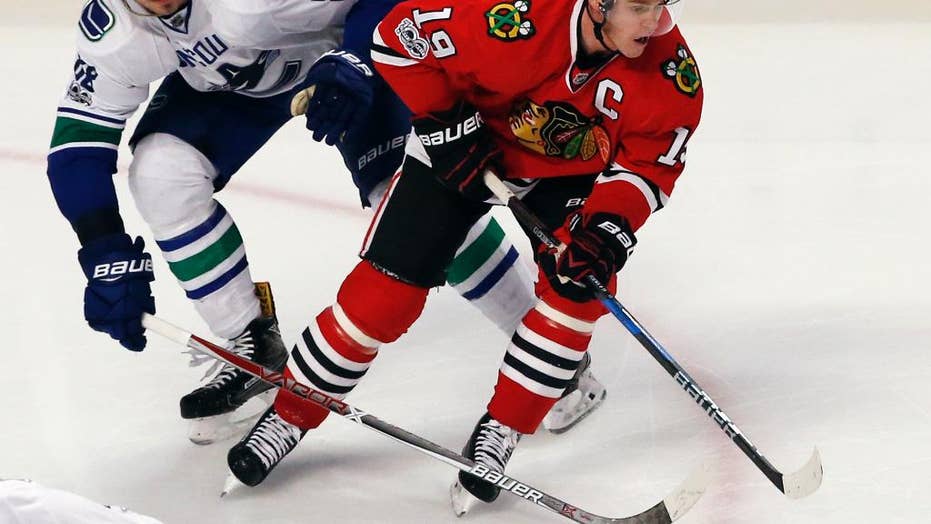 Chicago Blackhawks captain Jonathan Toews was the latest professional hockey player to come forward with his thoughts on the George Floyd protests, telling his followers on Instagram Monday to “open our eyes and our hearts.”

Toews message began with an honest take about his initial thoughts regarding the violent images of protesters and how those thoughts evolved.

“A lot of people may claim these riots and acts of destruction are a terrible response. I’ll be the first to admit that as a white male that was also my first reaction,” his post read. “But who am I to tell someone that their pain is not real? Especially when it is at a boiling point and impossible to hold in anymore. It’s obviously coming from a place of truth. This reaction isn’t coming out of thin air.”

While admitting to not “condoning or approving” looting, Toews claimed that the time for peaceful protesting has passed.

“... are we really going to sit here and say that peaceful protesting is the only answer? There has been plenty of time for that, and if it was the answer we would’ve given it our full attention long ago.”

The 32-year-old centerman finished his thought by explaining his “message” and calling for “love and awareness.”

“My message isn’t for black people and what they should do going forward. My message is to white people to open our eyes and our hearts. That’s the only choice we have, otherwise this will continue.

“Let’s choose to fight hate and fear with love and awareness. Ask not what can you do for me, but what can I do for you? Be the one to make the first move. In the end, love conquers all.”