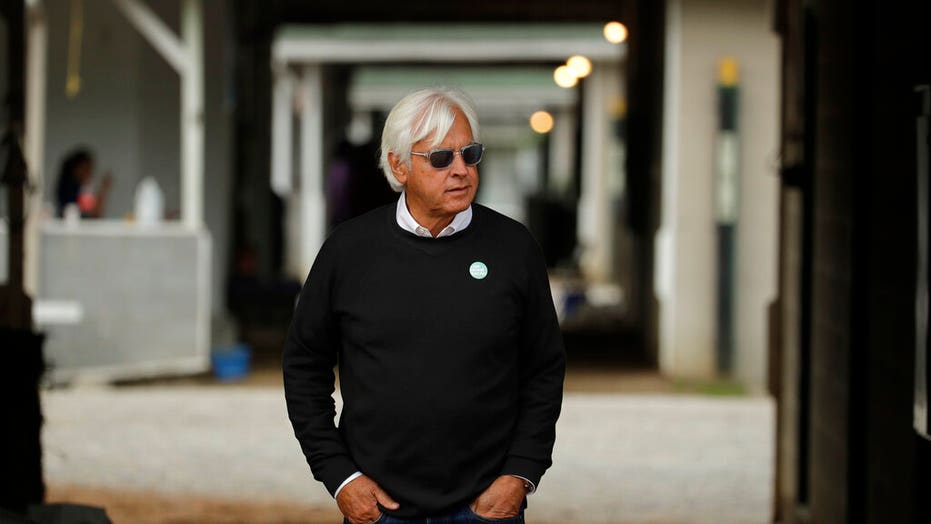 Amid a Triple Crown season twisted out of order by the coronavirus pandemic, the Arkansas Racing Commission announced Wednesday the suspension of renowned trainer Bob Baffert for 15 days after two of his horses tested positive for a banned substance.

Baffert, who has twice trained Triple Crown-winning horses, will reportedly appeal the decision, which the commission said would run from Aug. 1 to 15.

Both horses tested positive for lidocaine in two separate samples apiece after winning Arkansas races on May 2, the New York Times reported.

One of the horses, a 3-year-old named Charlatan, won the Arkansas Derby that day. The colt had been considered a contender for this year’s Belmont Stakes in June but ended up not running.

The other, Gamine, went on to set a record in the Acorn Stakes at Belmont Park last month.

Under Arkansas regulations, the owners of horses that test positive for banned substances have to forfeit their prize money. Charlatan on $300,000 and Gamine won another $36,000 before their positive tests, according to reports.

FILE - In this Wednesday, May 1, 2019, file photo, trainer Bob Baffert looks out from his barn before a workout at Churchill Downs in Louisville, Ky. Two-time Triple Crown-winning trainer Baffert has been suspended for 15 days by the Arkansas Racing Commission after two of his horses tested positive for a banned substance. The commission says in a ruling that the suspension runs from Aug. 1 聽to Aug. 15, 2020. (AP Photo/Charlie Riedel, File)

In horse racing, the owners and trainers of a horse are usually different people and are collectively known as the animal’s “connections.” But it is trainers who are considered responsible when a race horse tests positive for a banned substance under the Arkansas Racing Commission’s rules, which are republished every year.

The rules say lidocaine is only permissible in concentrations of 20 picograms per milliliter in a race horse’s blood. A picogram is one trillionth of a gram.

Charlatan and Gamine had concentrations of 185 picograms and 46 picograms, respectively, Baffert said in a statement.

Lidocaine is considered a Class 4 controlled substance under the commission’s rules, which state, “Drugs in this category comprise primarily therapeutic medications routinely used in racehorses. These may influence performance, but generally have a more limited ability to do so.”

At a hearing, Baffert blamed the drug’s presence on an accidental exposure after an assistant used a lidocaine patch on himself due to a broken pelvis, the Times reported.

It is used for humans as a local anesthetic, according to the National Institutes of Health.

“This is a case of innocent exposure and not intentional administration,” Baffert said in the statement. “The extreme sensitivity of modern day testing can now pick up trace levels of innocent contaminants that have no effect on a horse. This is an issue that regulators of horse racing need to account for and address.”

It’s not the only issue racing regulators are facing. There have been dozens of race horse deaths at California’s Santa Anita Park stretching back to 2018.

And separately, due to the coronavirus pandemic, the Triple Crown races are scheduled out of order this year.

Tiz the Law won the Belmont Stakes on June 20, the same day Gamine won the Acorn Stakes in a wire-to-wire first-place finish.

The Kentucky Derby, which normally kicks off the Triple Crown series, has been pushed back to Sept. 5, and the Preakness, typically the middle race, won’t happen until October.

In 2015, the Baffert-trained American Pharoah (sic) became the first horse to win all three races since Affirmed in 1978. Justify repeated the feat in 2018.

Baffert has also been cited for more than two dozen previous drug violations, the Times reported -- and in 2018 Justify failed a drug test after winning the Santa Anita Derby.

The trainer told the Associated Press at the time that it was the result of "obvious environmental contamination."