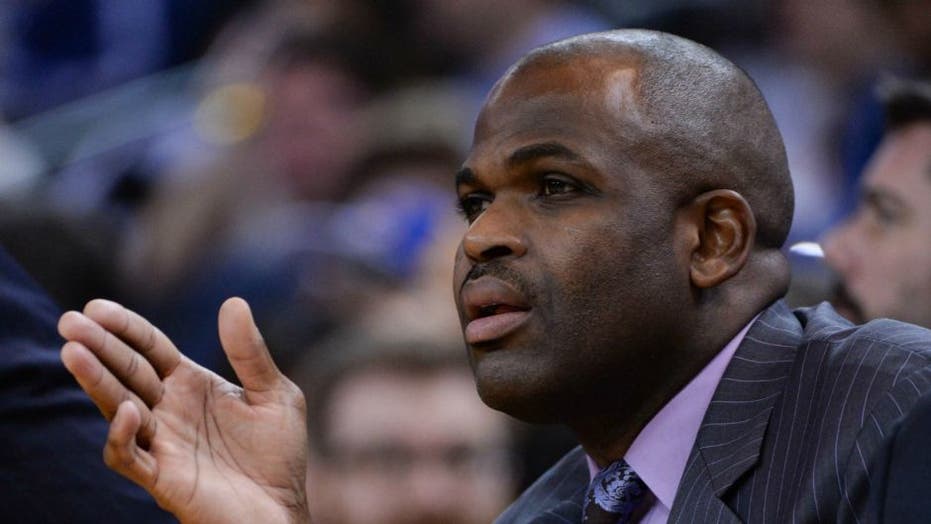 Restarting sports may be key to reopening

Dr. Neal Elattrache, Sports Medicine Director at Cedars-Sinai, joins Laura Ingraham to discuss how restarting sports may be the key to reopening the country.

Formulating a plan to get a team ready for the restart of the NBA season wasn’t as difficult as one might expect for Indiana coach Nate McMillan.

Turns out, he’s been through something similar to this before.

Spending an extended stretch away from home during the summer, while unprecedented as part of an NBA season, isn’t exactly a foreign concept for those with USA Basketball experience like the Olympics and the World Cup. Plenty of players and coaches at Walt Disney World see parallels between those experiences and this challenge.

“I had that opportunity to work with the Olympic team and preparation was very similar to what we’re going through here,” said McMillan, who was an assistant under Duke’s Mike Krzyzewski on the USA Basketball staff from 2006 through 2012. “Having a training camp, basically, at a hotel and getting ready for a 45- to 60-day season. ... We’re going to have three scrimmage games, eight so-called regular season games and then we’re in the playoffs so it’s very similar to preparing to play for the gold medal.”

Players who have been through the World Cup or Olympic grinds agree that there’s a level of familiarity with this sort of schedule and situation.

“It helps tremendously,” said Toronto guard Kyle Lowry, who was part of the U.S. gold-medal-winning team at the Olympics in 2016. “In Rio it was a lot more strict and tighter because we were living on a boat. That experience was pretty awesome. ... But living on a boat, to be in a smaller room and not have as many amenities it really kind of prepared me for this.”

Even players who have been part of USA Basketball’s events for younger players, like Under-18 or Under-19 tournaments internationally, know the drill when it comes to living in a hotel for a few weeks and not having a lot of latitude when it comes to being free to roam. Players at Disney cannot leave the campus because of coronavirus protocols, though the league has made plenty of entertainment options — fishing, golf, boating, table tennis and more — available to them.

Houston coach Mike D'Antoni said he would follow much of the same policies that the U.S. program used when he was an assistant on those national-team staffs, such as a heavy reliance on medical personnel to determine what days to have a hard practice and what days to take it a bit easier. Phoenix coach Monty Williams said he also refreshed his memory on national-team days when putting together a plan for his team's stay at Disney.

“It has forced me to dig into the archives of that time with USA Basketball,” said Williams, another former national team assistant under Krzyzewski. “I’ve heard a lot of the players say that it reminds them of AAU, but for me it reminds me so much of my time in Spain at the World Cup. It’s a bit longer than the Olympics ... and you have a lot of free time.”

Pacers center Myles Turner was with the U.S. team that competed in China last summer at the World Cup, a group that spent more than seven weeks together between training camp, exhibition games in the U.S. and Australia, and then the tournament itself.

The Pacers have clinched a playoff spot, so they’re assured of spending at least seven weeks at Disney this summer. It’s another long summer for Turner, and he’s not complaining.

“There is a lot of similarity in how it’s set up, but for me personally, I just think that it’s a great time for everybody to kind of stay focused,” Turner said. “There’s no distractions. Everybody’s locked in and focused. So, there’s really not a lot that can go wrong in a basketball sense.”

One difference at Disney is that nobody has family members with them until at least the second round of the playoffs. At an Olympics, it’s typical for family and friends to make the trip — and at last year’s World Cup, a small number of players also made arrangements for family to join them in China.

“This is a little bit different than that, but certainly the timing is similar and the timing for us as far as preparation is probably more like a FIBA-type schedule than it is like a training camp,” Boston coach Brad Stevens said. “You’re practicing for a couple weeks and then you’re playing a few games and then it really, really counts.”