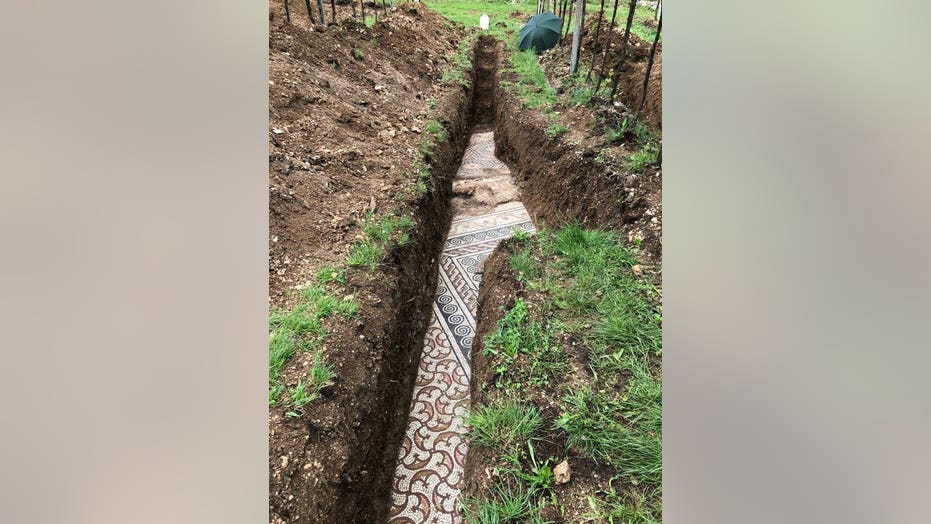 An Ancient Roman mine and road unearthed during excavations in Cornwall, England.

A stunning Roman mosaic has been uncovered beneath a vineyard in Northern Italy.

The mosaic was first discovered over a century ago, according to a statement released by officials in Negrar di Valpolicella, which is near Verona. Recent excavations, however, have finally brought the mosaic to light, they say.

Once part of a Roman villa that was first discovered over a century ago, the elaborate mosaic has been buried since Roman times. Photos released by officials show that just a small section of the mosaic has been revealed. Significant resources will be needed to make the mosaic fully accessible, they explain.

The mosaic was discovered beneath a vineyard in Northern Italy. (Comune di Negrar di Valpolicella)

A sinkhole that appeared near the famous Pantheon in Rome recently revealed an ancient imperial pavement.

Italian news agency ANSA reports that the seven blocks were found about 8.2 feet below cobblestones in front of the Pantheon. They date back to 27 to 25 B.C., according to the report.

The mosaic was once part of a Roman villa. (Comune di Negrar di Valpolicella)

Researchers also discovered an ancient fast-food joint in the ruins of Pompeii near Naples. In 2018, experts uncovered a scrawled piece of text on a wall in Pompeii that is rewriting the history of the famous ancient eruption of Mount Vesuvius.