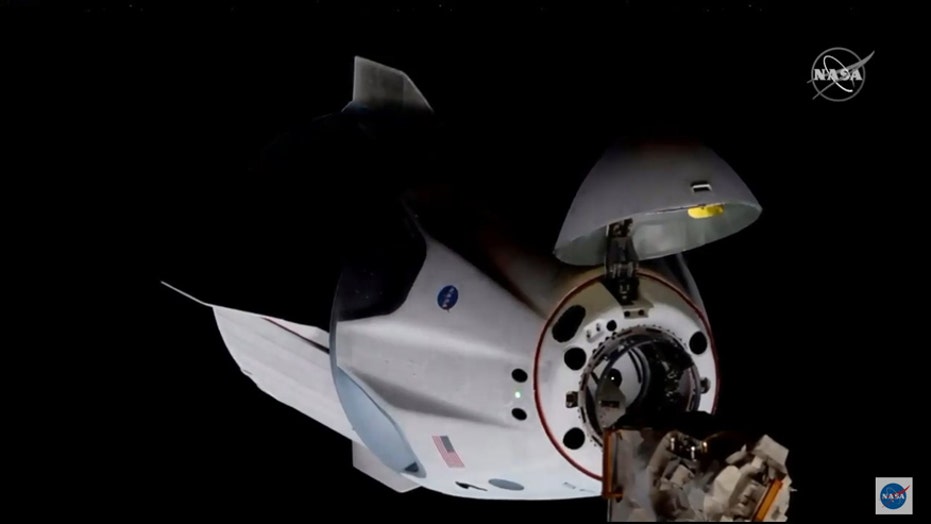 The spacecraft launched atop a SpaceX Falcon 9 rocket from Kennedy Space Center Saturday. The mission is the first time that astronauts have launched from American soil since the final Space Shuttle flight in 2011.

The mission is also the first time a private company, rather than a national government, has sent astronauts into orbit.

The spacecraft made its 'soft capture' docking with the International Space Station at 10:16 am ET after an almost 19-hour journey to the orbiting space lab. The space station was 262 statute miles above the border of northern China and Mongolia when the docking occurred. "Hard capture" docking was complete at 10:28 am ET with the full docking sequence complete two minutes later.

"Happy to be aboard!" said Hurley when the capsule was docked.

President Donald Trump and Mike Pence, who is chairman of the National Space Council, were at Kennedy Space Center to watch Hurley and Behnken lift off from storied launch pad 39A, which was also used for the Apollo and space shuttle programs.

On Saturday evening Hurley announced that the spacecraft, previously known as capsule 206, has been renamed Endeavour, continuing the tradition of astronauts naming their capsules.

“We would like to welcome you aboard capsule Endeavour,” he said. “We chose Endeavour for a few reasons – one, because of the incredible Endeavour NASA, SpaceX and the United States has been on since the end of the shuttle program in 2011. The other reason we named it Endeavour is little more personal – Bob and I, we both had our first flight on Shuttle Endeavour and it just meant to much to us to carry on that name.”