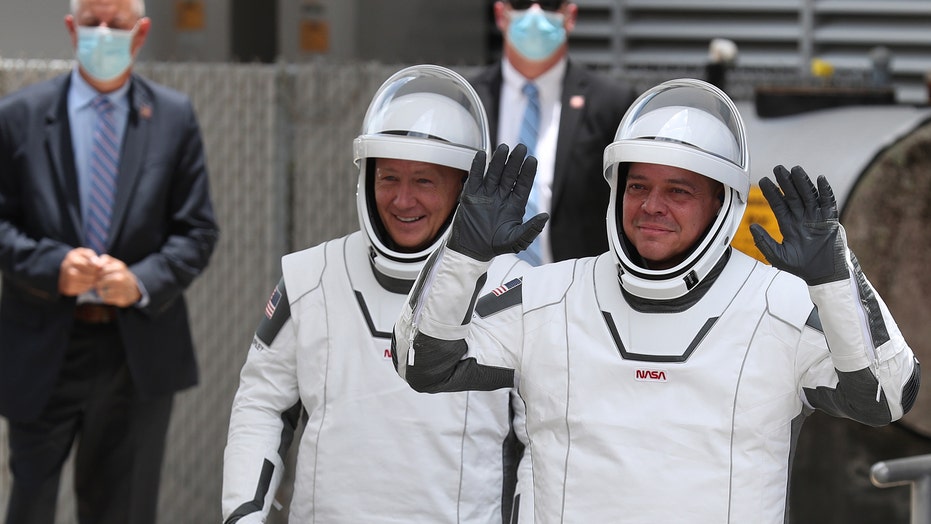 SpaceX and NASA are in the final stages of preparations for the historic launch that will send astronauts back to space from American soil for the first time since 2011.

Astronauts Doug Hurley and Bob Behnken are scheduled to launch at 4:33 p.m. EDT from Kennedy Space Center’s launch pad 39A, which was also used for the Apollo and space shuttle programs.

The astronauts are in the SpaceX Crew Dragon spacecraft that will carry them to the International Space Station.

NASA astronauts Bob Behnken (R) and Doug Hurley (L) walk out of the Operations and Checkout Building on their way to the SpaceX Falcon 9 rocket with the Crew Dragon spacecraft on launch pad 39A at the Kennedy Space Center on May 27, 2020 in Cape Canaveral, Florida. (Photo by Joe Raedle/Getty Images)

“The hatch is closed. The crew is settled in. #LaunchAmerica is on,” tweeted NASA shortly before 3 p.m. EDT.

The launch will be the first time a private company, rather than a national government, sends astronauts into orbit.

Launched atop the Falcon 9 rocket, Crew Dragon will accelerate to approximately 17,000 mph, according to NASA, placing the capsule on course for the International Space Station.