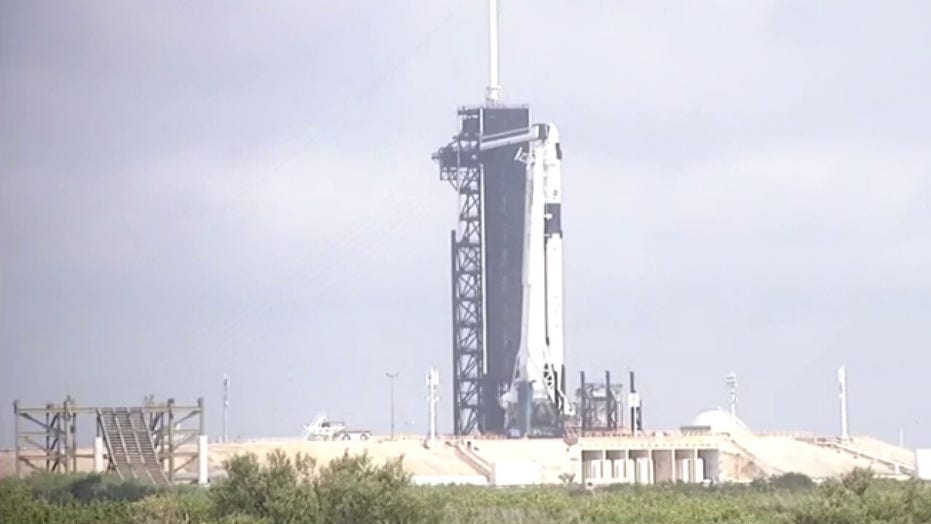 SpaceX and NASA’s historic launch was scrubbed Wednesday as a result of weather conditions.

Astronauts Doug Hurley and Bob Behnken were scheduled to launch at 4:33 p.m. EDT on May 27 from Kennedy Space Center’s launch pad 39A, which was also used for the Apollo and space shuttle programs. The launch was called off at just 16 minutes and 54 seconds before the launch time.

The mission had an instantaneous launch window, which meant that the flight was scheduled to launch exactly at 4:33 p.m. with no potential to extend the window.

The weather violations included natural lightning and the strength of the electric field in the atmosphere.

"Standing down from launch today due to unfavorable weather in the flight path," tweeted SpaceX.

"Thank you to @NASA and @SpaceX for their hard work and leadership. Look forward to being back with you on Saturday!," tweeted President Donald Trump, who was at Kennedy Space Center for the launch.

Vice President Mike Pence, who is chairman of the National Space Council, was also at Kennedy Space Center Wednesday and will be returning with President Trump for Saturday's launch.

"No launch for today - safety for our crew members @Astro_Doug  and @AstroBehnken is our top priority," tweeted NASA  Administrator Jim Bridenstine.

The next launch attempt will be on Saturday at 3:22 p.m. EDT.

Fox News' John Roberts and The Associated Press contributed to this article.