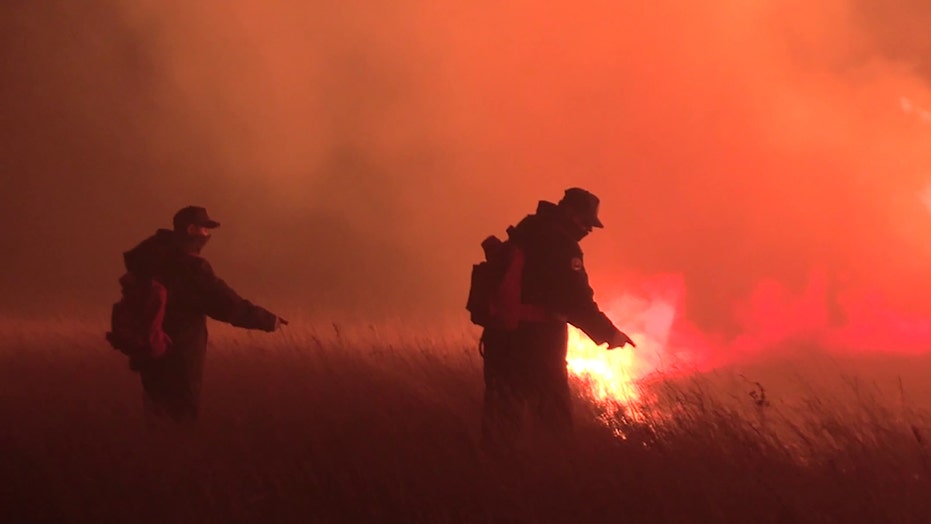 A heatwave in Siberia is sparking concerns about “zombie” wildfires that have been smoldering since last year.

The Siberian spring heatwave has brought record temperatures to areas above the Arctic Circle, according to media reports.

Amid the record temperatures, there are concerns that so-called “zombie wildfires” have been reigniting. New Scientist reports that the fires have smoldered in vegetation beneath snow since the blazes broke out last year.

On May 27, scientists from the Copernicus Atmosphere Monitoring Service (CAMS), which is operated by the European Union using both satellite and non-satellite data, said that it has seen "strong signals" of reigniting fires in the Arctic.

"Signals that 'zombie’ fires might have reignited in the Arctic Circle are cause for concern as last year’s wildfires in the region were unprecedented, emitting an estimated 50 megatonnes of carbon dioxide in June 2019 alone– the equivalent of Sweden’s total annual emissions," it said in the statement.

CAMS is closely tracking the fires. “As we move into the 2020 Boreal and Arctic wildfire season in the Northern Hemisphere, parts of the Arctic Circle have been more than ten degrees warmer than usual over the last couple of weeks,” it explained on its website Friday. “Higher-than-average temperatures during recent months may contribute to a higher number of more intense fires in the region.”

The service noted that while fires are common in the Northern Hemisphere between May and October, temperatures in the Arctic are increasing much more quickly than the global average. This, they explain, may contribute to more fire activity.

“Russia just had its warmest winter ever recorded,” added Copernicus Climate Change Service Senior Scientist Freja Vamborg in the statement. “Looking back over the past year, average temperatures in central and northern Siberia have been particularly anomalous compared to the rest of the world, seemingly mostly because April, February and January were much warmer than average.”

Russia is battling wildfires in various parts of the vast Siberian region.

On May 26, Russian News Agency Tass reported that as many as 64 wildfires were spotted in the country, spanning a total of 13,000 hectares. Citing Russia’s Minister of Natural Resources and the Environment Dmitriy Kobylkin, Tass reported that a state of emergency had been introduced in the Baikal region, a municipal district of Tuva, Khakassia and the Irkutsk region.

AUSTRALIA FIRES: NASA WARNS THAT SMOKE FROM BUSHFIRES WILL TRAVEL AROUND THE WORLD

The high Arctic temperatures have contributed to an earlier-than-usual ice melting season, The Independent reports.

Greenpeace has highlighted the risks posed by the wildfires. “It’s very concerning that fires were burning in Siberia this early in the season,” the organization tweeted on May 21. “The fires may be happening in remote regions of Siberia, but the entire world will be impacted.”