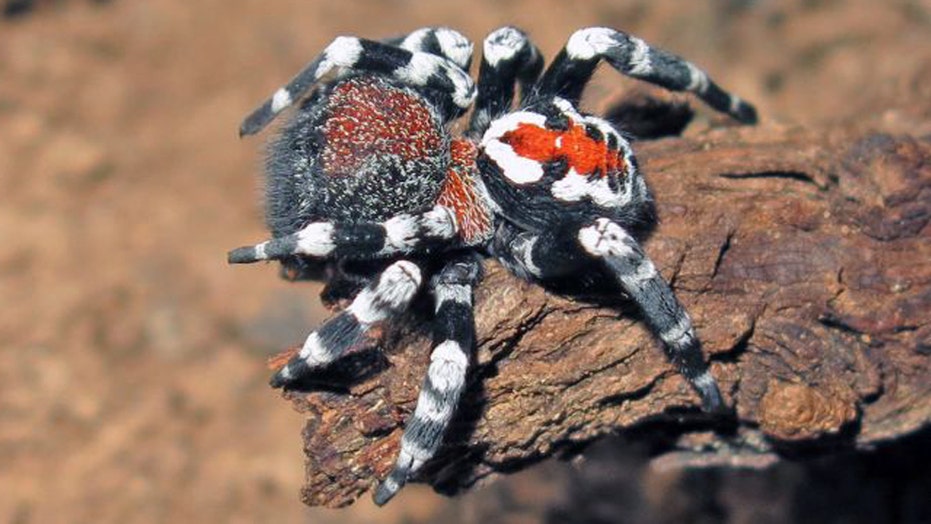 It's not just Arthur Fleck who didn't know if he really existed.

Scientists have discovered a new species of spider with a red-and-white pattern that is similar to the makeup worn by the infamous Batman villain, the Joker.

The 0.3-inch long spider, discussed in Arthropoda Selecta, was given the name, Loureedia phoenixi, after Joaquin Phoenix's portrayal of the nefarious comic book villain in the hit 2019 film," Joker."

"The new species is named after the American actor, producer and animal rights activist Joaquin Phoenix in recognition of his praised portrayal of the titled character in the 2019 movie 'Joker' and as a reference to the male abdominal pattern of the new species, which resembles the famous facial makeup of this character," researchers wrote in the study.

Phoenix went on to win an Oscar for Best Actor for his portrayal of the character. The movie grossed more than $1 billion at the box office, becoming the highest-grossing R-rated movie of all time, adjusted for inflation.

Loureedia phoenixi (a genus named for late American rock legend Lou Reed) was discovered in Iran, the first of the genus to be discovered outside the "Mediterranean," the experts added in the research.

Scientists still don't know much about the genus, given that "these spiders spend most of their lives in their subterranean nests," the study's lead author, Alireza Zamani, told LiveScience in an email.

So far, only male L. phoenixi spiders have been discovered, but Zamani hopes to find females by tracking the males.

"This way, you would also have the chance of observing and photographing the actual mating behavior, which has not been documented for any Loureedia species yet," Zamani added in his interview with the news outlet.

And who knows? Perhaps females have a bit of Harley Quinn look to them.