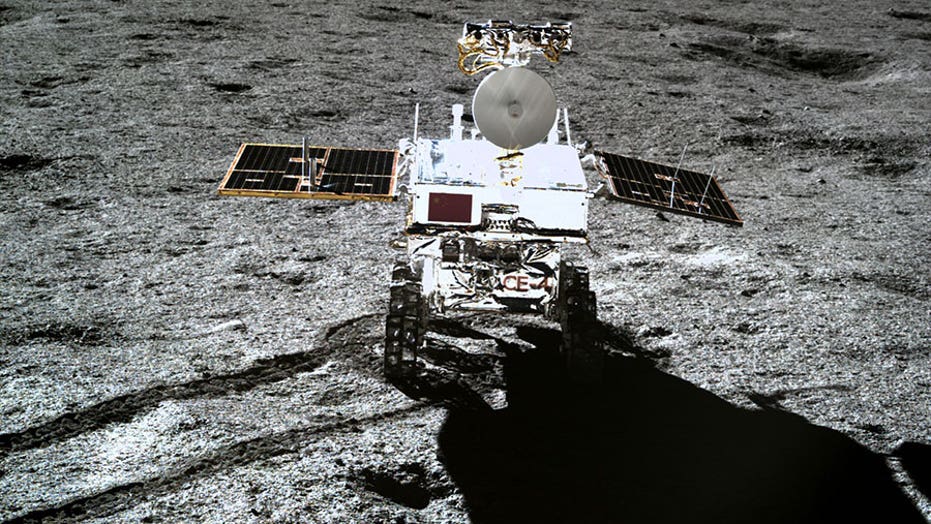 5 interesting facts about the moon

Five things you should know about the moon.

Scientists have identified a strange, gel-like substance that was discovered on the far side of the moon.

The material was found last year during China’s Chang’e 4 mission to the moon. Citing the Chinese language publication OurSpace, Space.com reports that the matter was “gel-like.”

China's Chang'e 4 moon rover, known as Yutu 2, photographed by the Chang'e 4 lander on the moon's far side. (CNSA)

In a paper published in the journal Earth and Planetary Sciences, researchers described the substance as a “dark greenish and glistening impact melt breccia.”

Impact melt breccia is a type of lunar rock formed from asteroids striking the surface of the moon.

In their paper, the scientists explain that the substance discovered by the Chang’e 4 mission’s Yutu-2 rover is similar to two melt breccia samples returned from the moon by NASA’s Apollo 15 and Apollo 17 missions.

In a separate project, scientists have used radar technology to shed new light on the subsurface of the moon.