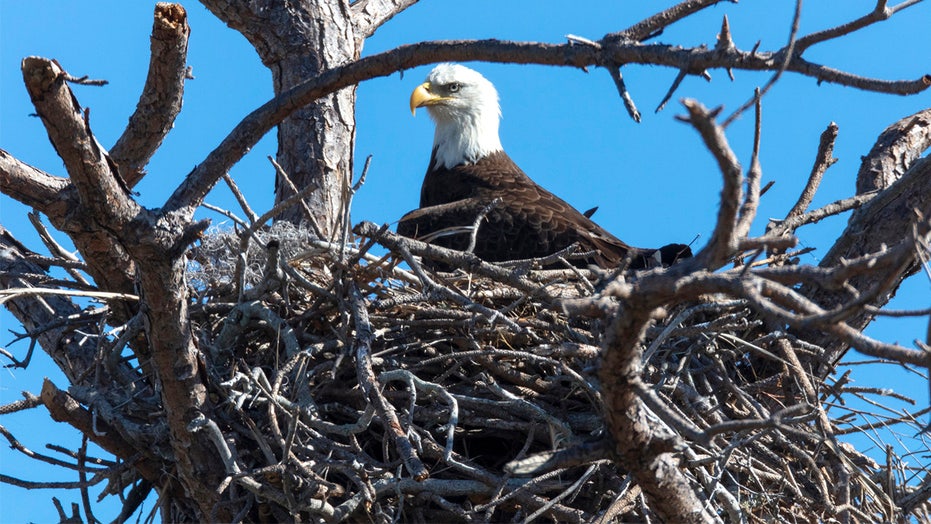 Bald eagle numbers in Massachusetts have soared so far in 2020, according to state wildlife officials.

They described the ascension as “a dramatic uptick,” with more than 70 active nests located so far this spring.

Among those nests is the first to have been seen with eggs on Cape Cod in 115 years, according to the Massachusetts Division of Fisheries and Wildlife, also known as MassWildlife.

The state said it recently improved the official status of the nation’s most iconic birds from “threatened” to “special concern" within its borders.

While state and federal laws have been established to protect bald eagles from human interference, the birds can fiercely fight for territory with each other and additional airborne predators.

This year also marked the first documented sighting of bald eagles nesting on Martha’s Vineyard, MassWildlife said in a press release -- but the eggs in that nest cracked in a battle between the eagle pair and two ospreys.

In other territorial disputes, a rogue eagle invaded other nearby areas and killed chicks in two additional nests on the mainland, MassWildlife said.

Authorities said the rise in active nests and the territorial incidents are “signs of a thriving eagle population in Massachusetts.”

Just a few decades ago, they were in danger of extinction due to habitat destruction, poaching and the contamination of their food supply with chemicals such as DDT, according to the U.S. Fish and Wildlife Service.

Over the past several decades, bald eagle numbers have rebounded, and the Fish and Wildlife Service says they are “an Endangered Species Act success story.”

They’ve made a strong resurgence in areas across the country, according to authorities in multiple states.

Ohio authorities announced last month that the bald eagle population there has soared by 151 percent since the last statewide headcount eight years ago. And the Arizona Game and Fish Department shared what it said were the first known photos of bald eagles nesting within the arms of a saguaro cactus taken in the state -- a scene that hadn’t been documented with pictures since 1937.

Wildlife authorities say birdwatchers should observe eagles from at least 100 yards away, as approaching a nest could lead parents to abandon their eggs.