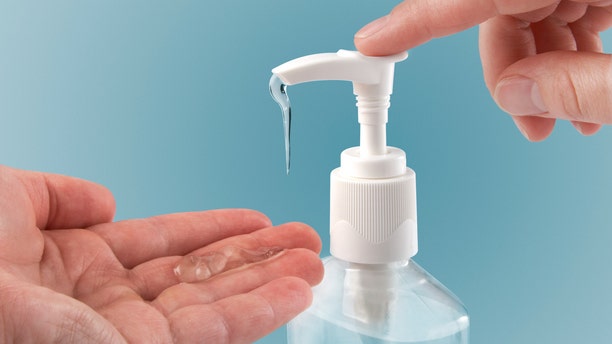 A man's medication for alcohol dependence caused him to have a strange reaction to hand sanitizer, according to a new report of the case.

The 43-year-old man was visiting his bank when he began experiencing what looked like an allergic reaction — he suddenly became flushed, nauseated and uneasy. His symptoms started after he had applied hand sanitizer to his hands when he arrived at the bank, to follow the rules that were in place for the COVID-19 pandemic, according to the report, published in the July issue of the journal Alcohol and Alcoholism.

The man was rushed to the emergency room, where he was found to have a fast heartbeat, or tachycardia, along with redness on his chest and face.

For three years, the man had been taking disulfiram, a medication to treat alcohol abuse that causes hangover-like effects — including flushing, headache, nausea, vomiting and fast heart rate — almost immediately after consuming alcohol. The drug causes these unpleasant side effects, which typically last about an hour,  to deter people from drinking; and the man said he had abstained from alcohol for three years.

Disulfiram works by blocking the enzyme aldehyde dehydrogenase, which helps rid the body of acetaldehyde, a breakdown product of alcohol that plays a role in causing the symptoms of a hangover. Thus, taking disulfiram leads to a buildup of acetaldehyde if people are exposed to alcohol. The drug has been approved for more than 50 years to treat alcohol dependence, and about 200,000 people in the U.S. regularly take the drug, according to Medscape.

Because exposure to even small amounts of alcohol can trigger a reaction, people taking disulfiram are warned not to use alcohol-containing products, such as some sauces, vinegars, cough syrups and mouthwashes; and to avoid breathing in fumes that may contain alcohol, such as from paint thinner or varnish, according to the Mayo Clinic. Hand sanitizers typically contain 60% to 70% alcohol, and should also be avoided, according to the National Alliance on Mental Illness.

In the man's case, doctors suspected a reaction to alcohol due to disulfiram, and he was treated with an antihistamine along with an injectable form of vitamin C, which are some of the recommended supportive treatments for a disulfiram-alcohol reaction, according to the U.S. Substance Abuse and Mental Health Services Administration.

The man's symptoms resolved after an hour, and he was released from the hospital but warned to either not use sanitizer or to stop using disulfiram, the report said. Sole author of the report, Dr. Avinash De Sousa, of Lokmanya Tilak Municipal Medical College in Mumbai, India, is the patient's psychiatrist, and after a consultation, "it was decided that because sanitizer use would be rampant, [the man] would cease disulfiram for the time being," De Sousa wrote.

A recent study, also published the July issue of Alcohol and Alcoholism, suggested that inhalation of the alcohol fumes from hand sanitizer, rather than absorption of alcohol through the skin, appears to be the main way that the alcohol in hand sanitizers reaches the bloodstream.